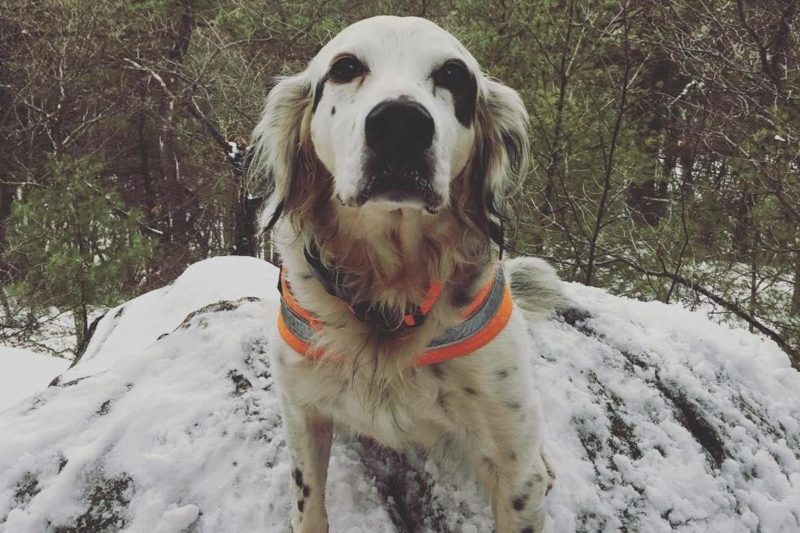 We all know how faithful creatures dogs are. They rush to help in need  not only their owners but other people or even animals without hesitation.

This brave dog put his life to protect his family from a huge bear.

Pete was a 14-year-old senior dog, who was first fostered, then adopted by a kind couple, Stephan and Cathi. He used to be a hunting dog before.

One day, in February, the couple decided to go for a hike with their three dogs in the woods of New Jersey. 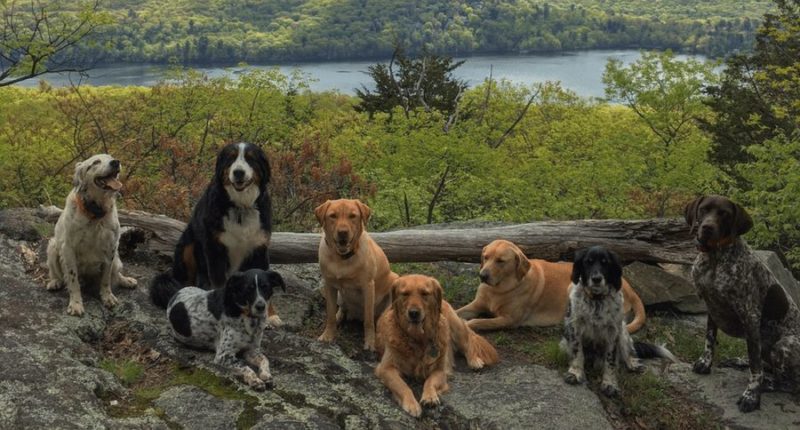 Suddenly a huge bear appeared from nowhere, encountering the couple and dogs, the bear so scared that he attacked them.

That time, the brave dog Pete, without having any fear, stepped to protect his family.

Stephan tried to put the other young dogs to a safe place, but when he came back, his brave dog was badly injured.

Pete behaved heroically, putting his life to protect his friends and human. 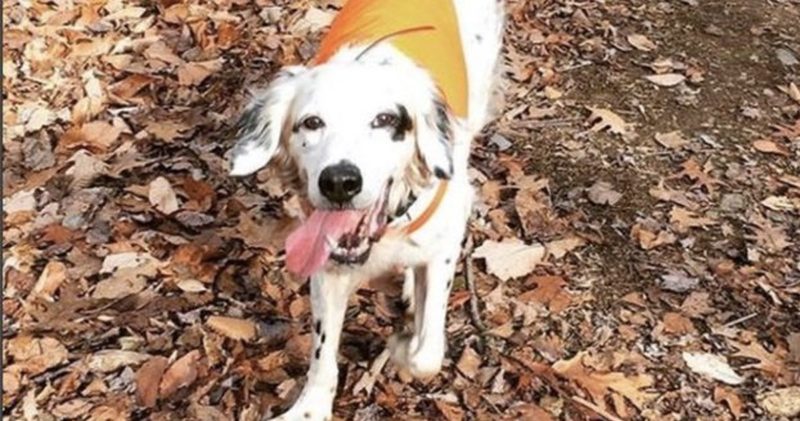 The concerned owners took the bleeding dog to the hospital. After investigation, it turned out that Pete had bad spinal damage, so, if he could survive after many surgeries, he would not be able to walk.

After long, heartbreaking thoughts the couple had to decide to put Pete down, to  set him free from suffering.

Pete was a happy, lovely dog, who liked to run around wagging his tail.

He spent 18 wonderful months with his caring humans, who gave him all their love and sweet home.

Stephan and Cathi will never forget their hero, who sacrificed his life saving them from the wild animal.

The story, though, has a sad ending, but it proves, how incredible souls dogs are.

Nanna Merle, 98, knits tiny woolen jumpers for penguins to keep them from getting cold
Animals
0 61

Hero in a leather jacket: a biker rescued a small dog being abused on the highway and made it his co-pilot
Animals
0 760
Our Top Posts