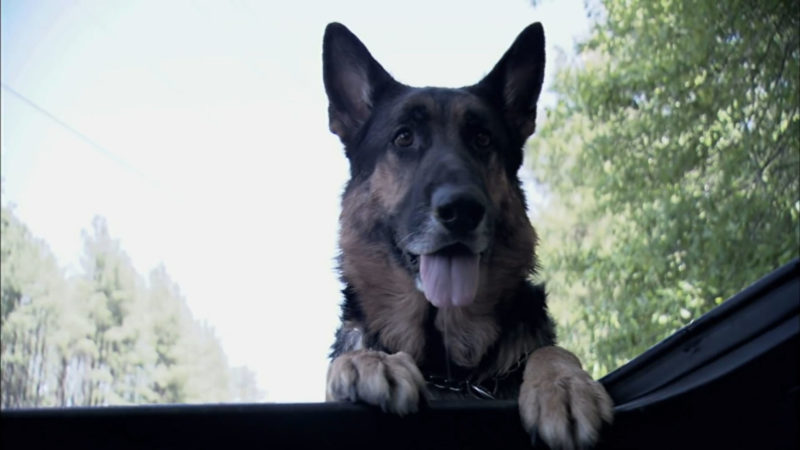 After a quarrel with her husband, angry Shannon tried to calm down by driving alone, as she used to do in such cases.

But something terrible broke her plans. 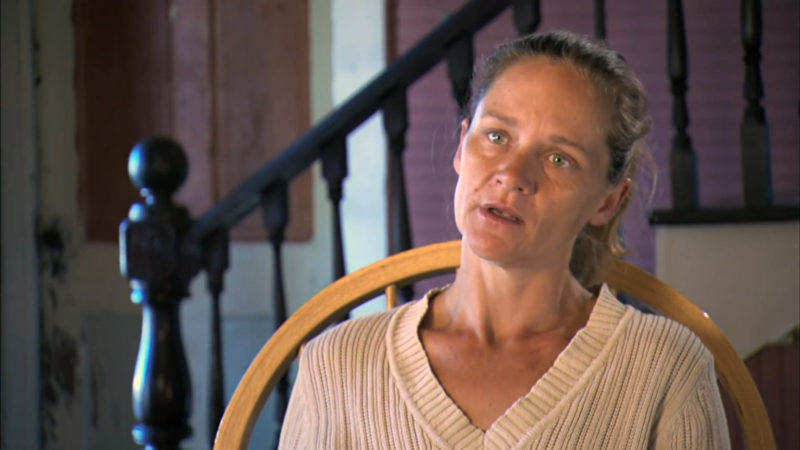 While driving with a high speed, suddenly she lost the control of her car and  had, unfortunately, a car accident.

Due to the violent hit, she was thrown from the driver’s sit out of the back glass.

The woman was laid on the grass. She was badly injured and was nearly unconscious. 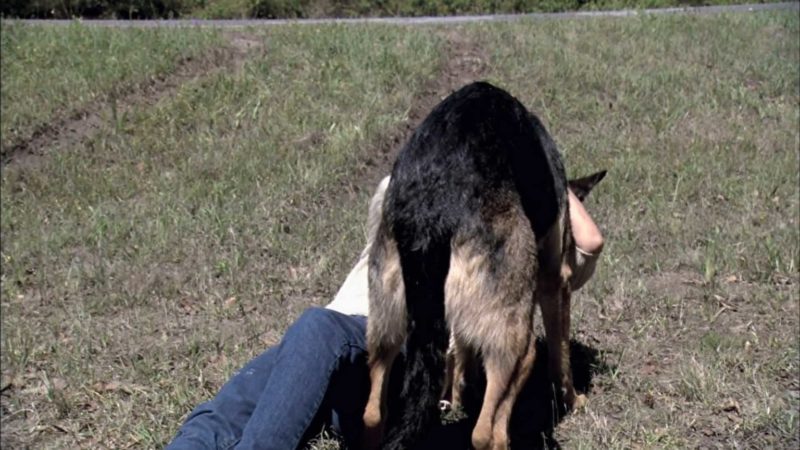 Shannon needed an immediate help, but, unfortunately, that area during day time was empty, so the poor woman knew that only a miracle can save her life.

Suddenly, Shannon felt a breath  on her face. First, she thought it’s a wild animal, but, when she opened her eyes, she surprisingly saw a German Shepherd.

It was a mystery, how this guardian angel appeared next to the injured woman.

The presence of the dog gave her a thought of a hope to stay alive.

So, Shannon grabbed her both hands around the clever dog’s neck, expecting he would rescue her.

The brave dog dragged the injured woman over 100 ft to the nearby road, where she was noticed by a driver.

The rescued woman was taken to the hospital, where she received all the necessary medical treatment. 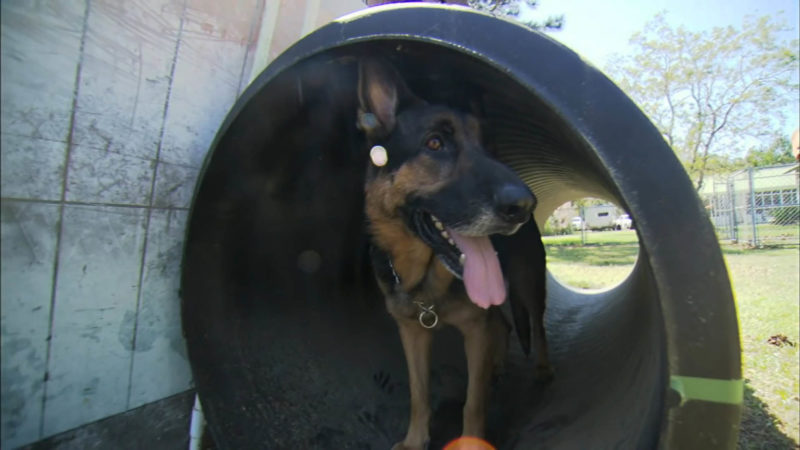 After the recovery, first thing that she asked it was about the hero dog, who helped her saving her life.

Shannon was so thankful to God sending her this angel in time.

After this brave action, the German Shepherd was named Hero, who was taken to the Humane Society.

The lucky woman went there to meet her hero and to express him her deep gratitude.

The only white and brown panda in the world, who was abandoned as a baby, has finally found happiness
Animals
0 709

Fox named Rambo has been hiding from people for three years, interfering with the relocation of other animals
Animals
0 334