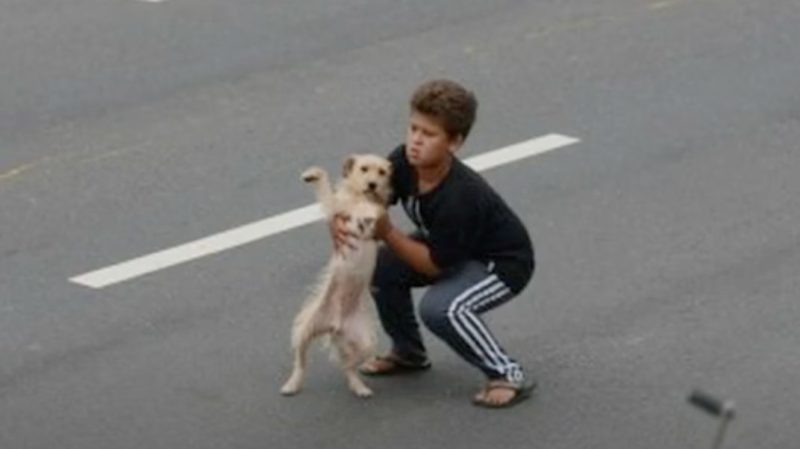 Kindness will save our planet and make it a better place to live. A small gesture of  kindness will even save a life. 11-year-old boy noticing a living creature in need of help rushed to rescue him, risking his own life.

This brave and kind action proves that you shouldn’t be a grown up person to save lives or to be a hero. 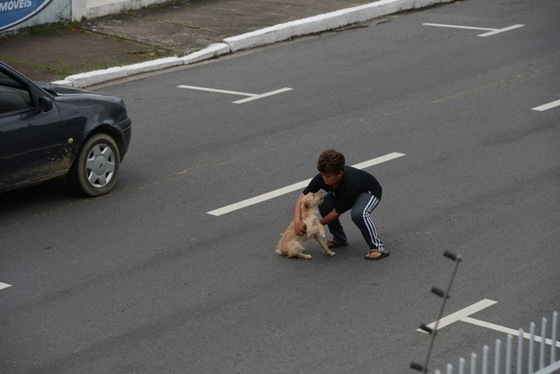 Jean Fernandes, the kind and compassionate boy, who was a big animal lover, by walking down one of the Brazilian streets, noticed an injured and helpless dog stuck and crying from pain in the middle of the road.

Obviously, the dog was hit by a car and while the drivers were quickly running off without paying attention to the poor creature, this boy without hesitation rushed to help the suffering dog. 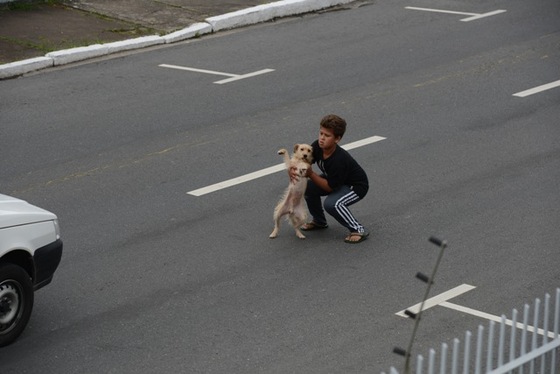 As Jean was a kindhearted boy, he couldn’t be indifferent to the pain of the crying dog and rushing in the street he managed to stop the traffic to save the injured animal.

The heartwarming moment, when he was grabbing the poor dog into his arms and taking him to the safe place, was captured by Rafael Martins, which the photographer shared later online.

Thanks to this footage, people were aware of the generous gesture of this boy. They expressed their admiration for the Jean’s kind action.

The saved dog’s name was Mel, it means honey. He was taken to the local shelter, where he received the necessary medical treatment and care. 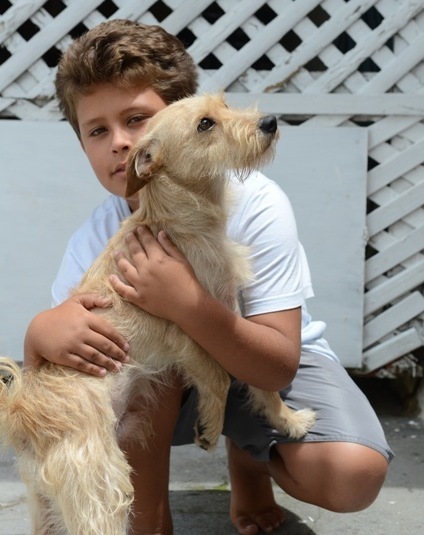 Hopefully, Mel will be soon recovered and be adopted by kind people to live the rest of his life in safe and peace.