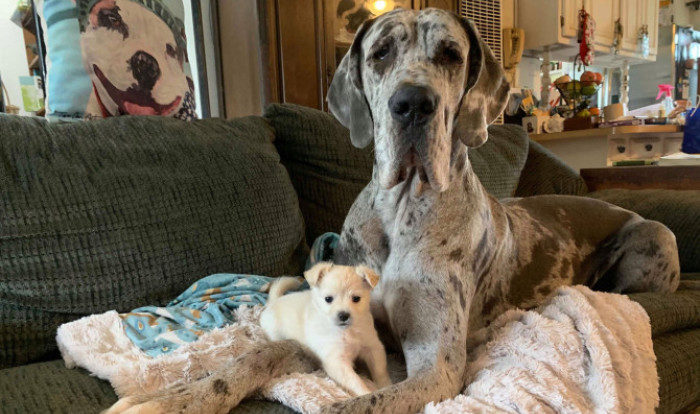 An unusual couple with a very large difference in size became inseparable, and their differences in character and volume did not become an obstacle. 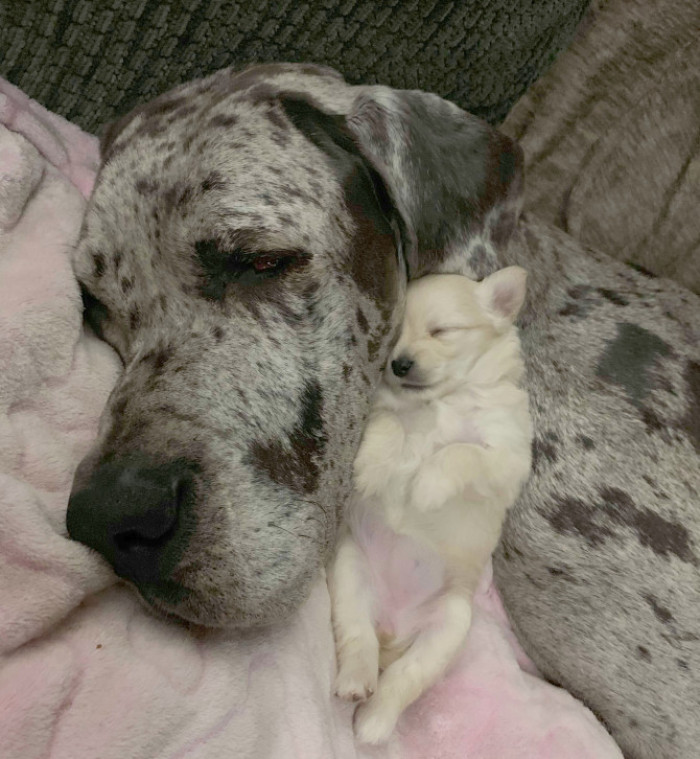 A dog named Shelby and Chihuahua Bianca have been together almost since the birth of the baby, and they try not to part.

The couple met with animal rights activist Shirley Zindler, who founded the Dogwood Animal Rescue animal shelter in the US city of Sebastopol. 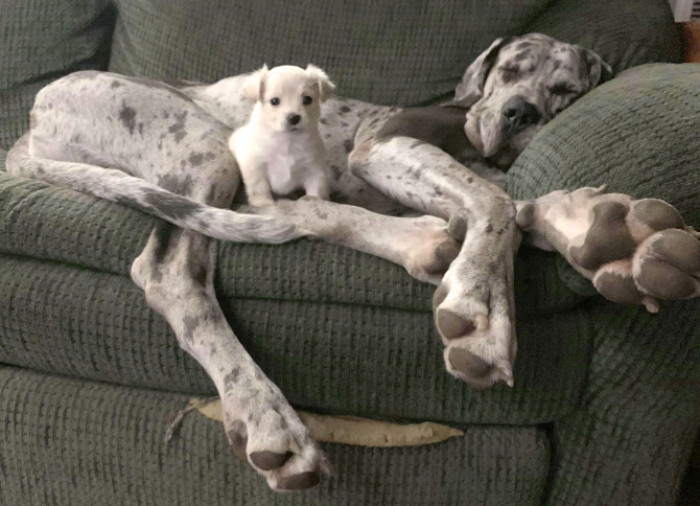 Shirley has 12 dogs at home – her own and those that temporarily live with her.

Bianca appeared at Shirley’s house in early November. Her mother died during childbirth, and the owners of the puppy turned to the woman for help.

When she began to bottle-feed Bianca, three-year-old Shelby sat and watched them.

Over time, a real friendship began between the dogs: “When Bianca grew up, she became interested in Shelby, and it was so cute.”

Shelby even to some extent replaced the Chihuahua’s mother: “It is important for puppies to grow up with their mother and be around other dogs. Bianca does not have a mother, but I think Shelby has become attached to her.”

The weight of baby Bianca is 2 pounds, and her blind friend Shelby is 116 pounds, and their characters are also very different.

As their owner said, the dog is very calm and cute, but at the same time very playful. But the Chihuahua is a little horror! These two complement each other perfectly! 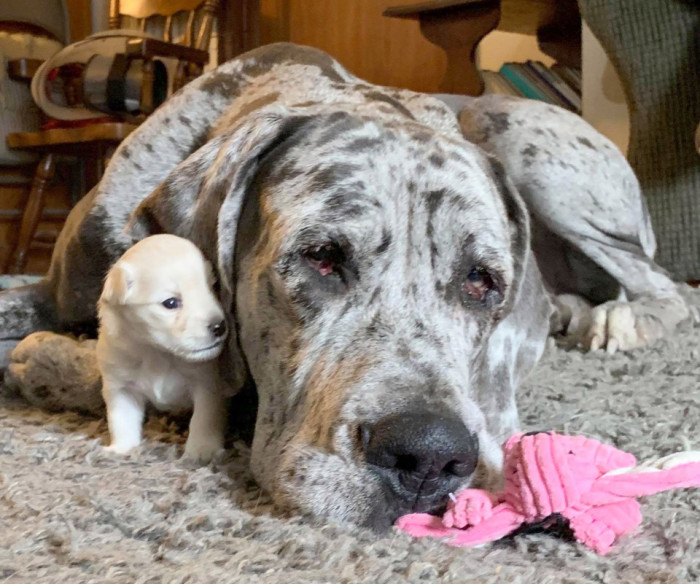 “They have a special friendship, and it’s unusual for two dogs of completely different sizes to play with each other.”

Unfortunately, the couple will have to leave – a new home has already been found for baby Bianca.

But at least she spent her first days with her best friend!

Rating
( No ratings yet )
0 86 Cute Animals Dogs Positive stories
Like this post? Please share to your friends:
You may also like
Interesting News 0 1
Hannah Shaw came to the city shelter to pick up two little orphaned kittens.

Interesting News 0 36
Thailand is a wonderful country with a wonderful culture, delicious food and… lots of
Leave a Reply Cancel reply
Recent Posts

Blind and lonely bison is ignored by all the animals at the farm for many years, but then she meets Oliver
Animals
0 307