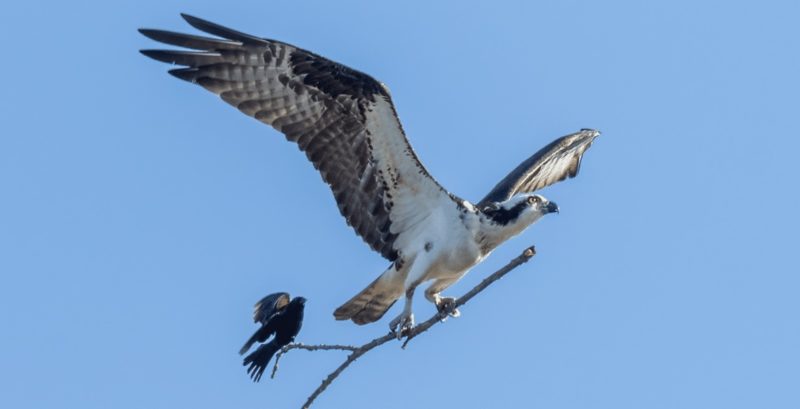 The photographer captured the flight of two birds in the picture, and a unique shot came out.

The joint journey of birds reminds lovers of hitchhiking around the world. Get rid of Photoshop – a ready-made meme template has arrived.

Jocelyn Anderson, Michigan, photographs birds. And on May 13, she published a unique picture with two birds on her Instagram.

The picture shows two: an osprey and a red-winged blackbird. The first bird is a predator, it is larger, the second belongs to the family Icteridae and is considered omnivorous.

Jocelyn managed to capture how the osprey grabbed a branch and flew in the direction it needed, but the bird was not traveling alone – an unexpected blackbird passenger lurked at the end of the branch. 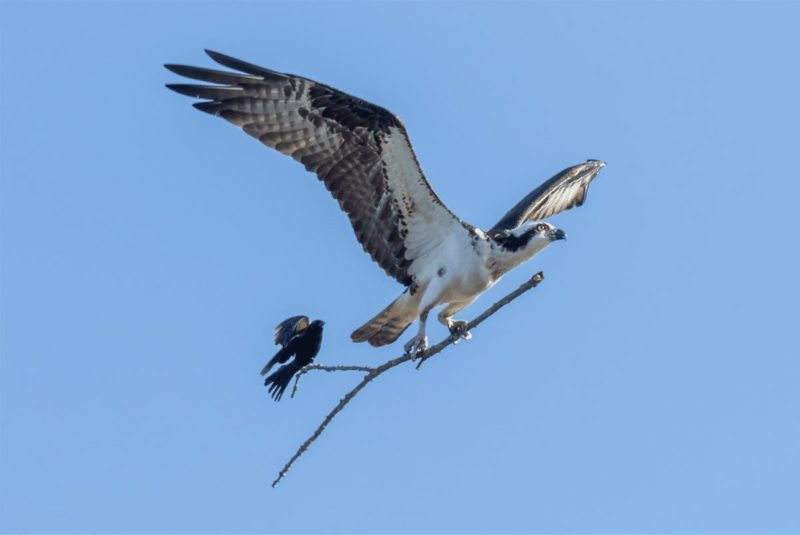 “I’m a big bird fan. Recently I watched an osprey pick up a large branch for a nest, and at that moment a small red-winged blackbird began to attack it. These birds sometimes attack larger ones, protecting nests and chicks. But at some point, the blackbird simply landed on a branch, as if taking a break from its maneuvers and enjoying a free flight. I was surprised that he flew so far from his nest with the osprey,” said Anderson.

The photo of two birds has become one in a million, because this is a ready-made meme. This is a hitchhiker bird and an angry driver

After the publication, the frame was distributed on social medias and received the greatest popularity on Reddit, having collected more than 47 thousand “joins” on May 16.

Users of the “first page of the Internet” saw situations from everyday life in the snapshot.

The adorable trio of black-spotted horse, pony and dog who has identical look farm an extraordinary bond and  charm everyone
Animals
0 544