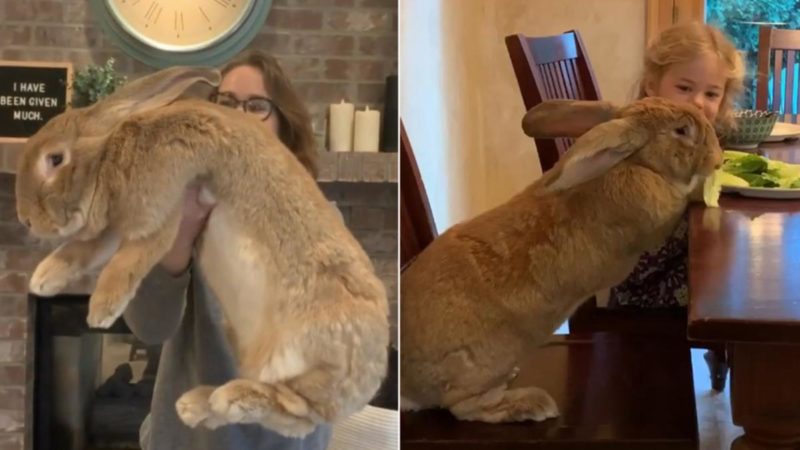 Social media users were delighted when they saw a domestic rabbit, the size of which reaches almost human height.

The pet lives with his family in Seattle. 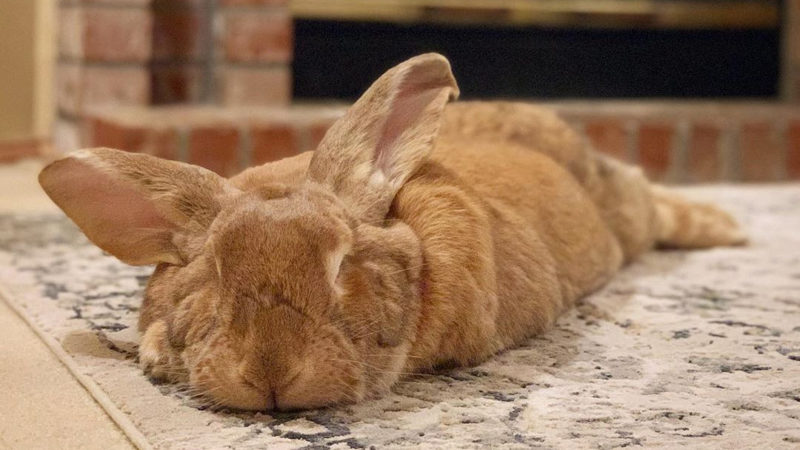 Today, the rabbit named Cocoa Puff is very popular on social media and especially on Instagram, where he has more than 310 thousand subscribers.

“We thought it would be better to have a rabbit, because it was impossible to keep a dog or a cat in rented housing. Our daughter Maisie loves animals very much. So we decided that it was time to replenish the family and started looking for a beautiful rabbit. We have noticed that large rabbits get along well with children,” says Lindsey, the owner of a giant rabbit. 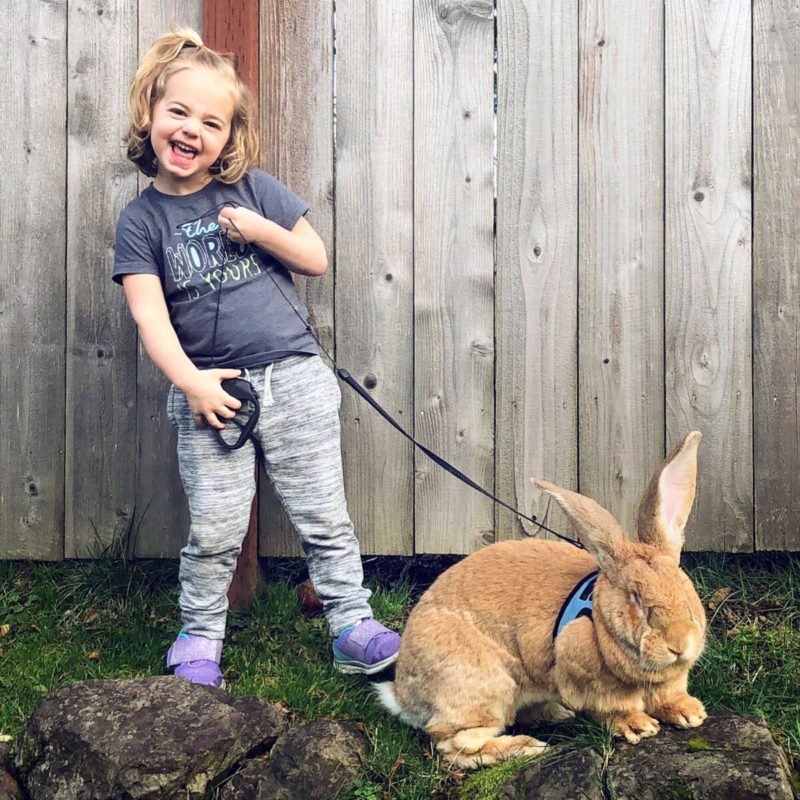 The woman also added that Cocoa Puff got used to the change of environment and people for some time.

He quickly found a common language with all family members.

According to the owner of the animal, it took them about six or seven months to teach the rabbit discipline.

Many may underestimate these furry animals, but they are quite smart.

Of course, the family does not walk their pet like a dog, but still regularly send him to get some fresh air.

During the day, the rabbit eats two huge bowls of greens, food pellets and hay. He also likes to feast on dried bananas and mangoes. 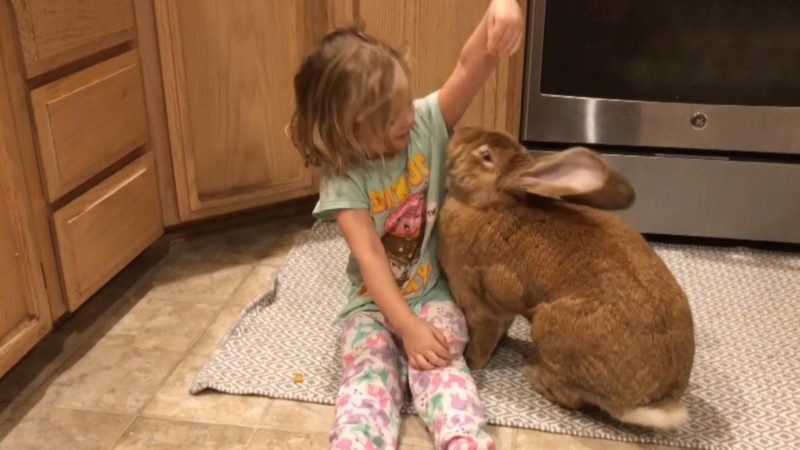 “We turned out to be incredibly lucky that Cocoa Puff does not have the desire to chew on the wires. We have heard more than once how pets died due to electric shock and damaged chargers, computer and electrical cords,” Lindsey added in her interview.