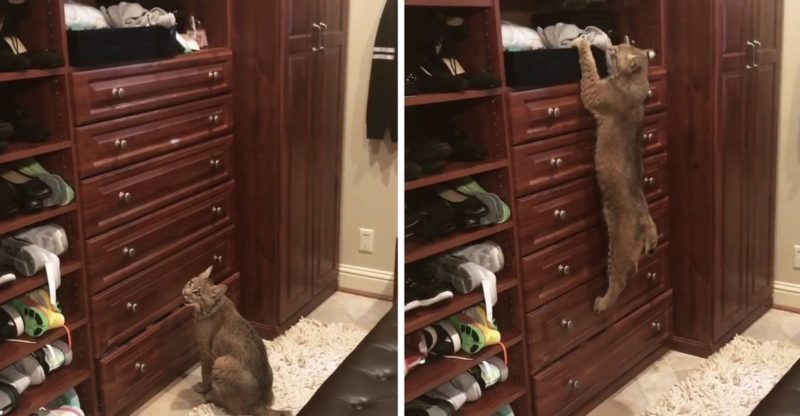 A woman from Richmond, Virginia found a cat near her house that was stuck in a fence and screamed loudly.

She helped the cat and decided to take her home to protect her from the neighbor’s dogs. And in order to quickly find the owners of the animal, she published an ad on the Internet. 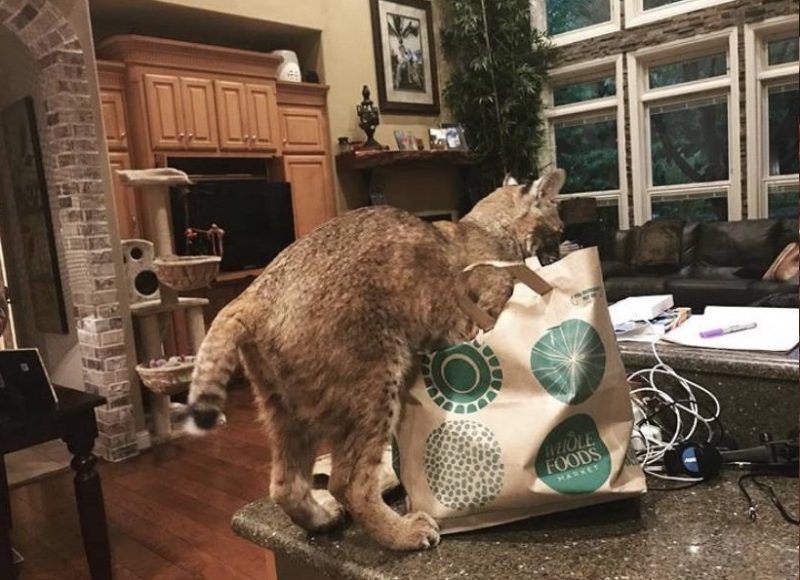 “Last night, I rescued a cat that was stuck in a fence and screaming wildly. I took her in because she looked too big and healthy for a stray. And dogs often run around here, which can eat a cat.”

“She is very fat, with small stripes and spots on her feet and large white round spots on the back of her ears. The only thing that doesn’t seem right is that the cat doesn’t have a tail. But this is probably not surprising.”

However, it was not possible to make friends with the found cat. 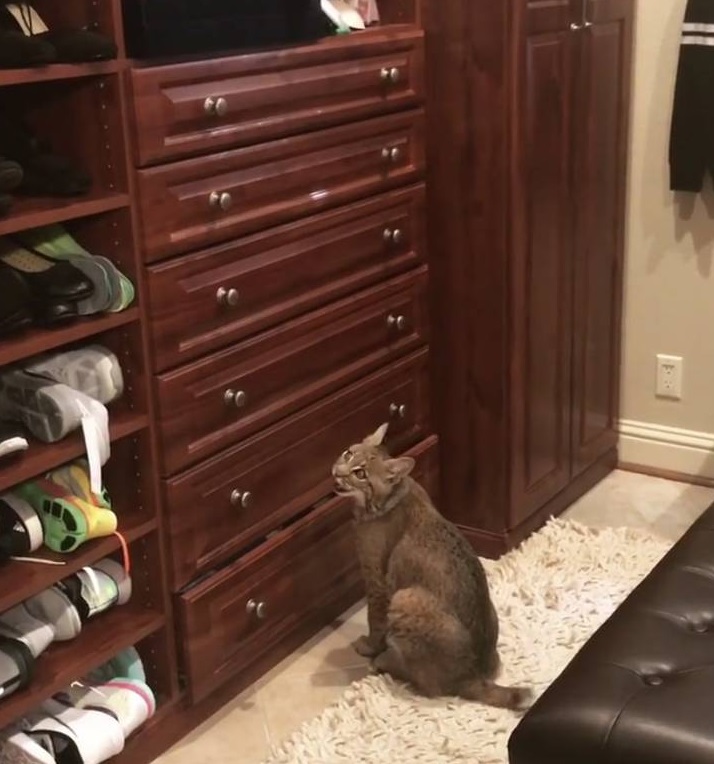 The woman published several more updates, in which she indicated that the cat had a very bad temper. She also said that she would give the animal to a shelter if the owner was not found soon.

“She is very loud (and angry!). I think it’s a mix of tabby and Bengal, maybe Maine Coon, because she’s very big and has a round face. I took these photos yesterday, so the light makes her look brown. Although in fact she is more gray.”

“Please, if you are the owner, contact me as soon as possible. I can’t keep her, no matter how cute she looks, because she is CRAZY: she climbed into all the holes in the house at night, and she is VERY AGGRESSIVE.”

“I’m sure it’s someone else’s cat, but I’ll still be forced to give her to a shelter if no one responds. I almost lost my fingers when I tried to pet this cat. She snarled and hissed and yelled all morning. Crazy grump!”

Fortunately, people on the Internet explained to the woman that she needed to get rid of the animal as soon as possible, since this is a real predatory lynx, which poses a serious danger to the hostess of the house.

The girl was frightened and did as she was advised. 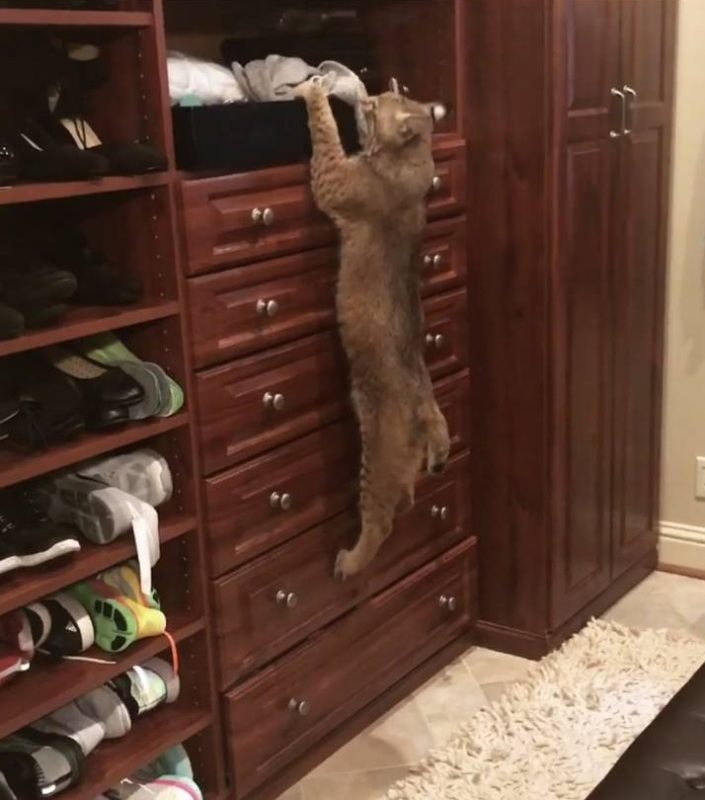 “Oh my! No wonder she was so mean. Turns out I kidnapped her. I am not from America and have never heard of lynxes. I thought all those wild cats were much bigger than this one.”

“I can’t believe I brought her home. She messed up everything around, I need to clean the whole house. Whatever it was, I’m glad that the lynx is fine and that it’s not a lost cat. I released this lynx back into the forest where she came from. I’m fine too: no scratches, no bites.”

When the woman’s story ended happily, she noted that if the lynx suddenly returned, she would send it to those haters who wrote rude messages to her in response to her announcement.