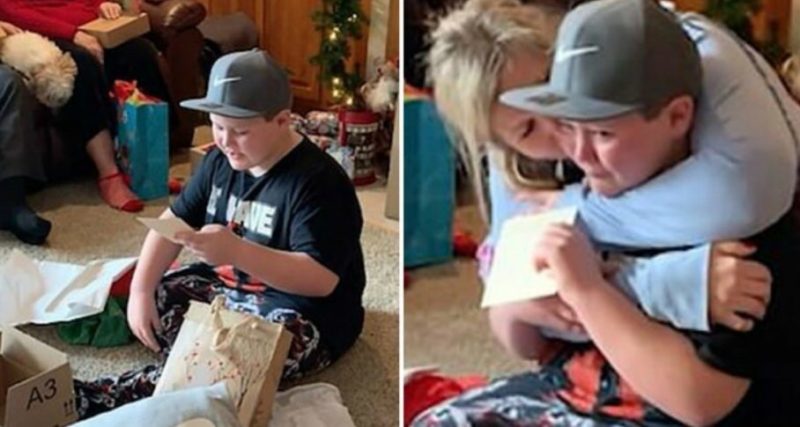 11-year-old Carter received the most important gift for him this Christmas – his relatives announced that they would adopt him. After reading the letter with this news, the boy could not hold back his tears.

This story happened in the US state of Ohio.

11-year-old Carter Wiles, according to his aunt, Leah Kiefart, lives with dysfunctional parents, and all relatives know about it.

The woman spoke to the family, and together they decided that the best way out for Carter’s well-being would be to accept him into their extended family.

At Christmas, all the relatives gathered at the home of the Kiphart family. 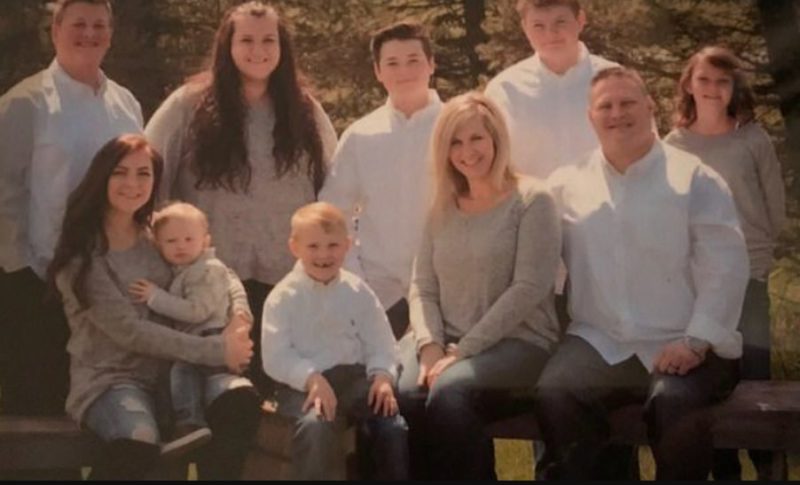 Carter had fun with his cousins, uncle, and aunt. They gave Carter many gifts and wrote a touching letter asking if he wanted to be part of a new family.

The boy found the letter, along with a photograph, among other gifts. Reading it, Carter burst into tears.

“Carter, this is a recent snapshot of our family. We all really want you to be with us in the next photo, and become part of our family. Carter, do you want to become Kiphart – our son and brother? We love you,” Carter’s aunt wrote.

As he finished reading the letter, Carter burst into tears, and in tears said “yes.”

The whole family was moved – the aunt went up to the boy and hugged him tightly. 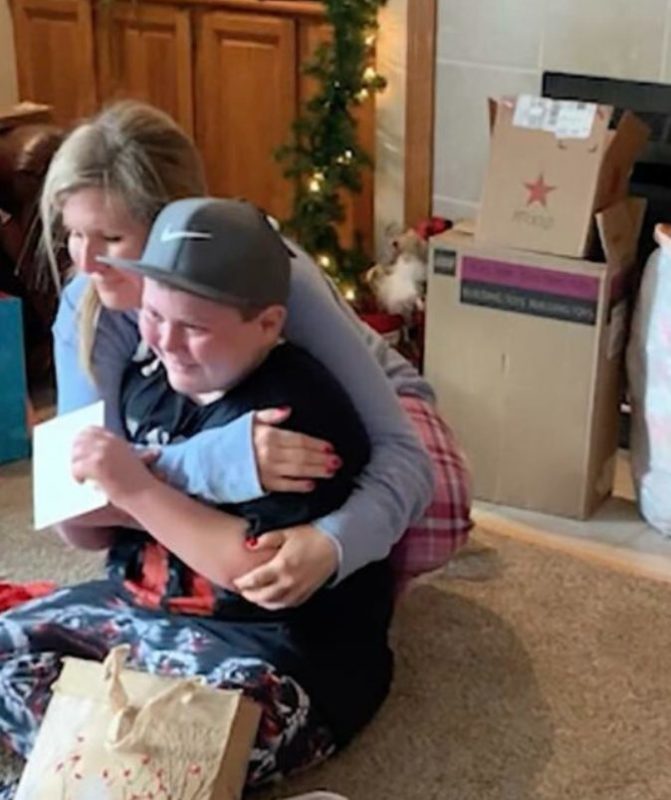 In the background, the voice of the head of the family and Uncle Carter is heard: “Now you can stay here forever. Well, until you turn 18, and I kick you out of here,” the man joked.

Carter’s aunt shared, “Carter moved in with us because he had a more than dysfunctional life with his biological parents. The adoption was not originally planned. But we spoke with my husband and children on Sunday evening, and on Monday we decided to break the news to Carter.”

The dog was trembling and afraid to look at people, but she was transformed thanks to love and care of a girl with a big heart
Interesting News
0 869