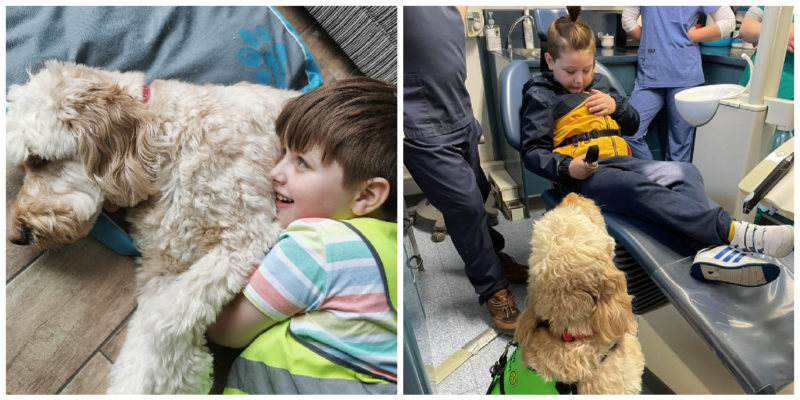 Riley Duggan from the Irish city of Cork has autism.

The boy is afraid of unfamiliar places and has a hard time making contact with people. 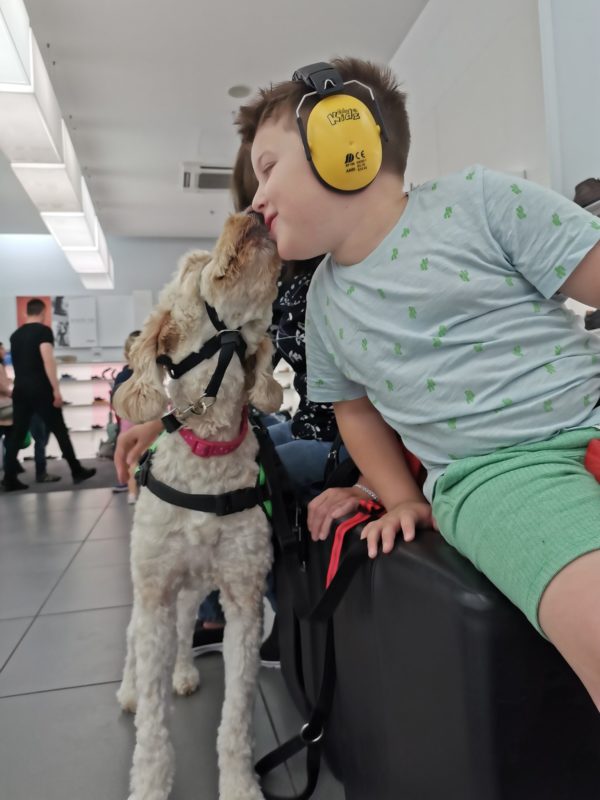 To help him, the family acquired a helper dog named Willow.

The pet helps Riley calm down and provides emotional support in difficult situations for him.

One of them is a recent trip to the dentist. Riley, 7, was in the dentist’s chair for the first time.

As soon as he crossed the threshold of the clinic, the boy began to get nervous and repeat the same phrase: “I will not let them look at my teeth.” 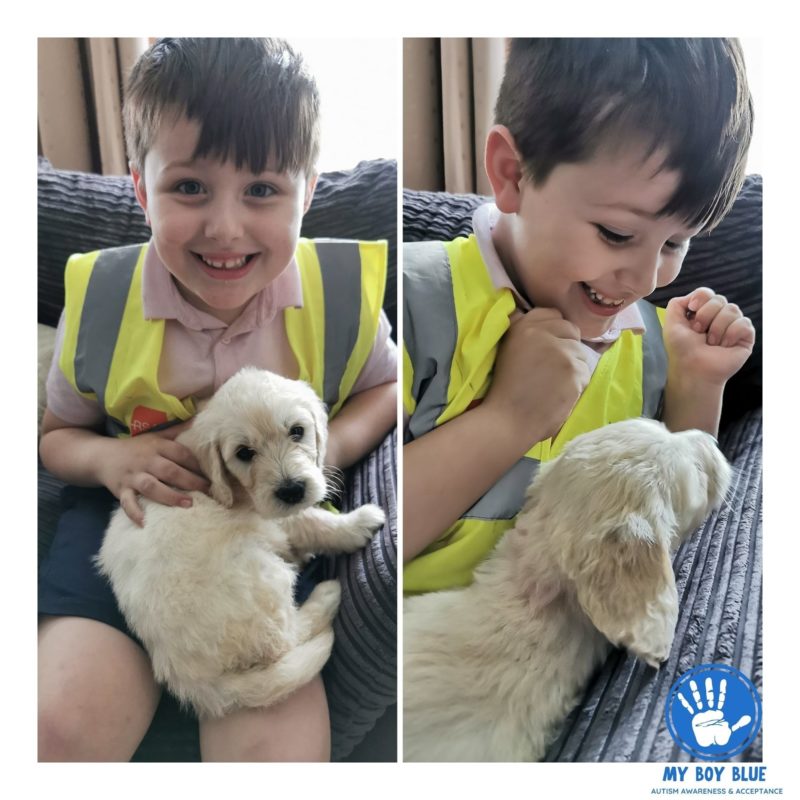 No amount of persuasion helped – Riley was scared, and he did not want to open his mouth.

And then the unexpected happened. Willow, as if understanding how to help the owner, allowed the doctor to examine her teeth and thus showed that the procedure was painless. 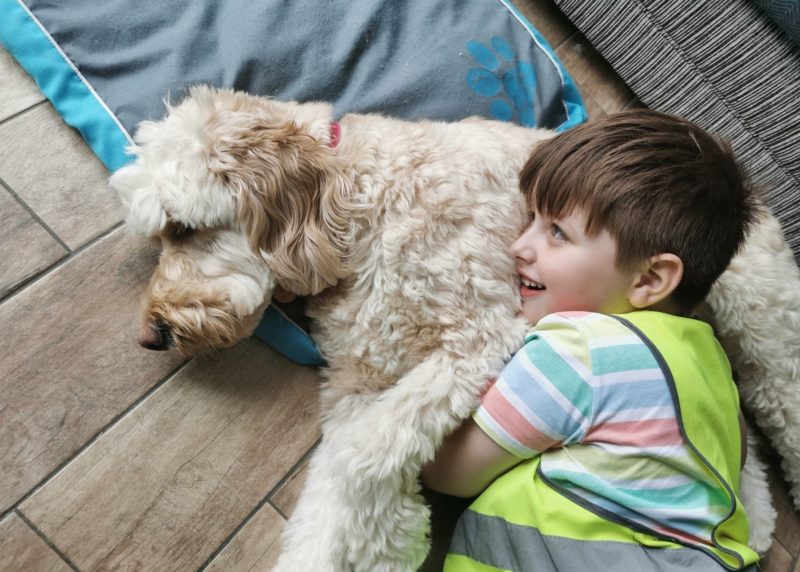 An example of a pet helped the boy to calm down.

And soon he began to copy the behavior of Willow, opening his mouth and showing his teeth.

Riley relaxed completely and agreed to move into a chair on the condition that Willow would sit next to him at all times.

By the end of the examination, Riley had already visibly cheered up, so that the dentist even managed to take an x-ray of his teeth.

According to Nicole, the appearance of Willow radically changed the life of the whole family.

Prior to that, during walks, her son refused to sit in the stroller and constantly ran away, and the woman constantly had to catch him.

It became more and more difficult to monitor the safety of the child.

But then the charitable foundation invited the family to participate in the My Canine Companion program, in which children with autism received assistance dogs for use. 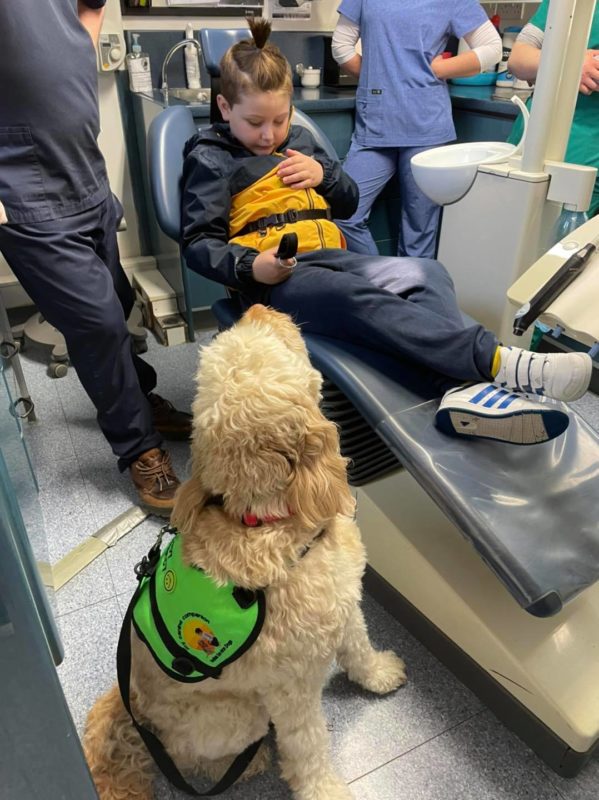 Willow and Riley immediately became friends. The boy let the pet into his world and really opened up.

Willow, who has undergone special training, subtly feels the mood of the owner and is always ready to help him.

In gratitude for her service, Riley’s family organized a charity marathon in support of a foundation that works with people with autism. 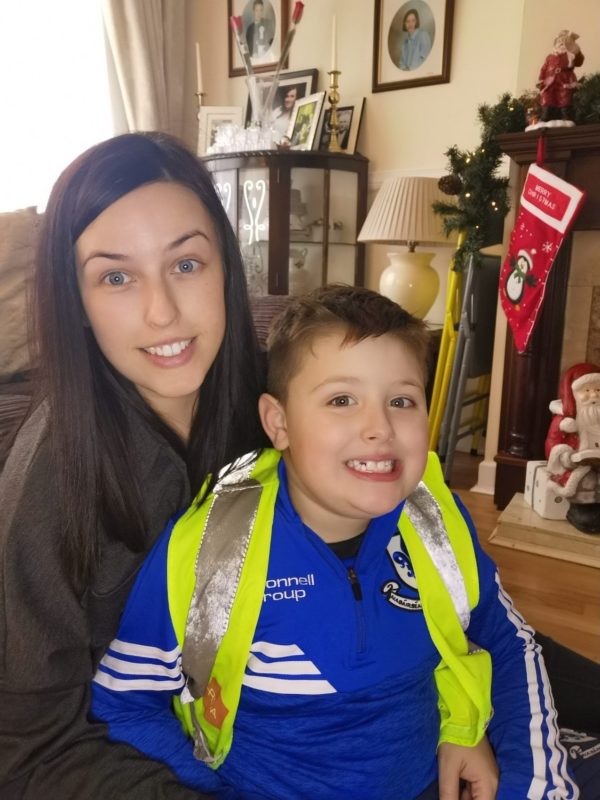 During June, they walked 95 kilometers together and collected thousands of donations that will be used to train assistance dogs.

It’s their way of saying “thank you” to Willow, whose silent support is worth more than a thousand words.

The man took home two abandoned pit bulls from the shelter, and later they fully showed their gratitude
Animals
20 127446

After 4 years of living on the streets, pit bull Gucci is reunited with her family
Interesting News
0 129