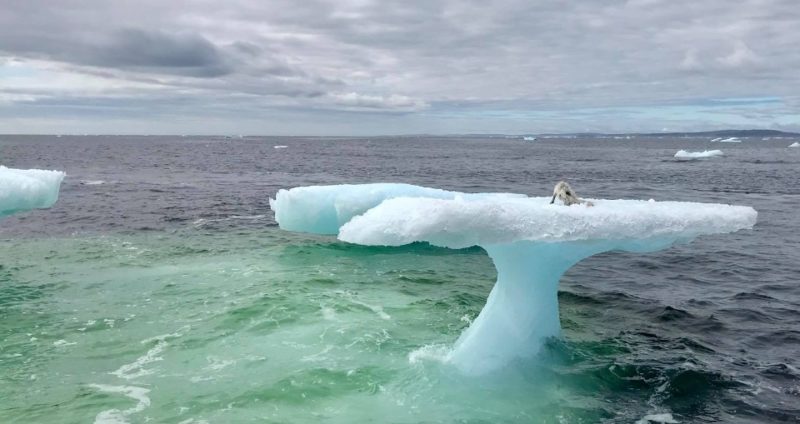 The crew of a fishing vessel saved a wet and frozen animal from an almost melted ice floe and then released it back into the wild.

It is more common for a fishing vessel fishing off the southern coast of the Labrador Peninsula to see local crabs on its vessel, this is their main prey. 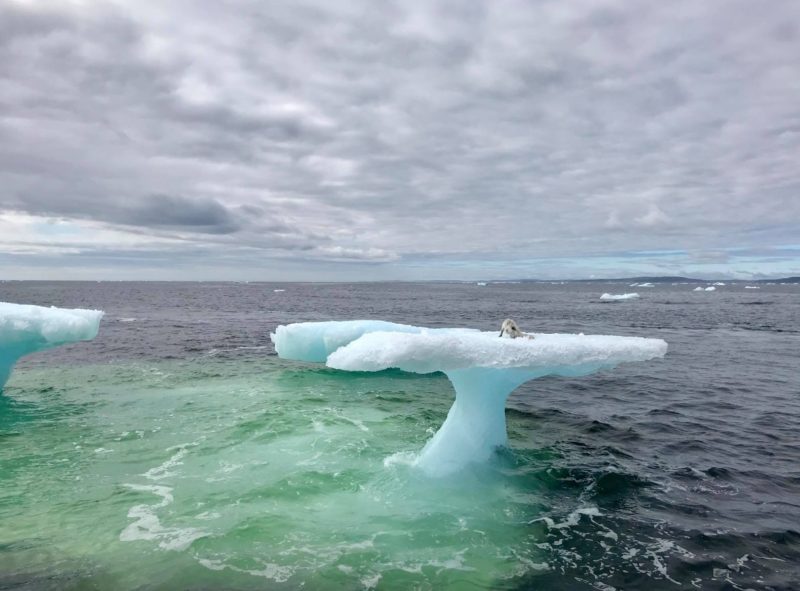 But last week, a completely different animal fell into their hands.

One of the fishermen – Alan Russell told reporters that when their ship was about seven kilometers from the coast, they noticed something on a nearby melted ice floe, which was barely kept on the water.

“When we noticed a dark spot on the ice, we did not immediately understand what it was. But it interested us,” Russell says.

“It was polar fox. He didn’t look well, was completely wet and cold, and impudent gulls were flying around him, trying to attack.” 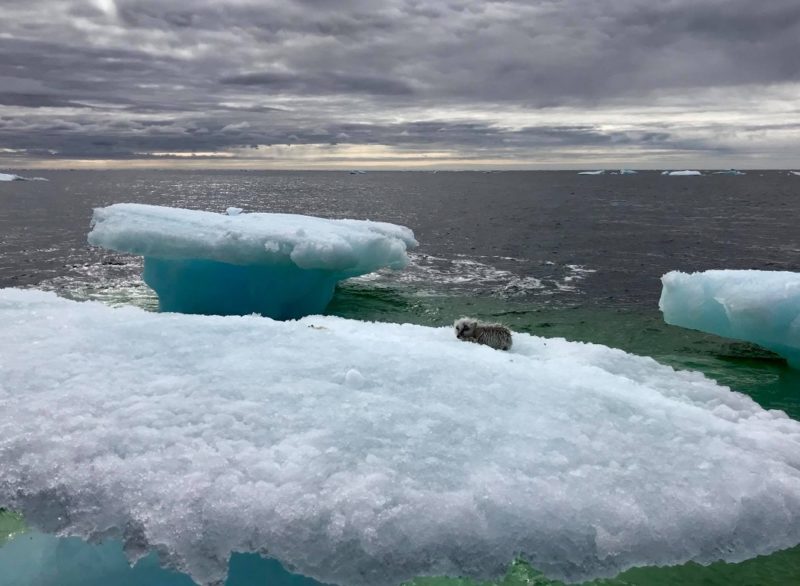 At first, people tried to pull the fox off the ice floe with their hands. But he did not let people get close to him. Then they broke the ice leg with a boat and when the fox fell into the water, they fished it out with a net.

The fishermen put the fox in a plastic pan, where they added sawdust. And when the animal dried up a little, they gave him a real delicacy – Viennese sausages.

“He really liked them.” 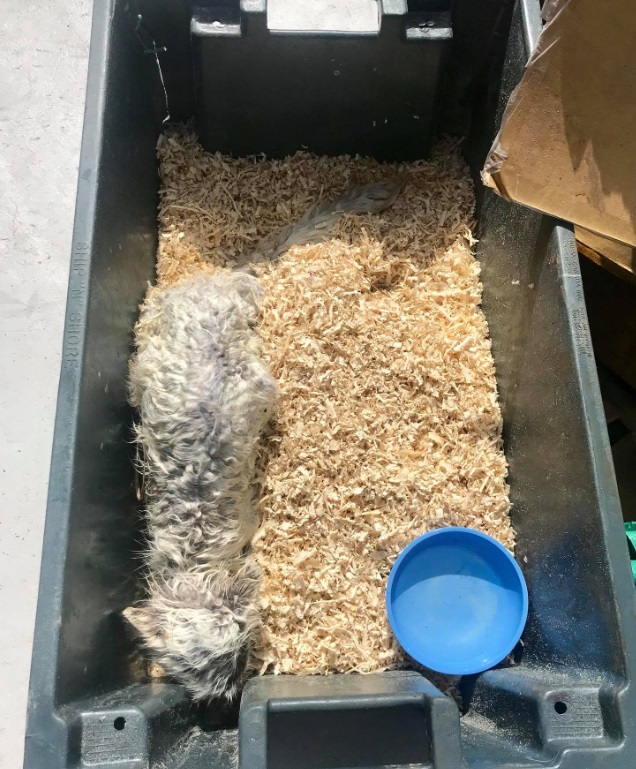 The crew took the Arctic fox to their port in William Harbor, where the animal lived in their building for a couple more days before they released it back into the wild.

“He wasn’t aggressive. After a while, he started to enjoy people around his crate because he realized we were giving him food. And after feeding, he was willing to talk to us and wasn’t so scared anymore.”

Russell says he has never seen such an animal so far from shore. He suggests that this fox was probably looking for food, and was trapped when a piece broke off the ice floe. 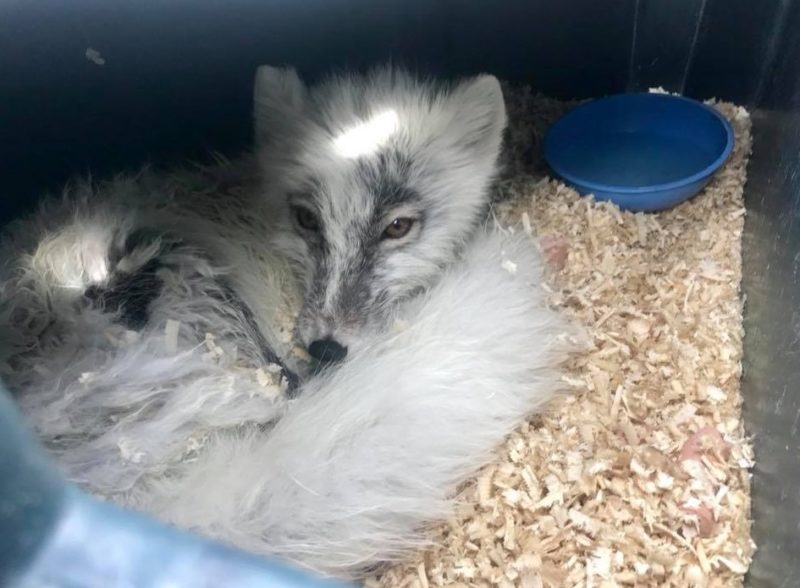 “He probably spent no more than one day there when we stumbled upon him. And if not for us, a strong wind would have blown him even further into the ocean. And he would have died. He was very lucky.”

According to Russell, the Arctic fox looked quite active and healthy when they released him on the shore. The man believes that everything will be fine with the fox.

Max, the Miniature Schnauzer, lost for 2 years is reunited with his family just in time for Christmas
Interesting News
0 332

This man took a bear cub from the zoo and raised him as his own son: see what happened next
Interesting News
0 228