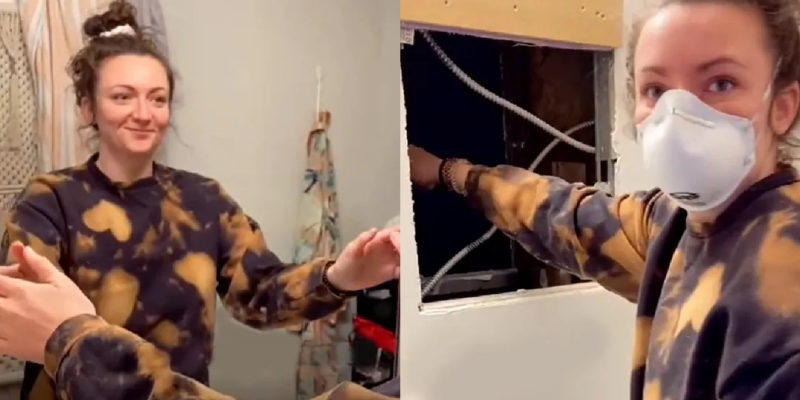 New Yorker Samantha Hartsoe discovered a secret room in her house, the entrance to which was covered by a mirror in the bathroom.

Hartsoe decided to share the discovery with her followers by posting a series of several videos.

In the first video, she tells and demonstrates how she first discovered an incomprehensible draft in the bathroom, which forced her to check the mirror.

Next, Samantha called her friends, and they filmed how she climbs into a small passage behind a mirror and explores a secret room (which turned out to be an entire apartment), armed with a hammer and a flashlight.

The first video has already gained 9.7 million views and more than 712 thousand likes.

According to Samantha, she did not know at all about the existence of a secret apartment in her own house.

Apparently, the apartment was abandoned in the middle of construction. The only “signs of life,” as Samantha put it, were trash bags and a water bottle on the floor.

Mom refused to abandon her daughter, even though the doctors told her so, look what she has become
Interesting News
0 753

The tallest man in the world became a dad: everyone wonders what the man’s son looks like
Interesting News
0 79