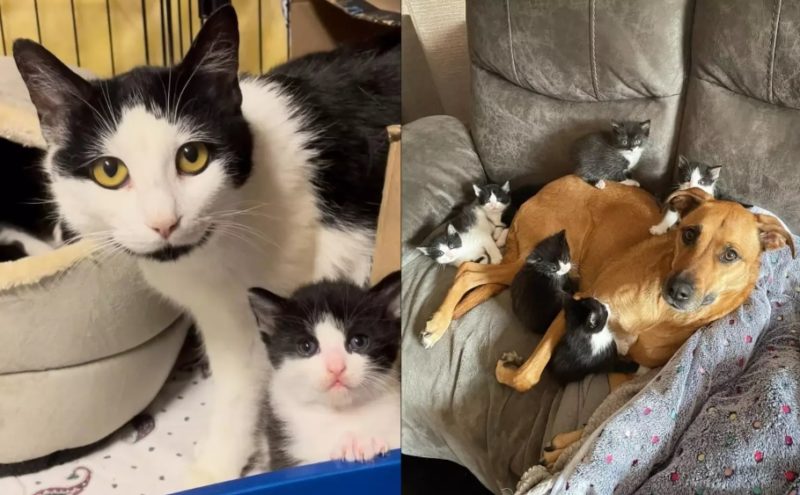 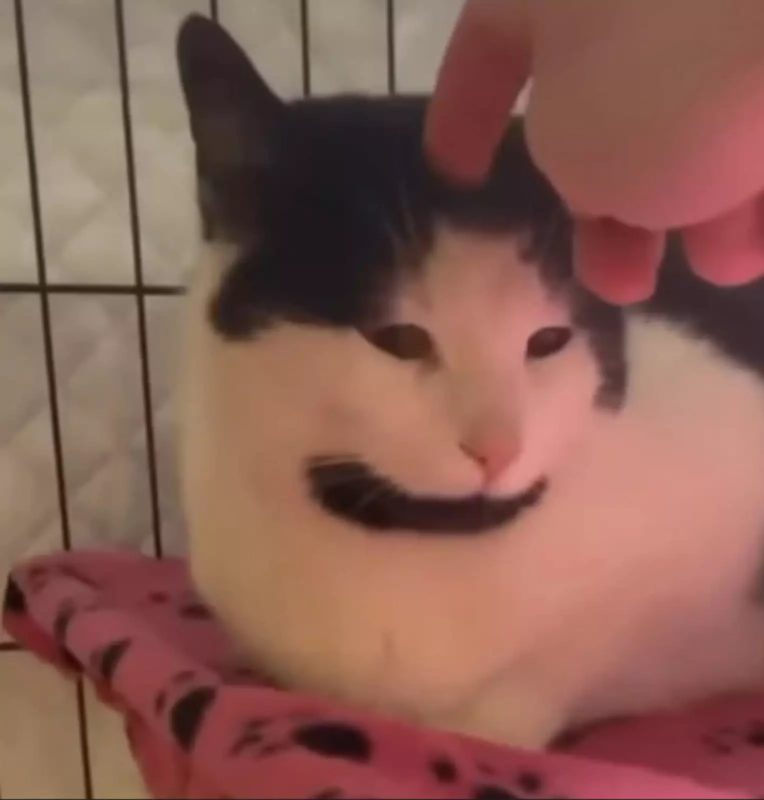 And this is not surprising. After all, many of them knew nothing but cruelty and neglect.

The black and white pregnant cat Banksy was also very angry and wary of everyone until she met people from the Salty Animal Rescue center and a dog named Nood. 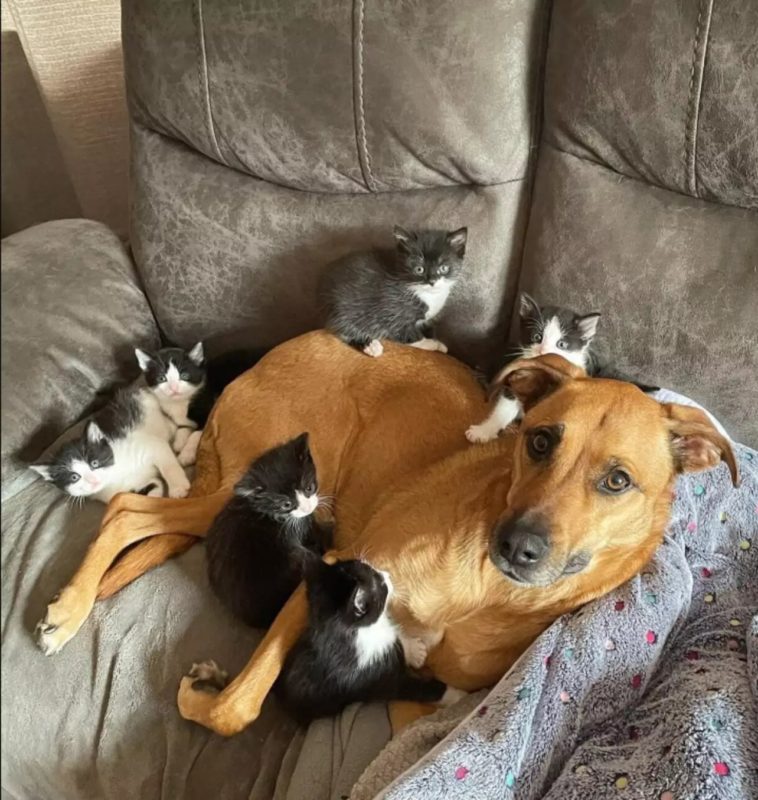 When the cat got to the center, she did not allow anyone to touch her and hissed every time she saw a human hand approaching her.

The dog of one of the employees of Salty Animal Rescue came to the aid.

It was her friendliness and openness that helped Banksy become kind and calm, as well as get used to other people’s touches.

These changes have allowed the workers of the center to properly care for the cat and her kittens.

Realizing that the people and animals around her do not wish harm to her and the kittens, Banksy finally relaxed and turned into a very affectionate and playful cat. 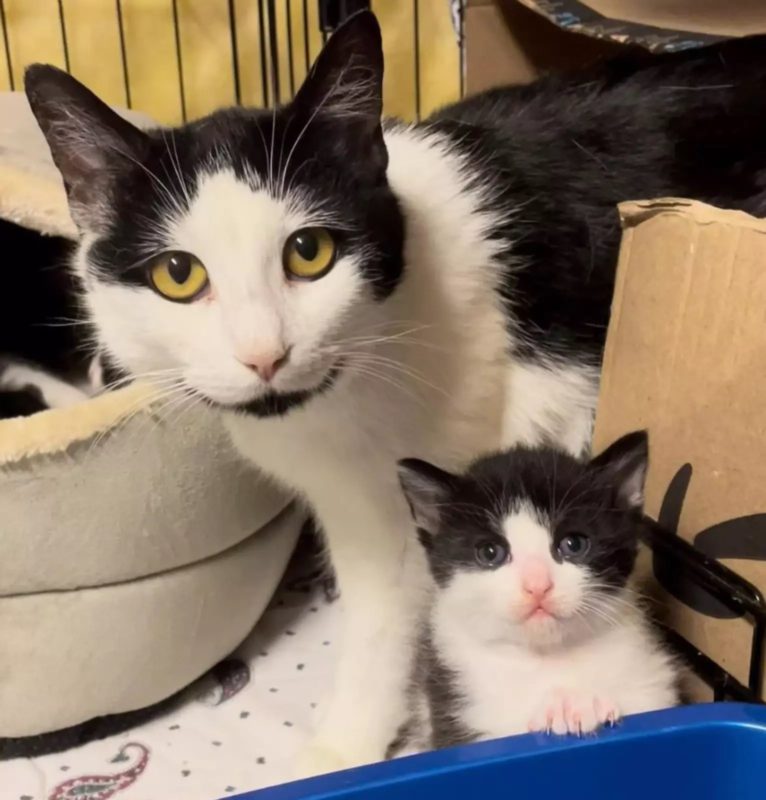 Now the cat family is doing just fine, and soon the Salty Animal Rescue center will start looking for families for them to live in permanently.

Dog was sitting on the car and did not let anyone close: the stolen car was returned to the owner with a new friend
Animals
0 236

The most unusual couple of friends: a wild giraffe finds a bunny and decides to keep him
Animals
0 160