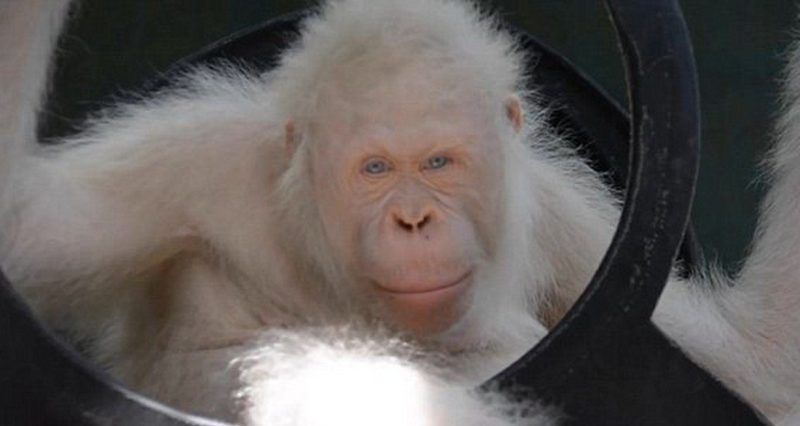 In 2017, the world’s only albino orangutan named Alba was found on the island of Borneo.

The primate was taken away from the inhabitants of one village, who kept her in a cage for more than a year and did not provide her with appropriate care.

She was in a deplorable state.

All albinos are in poor health, but here Alba was also poorly fed, and she suffered from dehydration. In addition, the female’s eyesight declined and her hearing deteriorated.

It took the staff of the Borneo Orangutan Survival Foundation a whole year to restore the health of the primate.

As a result, the animal recovered so much that it was decided to release her to live in her native environment – in the Bukit Baka Bukit Raya National Park.

In order for Alba to live normally in the wild, the volunteers created all conditions in the center that are as close to natural as possible.

The workers did not take the female in their arms and gave her the opportunity to climb trees, look for food and build nests. 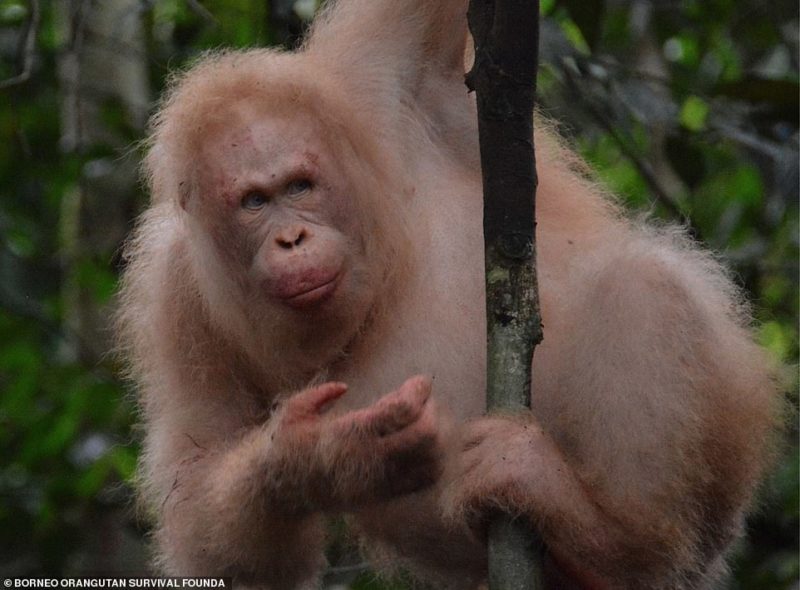 At the end of 2018, the albino primate, along with another orangutan, was released into her native land.

In the national park, the life of Alba is not threatened. Only local poachers, but they are tracked down by patrols.

At the beginning of 2020, a unique female was seen alive and healthy. Which means she managed to adapt to natural habitat conditions.

Only it is not known whether the female was able to create a pair with someone.

A little boy has to do his homework under a dim street lamp, a millionaire notices him
Interesting News
0 540

Arctic fishermen found a seal on a melting ice floe, but when they approached it, they realized that it was not a seal
Interesting News
0 905