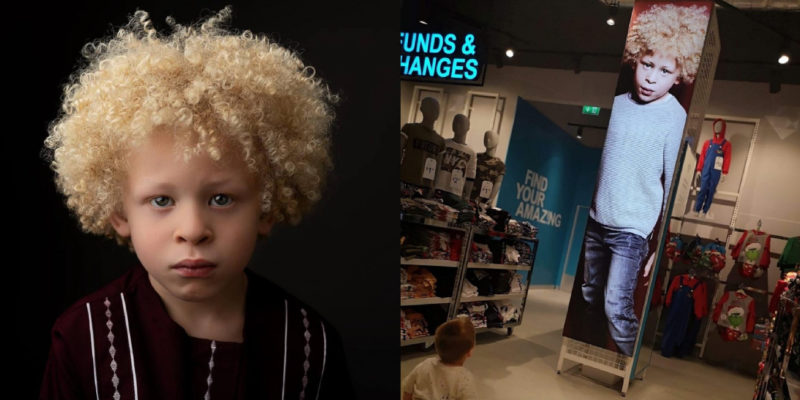 You are probably already familiar with such a concept as аlbinism – a lack of melanin that affects skin color, hair and even eyes. 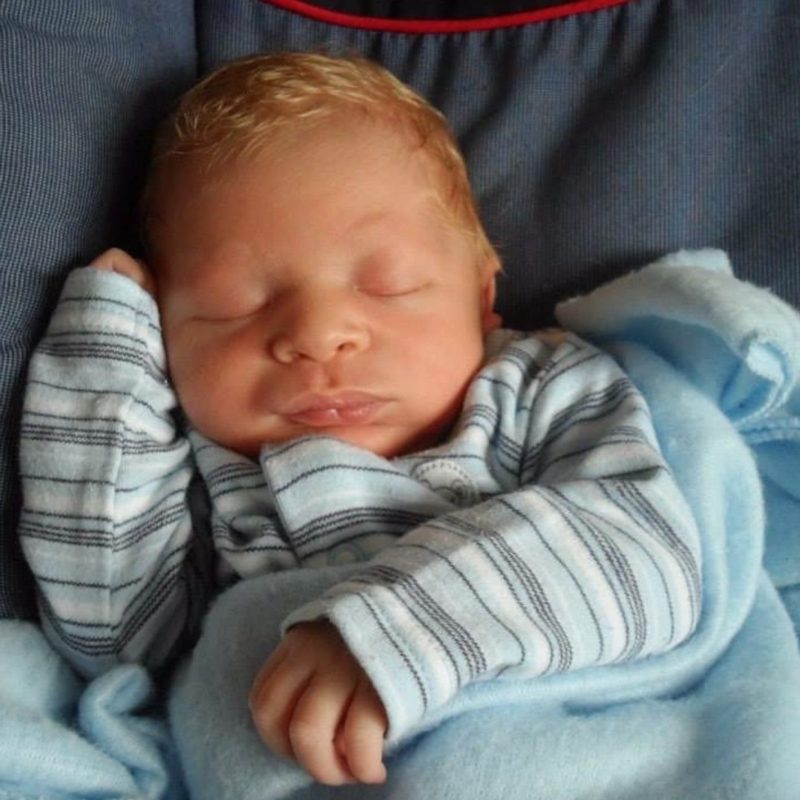 Five years ago, the boy Elijah Enwerem was born in the UK and, by the will of fate, or rather because of a genetic failure, he became an аlbino.

His parents claim that they had no relatives with such a feature in their family, and Elijah is the first. 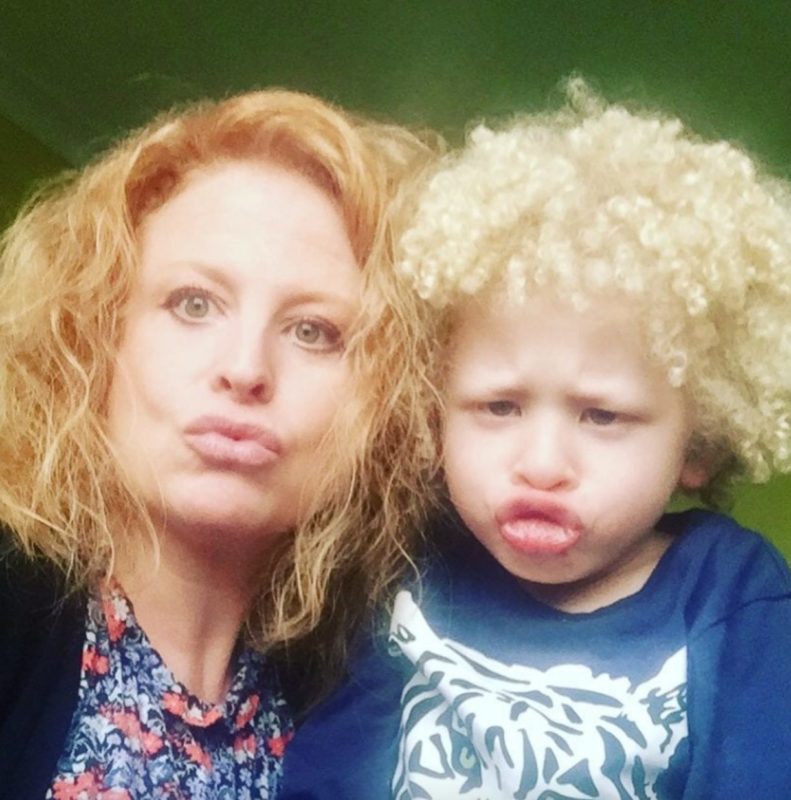 Recently, the unusual boy was noticed by famous modeling agencies, and he has already become the face of the Primark children’s clothing line.

This cute baby was born in a multi-racial family.

Because of his unique appearance, Elijah has always been in the spotlight.

The boy constantly wondered why he looked so different from his little brother.

His mother, Lucy Dawes, was once told that Elijah should try modeling.

Once, Lucy posted a photo in one of the groups on Facebook (Black Country Vegans), and one woman advised her to post his pictures in the modeling community. 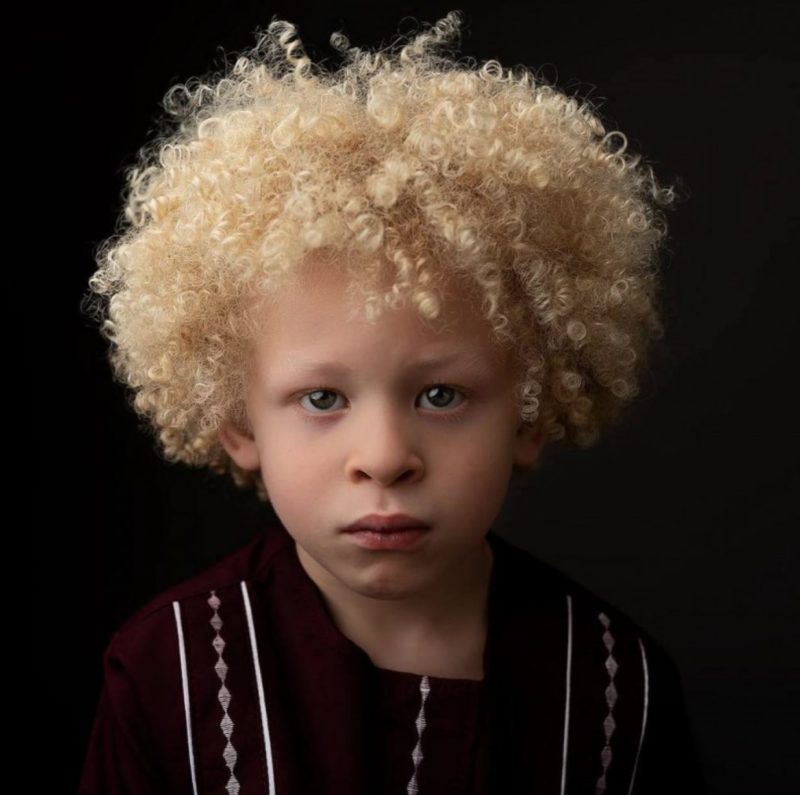 She heeded this advice in the hope that in this way her boy would become more self-confident.

And it really helped!

Elijah does a great job as a model. He is a truly unique and very beautiful boy.

Now he is not shy about his features and wants to show himself to the world. 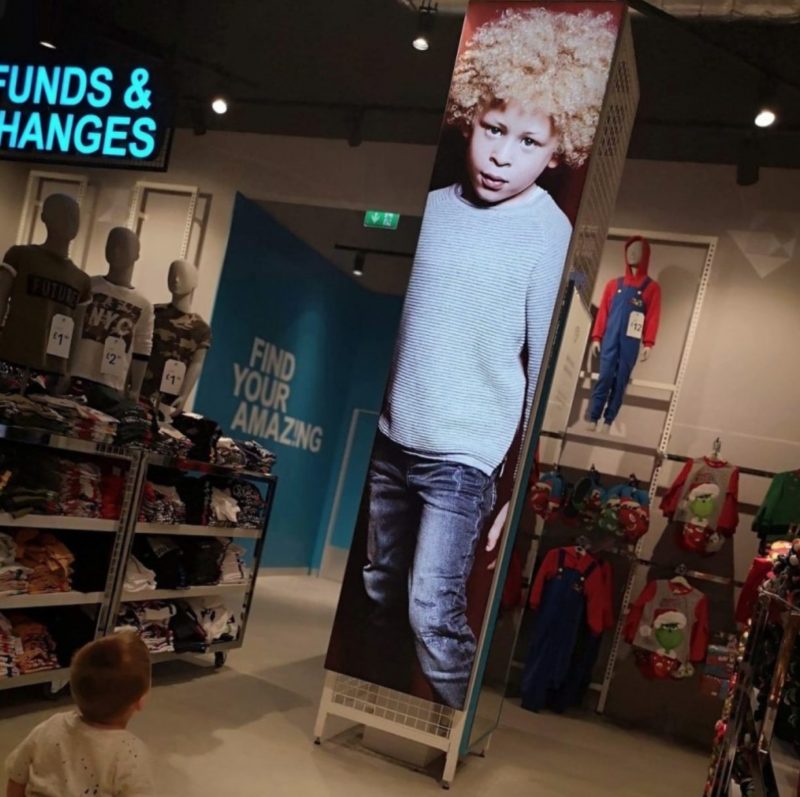 The boy is ready to conquer the catwalks and participate in advertising campaigns, and his parents support him.

But his mother believes that everything should be in moderation and does not want her son to devote all his time to a new hobby. Still, study and family will remain a priority.

And these are just the first steps of the amazing аlbino boy, about whom we will hear about later.

Interesting News 0 54
A student from the English city of Leeds, Yorkshire, told how she managed to

A birthday to remember: a woman frees a 40-foot whale caught in a fishing net on her birthday
Interesting News
0 91

A nature photographer captures a surprisingly beautiful act of kindness: a wild orangutan lends a helping hand to a man stuck in the mud
Animals
0 262

The gigantic Harpy Eagle looks like a man wearing a costume of a bird, precious beauty of the nature
Interesting News
0 1202