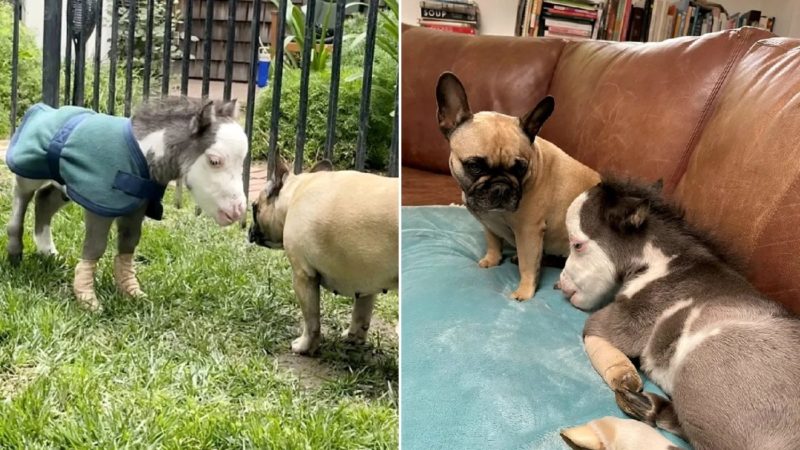 The world’s smallest horse, who was refused by his mother, because of his tiny body,  lives in San Diego with his pony trainer human and her three dogs.

The little pony, named Peabody, was abandoned by his mother, as he was too little, so that she couldn’t nurse him. The six-week-old pony is smaller than an average dog and his weight is about 20 pounds, which is far more miniature than the average size of a pony.

Faith Smith, the owner of Peabody, declared this pony the smallest miniature horse at his age in the world. 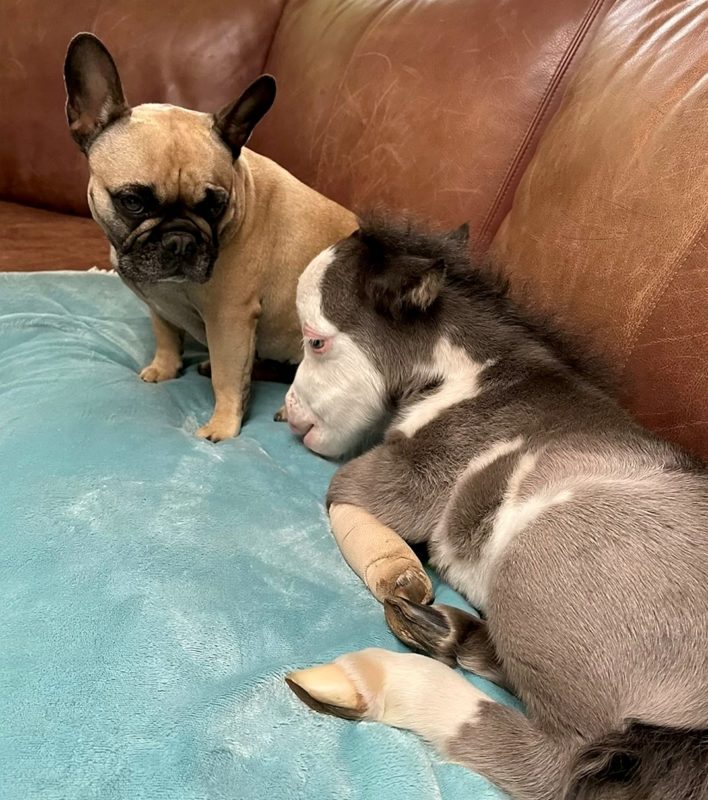 Peabody lives inside her owner’s house, like a pet. His previous owner was offered by the vet to put the poor animal down after his mother refused to nurse him, but, fortunately, Smith managed to save him.

Though the little horse had some health problems, as some issue with his jaw, probability to be deaf and blind, risk of not to walk, Smith was sure he would survive and deserved a better life. 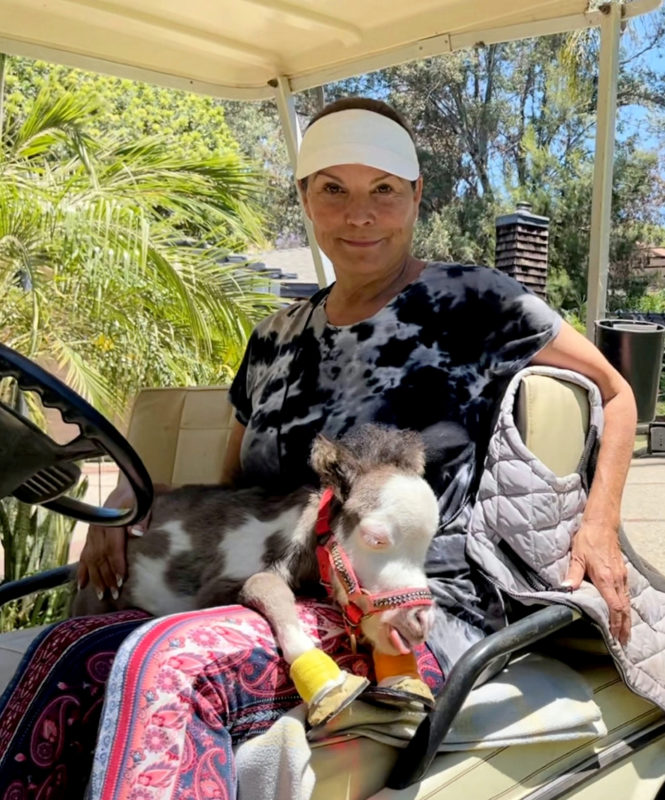 Hiring a van, Smith drove to the country to pick up Peabody after the adoption.

Since that day, the miniature horse had some successes, his jaw has aligned and his head has grown, he has a perfect eye-seeing, and he walks. 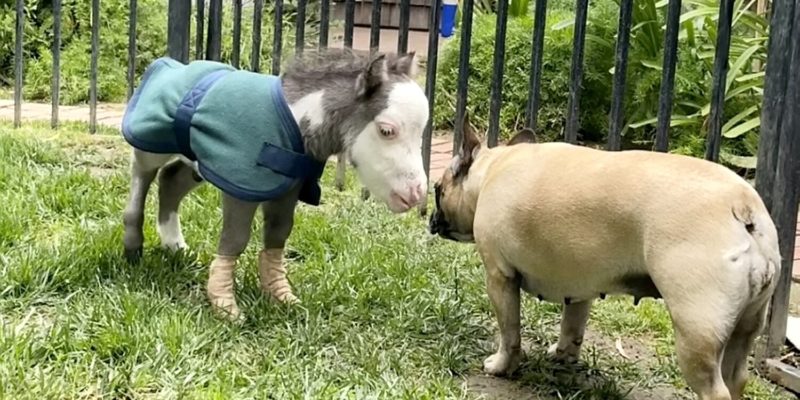 Though he is deaf, but it isn’t a hinder to feel comfortable at her place.

Peabody also get along with her three dogs, playing with them in the garden. The smallest horse in the world enjoys his life and is very happy.

Animals 0 5
A brave Labrador Retriever protected his owner from a rattlesnake attack. At the same

Animals 0 3
The story happened in the British village of Buckland Newton. The Jack Russell Terrier

Interesting News 0 20
A family of 5 was saved by an 8-month-old puppy, Anandaveli, who woke up

Rae, an adorable Golden Retriever, with one floppy “unicorn” ear and a very unique look has become an internet sensation
Animals 0 8898

Meet Richie, an exceptional Main Coon that seems to be wearing an extra fur coat that makes him look like a lemur
Animals 0 980