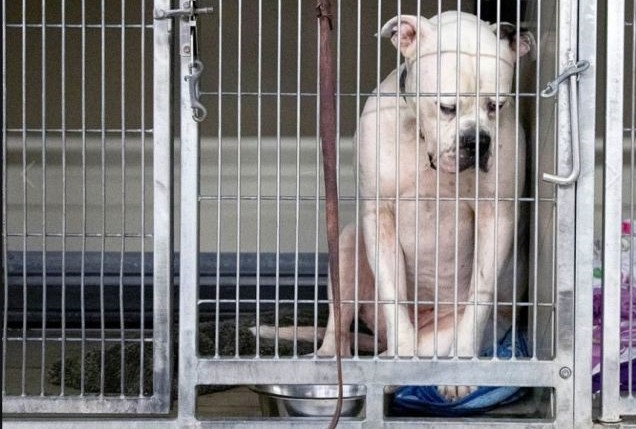 The tear-jerking photo of a sad, unhappy American Bulldog, sitting hopeless in the kennel, broke everyone’s heart, as it appeared on the pages of the social media.

The photo was taken after the family of the poor dog left him at the local shelter. 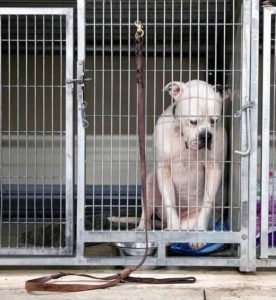 This might be a reminder to everyone, who own a pet, that they have responsibilities to their living creatures till the end of their lives.

The photo, with a devastating look of this poor dog, was shared on the Facebook.

Two poor dogs, Ritter and Corky, were dropped at the shelter by their owners, as soon as their humans lost their home. 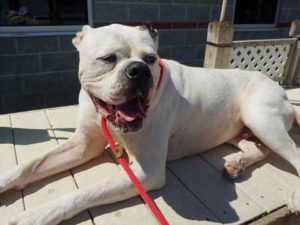 The 4-year-old Ritter’s reaction to the new situation was just heartbreaking, as if he could realize that he will be not able to play with other dogs and children.

Unfortunately, this is that real scene which encounter many animals at the shelter every day.

But there was a hope for this adorable dog, as the staff  of the shelter did their best to find a new home for Ritter, where he will find love and comfort.

Everyone deserves a second chance, Ritter, as well. 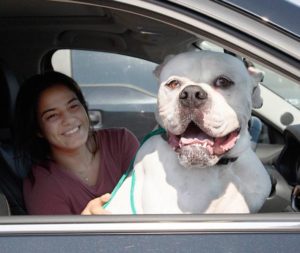 This story with the heartbreaking photo, taken by one of the volunteers of the shelter, was shared on Facebook.

Fortunately, a short time after it, a kind woman adopted Ritter, ready to take care of him and love him forever.

Hopefully, his heart will be healed very soon.

Later, the shelter thanked everyone involved in the kind action of finding a new parent for Ritter, adding that they are many other cats and dogs at the shelter feeling the same sadness, desperation and disappointment, as Ritter.

They all  are waiting for their chance to be adopted and eventually free and happy.

55-year-old woman from Britain gave birth to her own granddaughter: see how it all happened
Interesting News
0 94