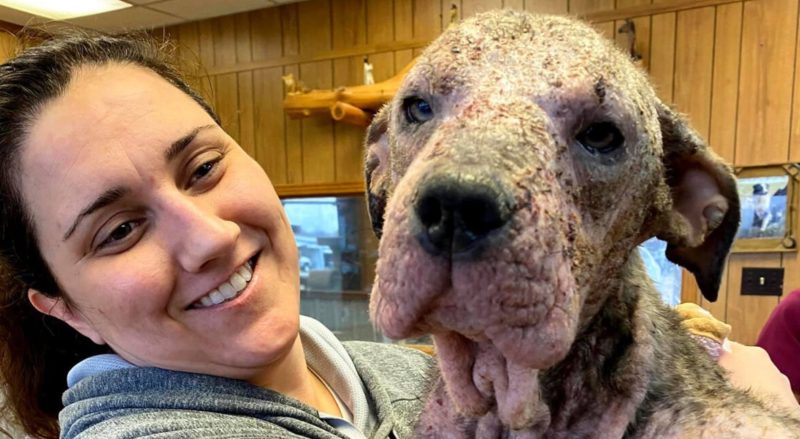 On a winter night before Christmas, Lauren Buckley was browsing Facebook and came across a post from a man who picked up two stray dogs on the street and now did not know what to do with them.

Lauren, who worked with friend Brooke Cole as a volunteer for the animal rescue organization, volunteered to help.

The girls canceled their plans to go to New York for the New Year and went to the author of the post. Both dogs looked bad, but one of them – Lainey – caused the most concern.

According to Lauren, the animal gave off a terrible smell. The dog did not see anything and left bloody marks everywhere behind it. 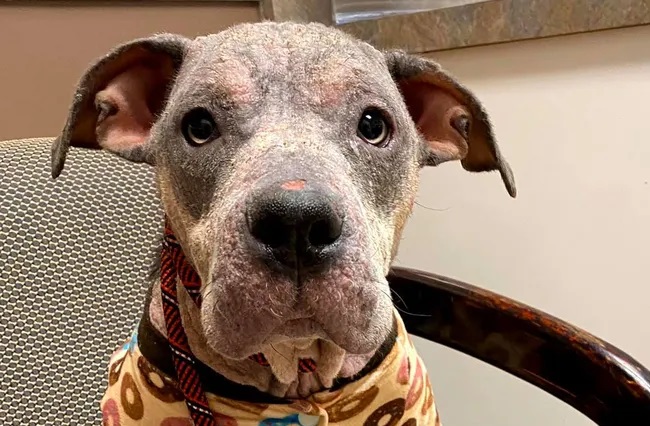 Everything said that Lainey would not live even a week.

But after the first visit to the vet, it became clear that the dog is a real fighter!

Due to the neglected demodicosis, she suffered terrible itching and pain. Secondary skin infection resulted in almost complete hair loss. But Lainey endured and fought for her life. 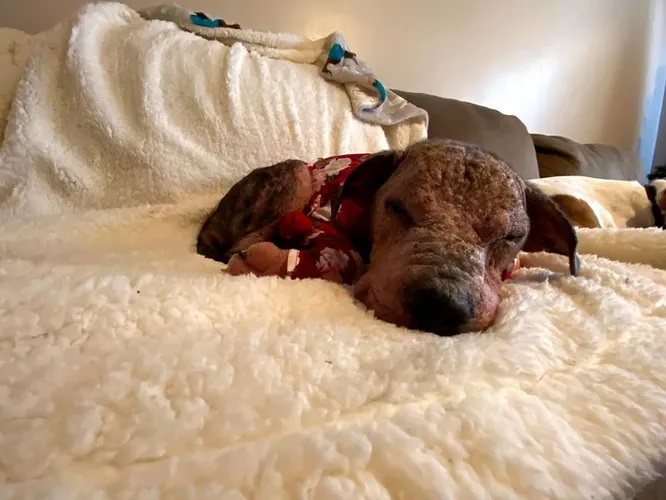 A long and painful treatment began, the costs of which were borne by a volunteer organization.

Lauren and Brooke, in turn, tried to cheer up the dog and help her cope with stress.

The correct treatment, love and care did their job – gradually Lainey became to look more and more like a dog. 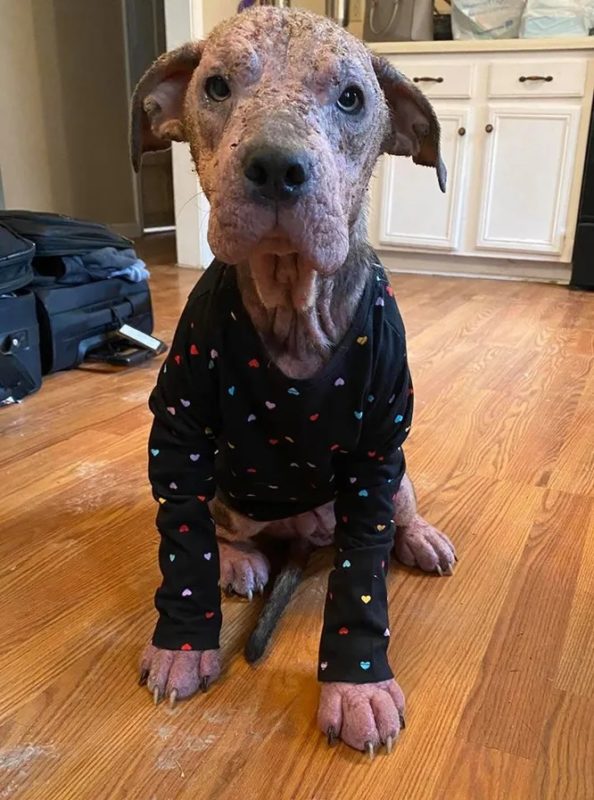 The wounds on the skin began to heal, and dark brown hairs began to appear in their place.

Lainey came to life and began to behave like a puppy – for the first time in her short life. Five months after a serious illness, she returned to a good mood.

And soon the dog managed to find a new home. Lauren’s friend Kelly took her.

Together with her husband, she began to keep an online diary, in which she talked about the gradual recovery of the puppy, which was given a new name by the adoptive family – Luna. 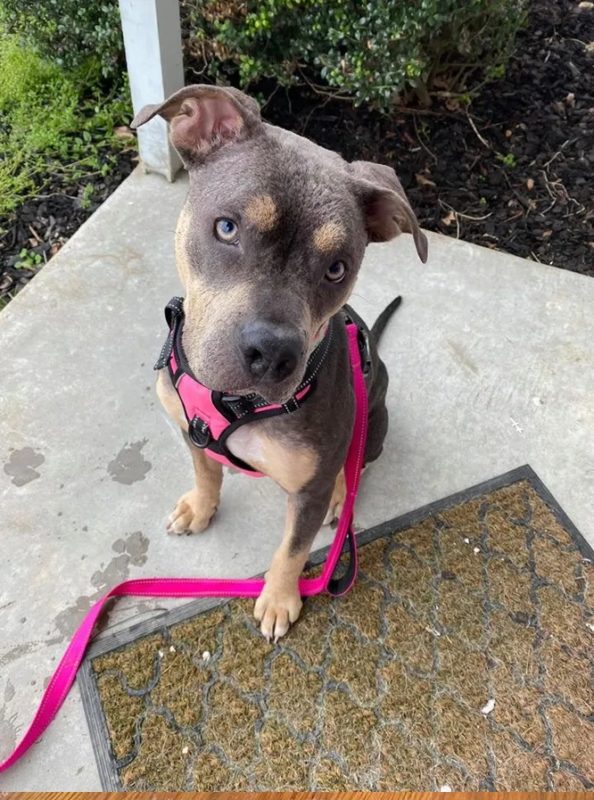 The dog became a sister to three pets – Kelly and Larry, who immediately adopted her into the pack.

Luna has a new and happy life – which began thanks to a girl who decided to look at the Facebook feed before Christmas. 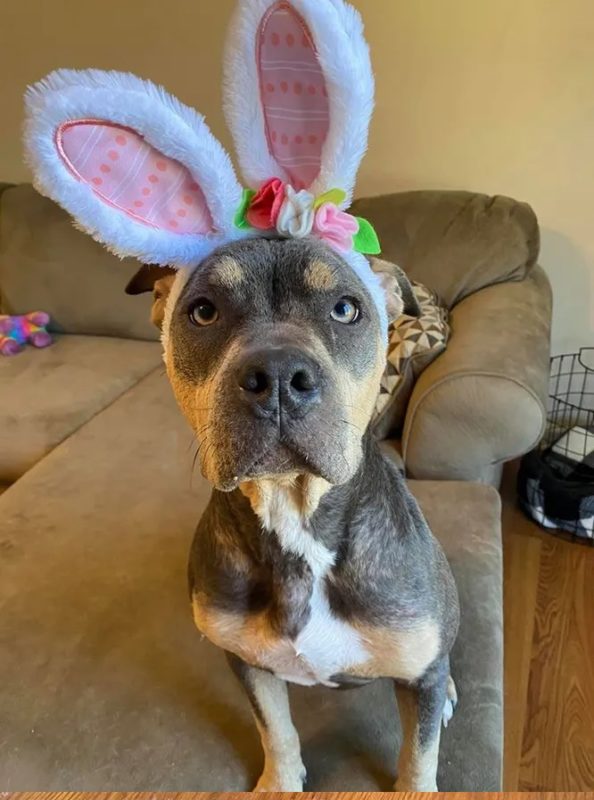 Four ears and a heart on the tummy: the cat with the unusual appearance conquers the social media
Animals
0 473