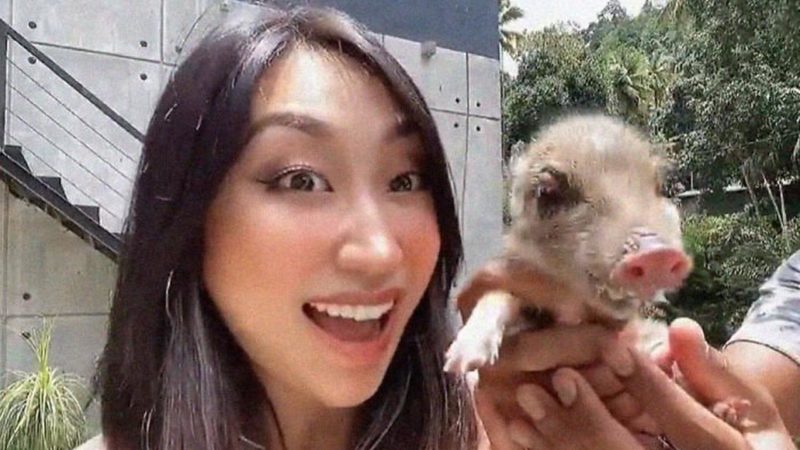 One day, the woman got surprised opening her front door and finding at her doorstep a box with a baby wild animal inside. That was very unexpected for her.

Dora Wei is an animal lover. The kind woman learned from his gardener that he found the box was nearby her house.

It was found out that the wild little creature was a baby boar, who was about a few hours old. The newborn had been separated from her mother and was very cold.

Dora without hesitation brought the poor baby into her house, making a little space for her to take the little creature warm by means of hot water bottles. 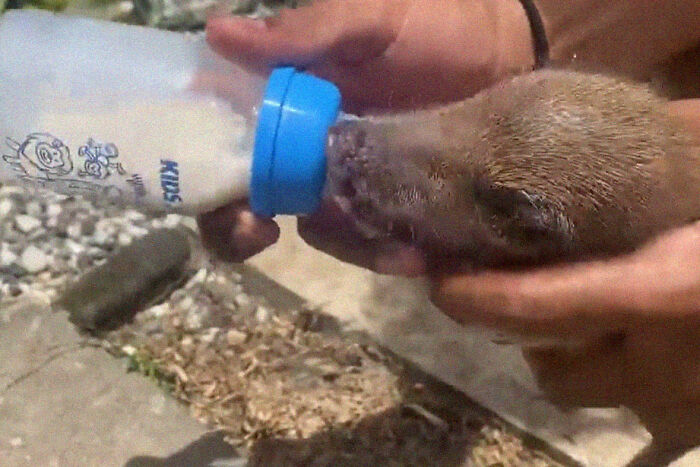 She knew that the helpless soul would die all alone, that she would not have a chance to survive in the wild without her mom’s care. As Dora didn’t know how to take care of a newborn boar, she started to learn it from the internet.

Though everybody in her surroundings didn’t give her hope that she would be able to foster such a young wild animal, anyway, the kind woman adopted her and tried to take care of her. 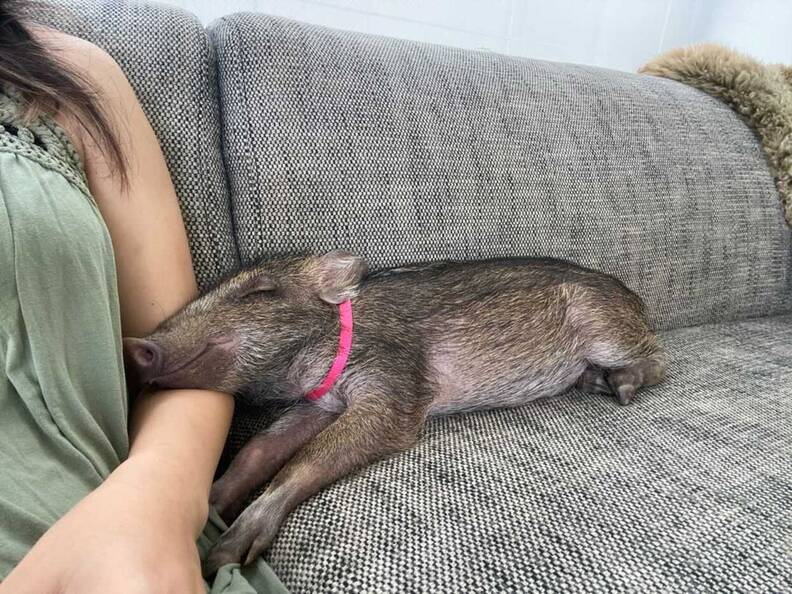 With the help of her boyfriend, Dora fed the little one every hour during four weeks. They had to sleep in their living room to feed the baby boar every hour, when she began to cry. It was exactly like taking care of a newborn baby.
The wild baby boar was called Yezhu.

Her owners were a bit skeptical how the little boar will live with their  four dogs. But Yezhu was very friendly to all the dogs, she especially loved the kind Labrador and wanted to be always next to him. She followed the dogs all the time, playing with them and eating from their plates and sleeping with them. She, probably, thought she was one of them. 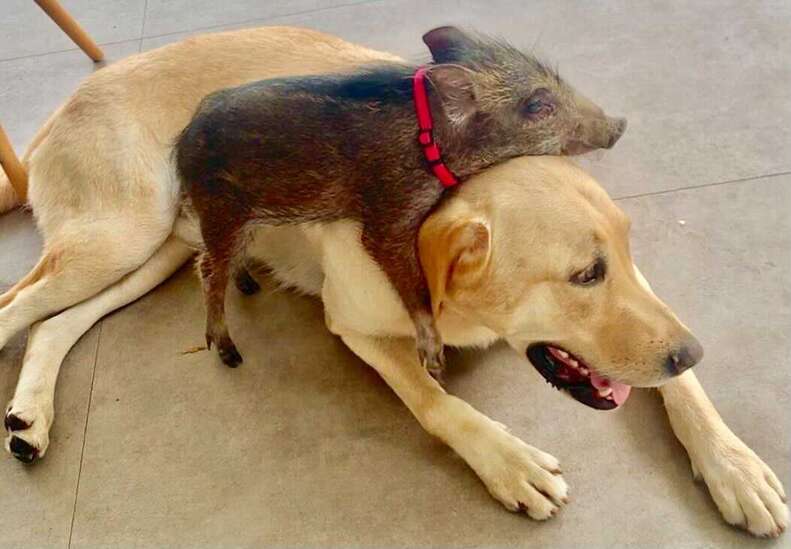 Soon, the couple found out that Yezhu had eye seeing problem, and they can not release her into the wild. So, Dora’s boyfriend built a little house in their backyard with a little pool.

Yezhu loved to dig up in the yard and enjoy her time in the pool. She also loved to receive belly rubs, like other pets.

Yezhu made her kind owners’ days brighter, who love her and proudly see her growing every day stronger and bigger and happier.

The huge walrus named Wally travels along the European coast, “hijacks” strangers’ boats to have a rest on them
Animals
0 625