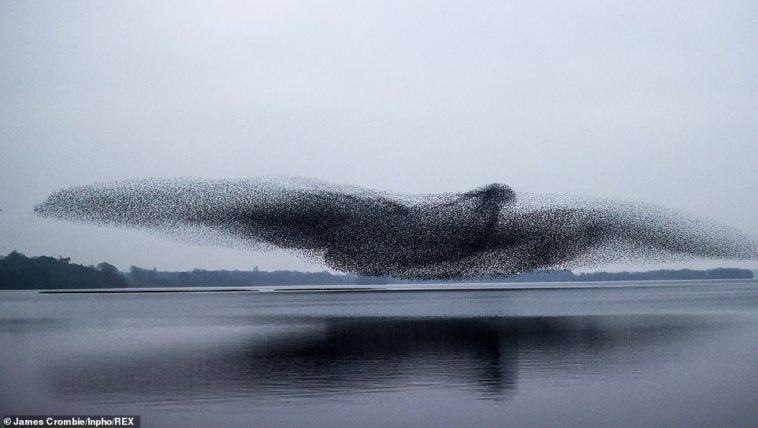 “It looked like a huge bird,” said James, one of those who captured the moment.

There is no doubt that starlings fly around Lough Ennell, near Mullingar in County Westmeath.

Ireland is a blessing of nature, the beauty of which we can see thanks to two photographers – Colin Hogg and James Crombie. 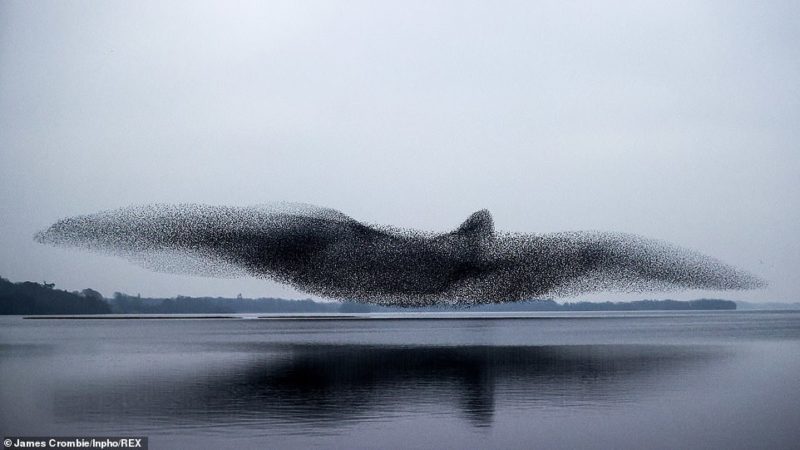 These two professionals captured the moment a large flock of starlings took the form of what everyone saw as a giant bird over a lake.

James is one of those who captured this moment.

He was named Photographer of the Year at the Irish Press Photographers Association Awards.

He tweeted that he spent months looking for something incredible that ended up paying off.

His photograph appeared on the cover of the Irish Times.

Another person who saw it was Colin, an enthusiastic photographer who works in the geophysics section of the Dublin Institute of Advanced Technology.

He said it was “such a beautiful sight, so close to home.”

Why does such a phenomenon occur?

Small birds, gathering in such groups, ensure their safety. Predators like peregrine falcons have a much harder time aiming and catching someone in a pack.

Another reason for forming a flock is that it helps keep them warm at night and share information about feeding areas.

Just awesome. It was an remarkable work of photographers.

After months spent on the street all alone, the dog decided to trust strangers and began a new happy life
Interesting News
0 753
Our Top Posts