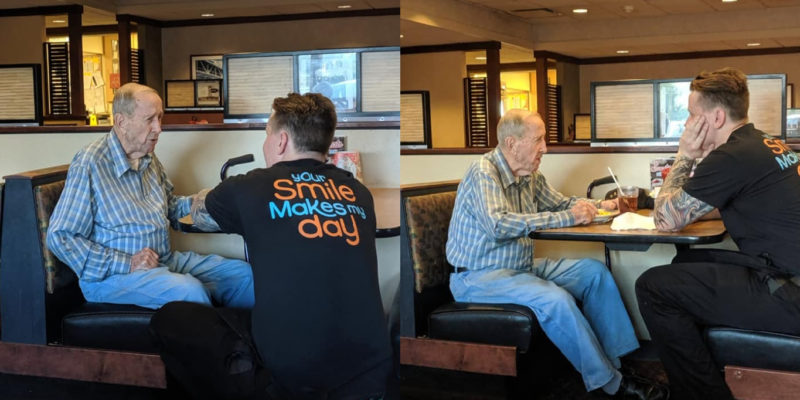 The work of waiters is really laborious and difficult. Many of them love to make new acquaintances, but they simply do not have time to communicate with guests. 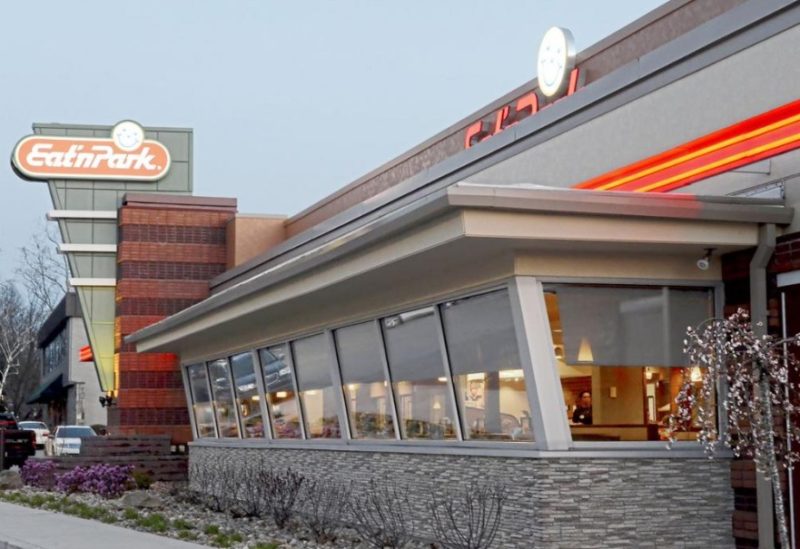 However, there are exceptions. One of these exceptions goes by the name of Dylan Tetil.

One day, an elderly man was sitting at a table in a café. While Dylan was taking the order, he suddenly knelt down in front of the old man. 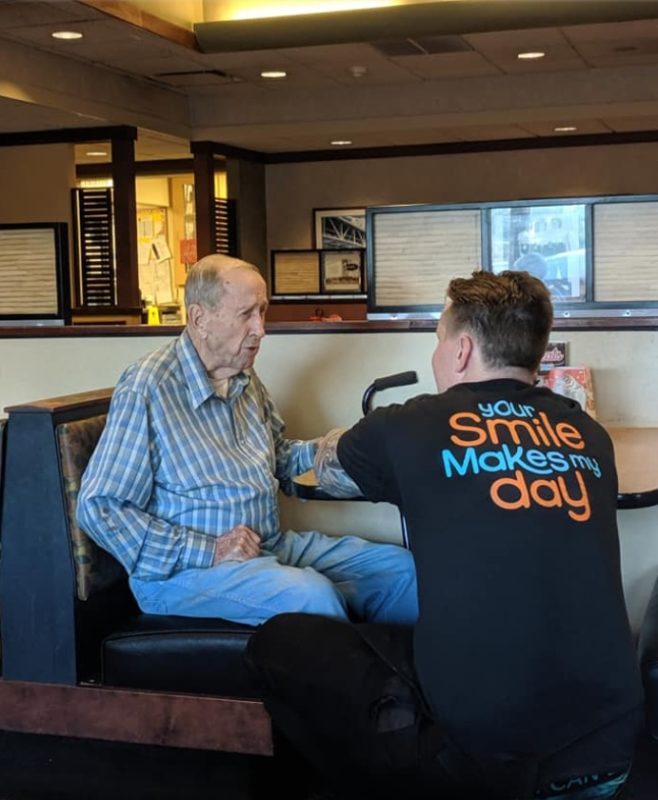 Next to this table, there was a woman named Lisa, who was curious about what was going on there. She managed to hear that the man was 91 years old and that he was a veteran.

He explained that he had lost his hearing after his service in the Second World War and had forgotten to take his hearing aid with him. He also apologized to Dylan for talking a lot, because he simply had no one to talk to.

That’s why Dylan got down on one knee, so they could communicate.

When the young waiter came with the order, he asked the old man for permission to sit with him and chat. The man gladly agreed, and they spent some time having an interesting conversation. The man told stories from his service and how he lost his hearing. 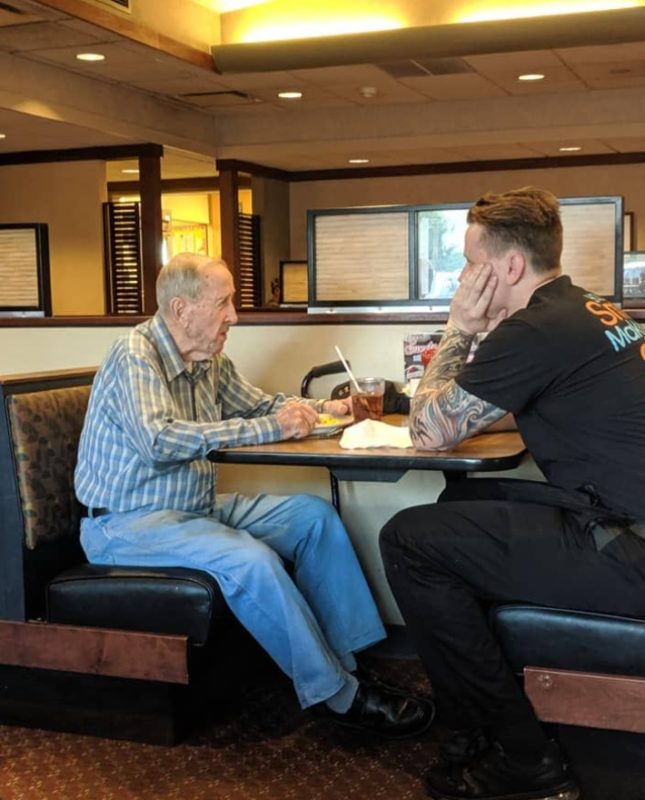 Users appreciated the kind gesture of the young waiter and commented that for older people even 10 minutes of conversation means a lot.

They called this duo of a veteran and a waiter just wonderful and said that a close bond between them undoubtedly developed.

Meet the “cosmic” eyes: the blind cat from Canada became famous for the peculiarity of his appearance
Animals
0 178