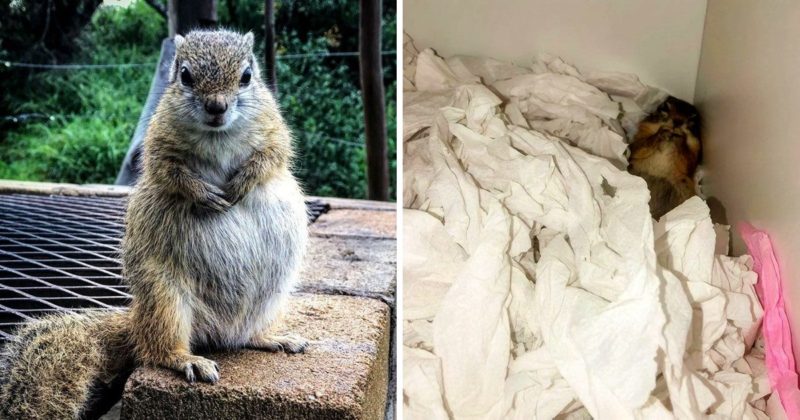 When Simone Serfontein found a newborn squirrel fallen out from a tree, she couldn’t turn away and immediately rescued the poor creature.

She first started to look for the baby’s mother, but in vain, the mom squirrel was nowhere to be found. The helpless creature was about 5 days old, who was still pinky, without hair, cold and was screaming apparently for hunger or for her mom. 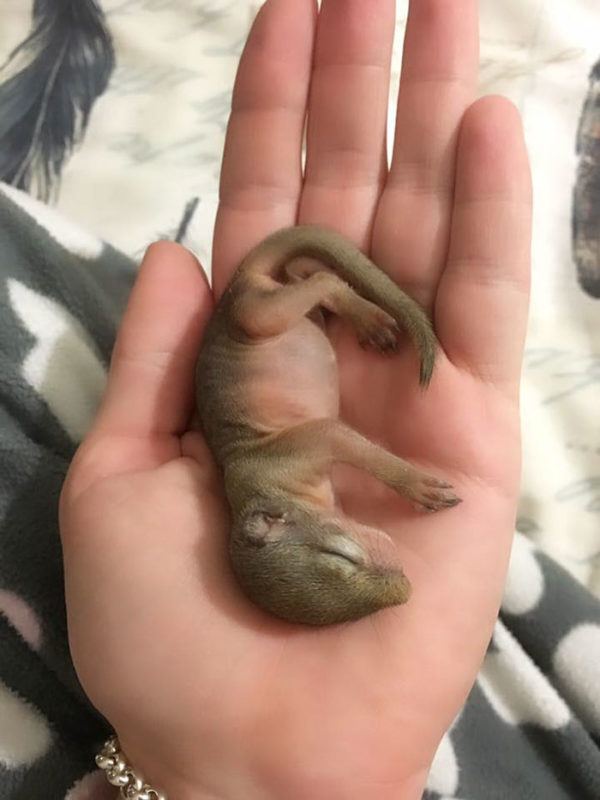 Simone decided to take care of the little squirrel, as she wouldn’t survive in the wild all alone. The tiny baby was called Dingetjie. But it was not that easy to raise the wild baby.

Especially a hard task was to nurse her during the first four weeks, as she needed to be fed every hour, even during nights. Simone had also to take her new friend to work,  as she needed warmth and care all the time.

Though Dingetjie didn’t feel her comfortable far from her beloved owner, anyway, Simone had to put her in a little shoebox with soft blankets to keep her warm. The kind lady knew that after the adorable squirrel grow up, she had to release her back to the woods.

But the squirrel had other plans. She didn’t intend to say goodbye to her savior and the next day after release, she came back to her beloved human. And, so, she disappears in the morning and returns in the evening. 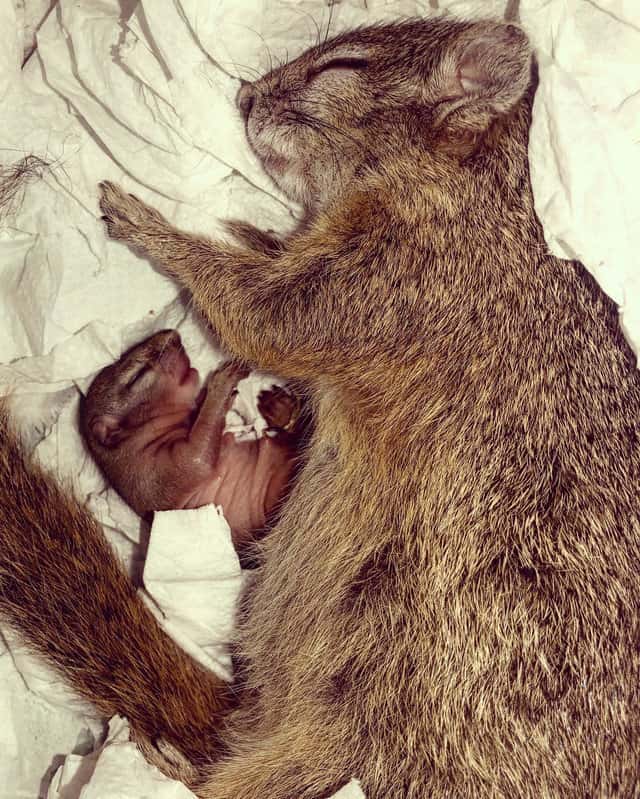 One day, Simone understood that her friend is pregnant. Dingetjie build a nest not in a tree, as usually she should do, but in one of her owner’s drawers, which was made of toilet papers.

Unfortunately, her pregnancy was complicated and Dingetjie gave birth to a stillborn baby. Her second pregnancy though seemed much better, but the newborn died after  a couple of months later. 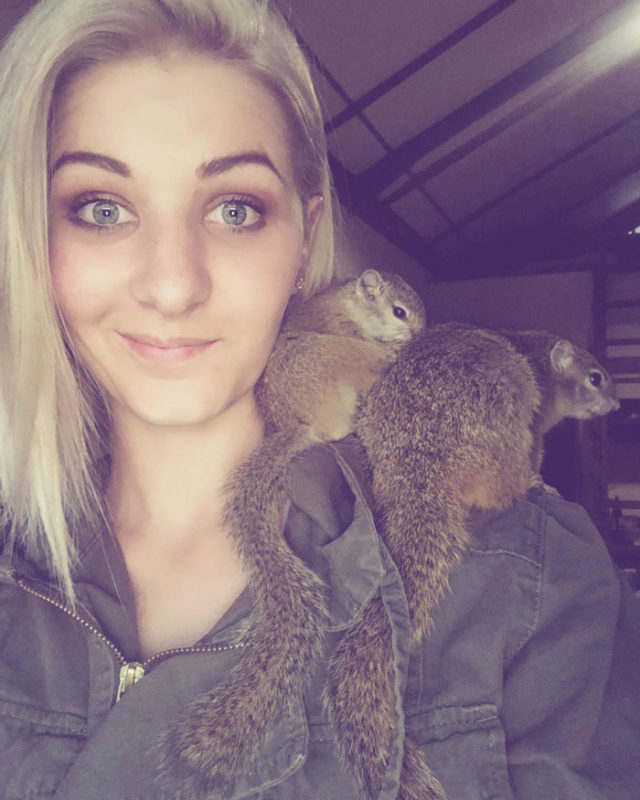 Mistie, the third baby of the mother squirrel,  was born after several months.

As Dingetjie had no milk to nurse her newborn, the experienced Simone, this time again fostered and raised her friend’s baby.
Simone still enjoys the company of these two wonderful squirrels, who make her life brighter and happier.

Animals 0 16
Two friends, dogs Inna and Zelda, lived all their life in the field next