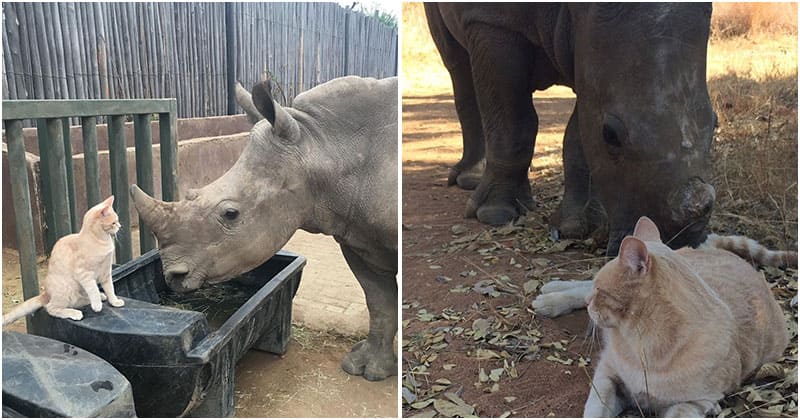 Jamie Traynor, who is a worker at the Rhino Orphanage, became an adoptive mother for an orphan baby rhino, named Jamila.

The poor rhino was so frightened and confused, as she was a witness of a poacher attack.

Unfortunately, her mother became a victim of that terrible act. The baby rhino, luckily, was rescued in time and appeared at the Rhino Orphanage.

She was in a bad mental condition, and to reduce her stress, the workers bound her eyes and put earplugs.

The lost of her mom had a bad impact on her, she was not only scared, but unconfident. 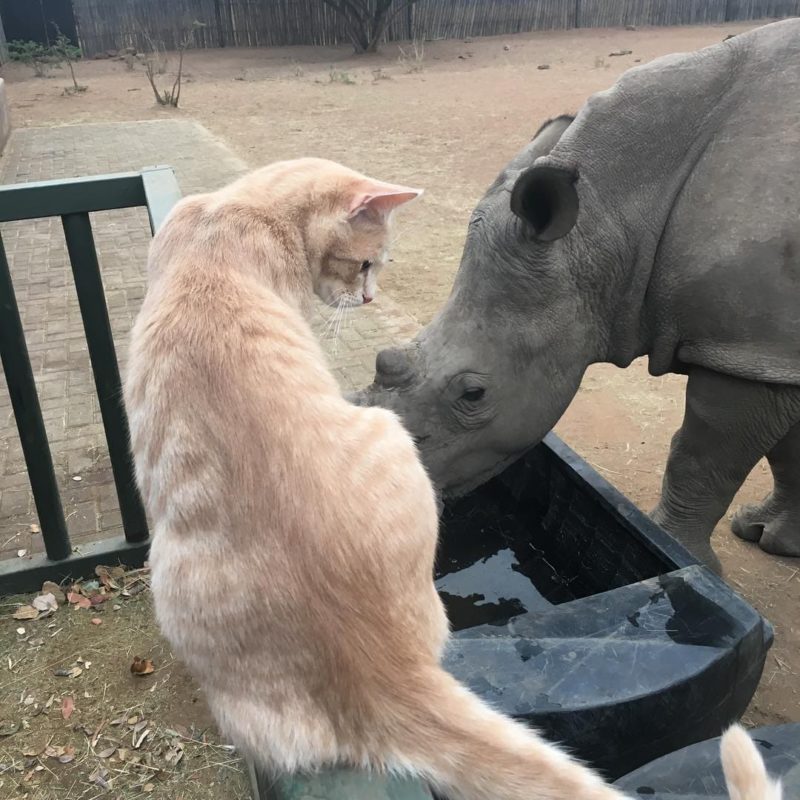 But, thanks to the efforts and care of Jamie, Jamila soon was recovered. She seemed to trust humans.

Jamie spent her entire time with the orphaned rhinos, taking care of them.

But her beloved one was Jamila, who really needed her love and comfort to forget what happened to her and her mother.

Not only Jamie, but her lovely cat, named, Mewie, who also tried to help baby rhino, was next to her all the time. 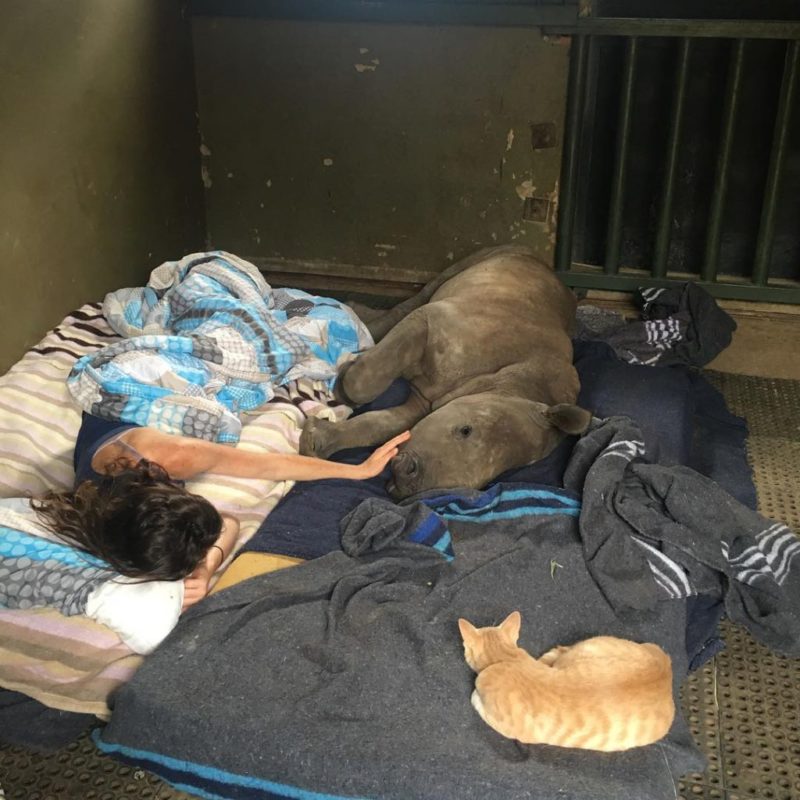 If Jamie and Jamila was sleeping, the cat was there, they were going for a walk, Mewie joined them.

Mewie paid a great attention to Jamila, who responded to him in the same way. So, soon a special bond arose between them, which flourished over time. 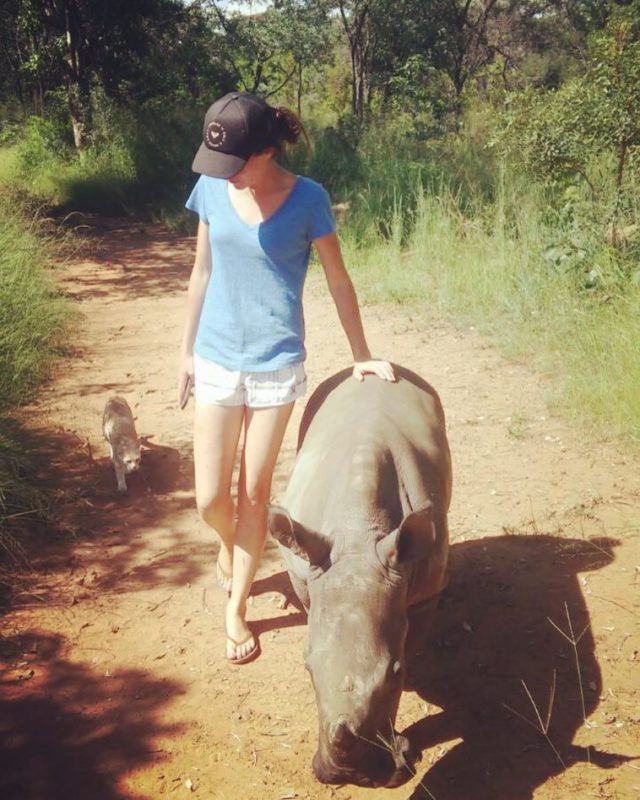 To see a rhino and a cat together was really strange. But their pure and loving relationship melted everyone’s heart.

Cats sometimes surprise us with their unexpected care and love, which they give all those in need of help, as this kind cat Mewie, who helped his friend to overcome the pain of her lost.

Please, watch the below video, if you want to learn more about the great friendship of this wonderful duo!

The talented 90-year-old woman creates masterpieces: she paints on all the houses in the village
Interesting News
0 70