It’s definitely out of imagination any close bond of a wolf and tiger in the wildlife, but apparently, it’s possible, when they brought together from their early age. 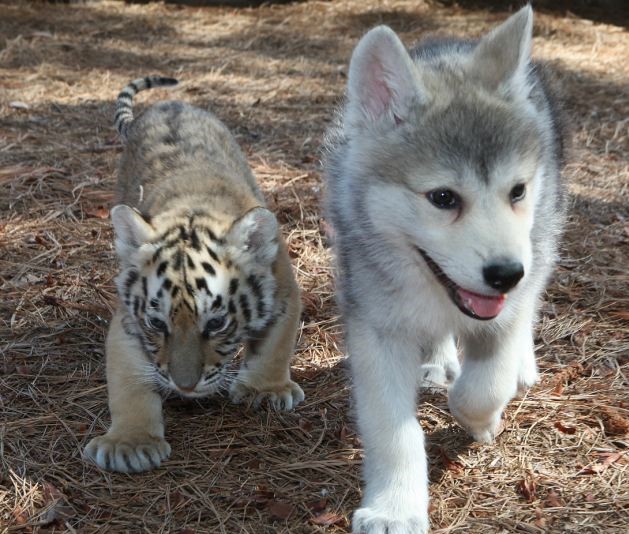 These wonderful creatures were born at the Myrtle Beach Safari, and they grow together, sharing the same place.

These rare cute animals are now 3-4-month old, who spend their entire time together, so, knowing each other from their early childhood, they became best friends.

They have been separated from their moms, when they were a few days old.

This was done for the survival purposes by the staff of The Institute of Greatly Endangered and Rare Species(TIGERS). 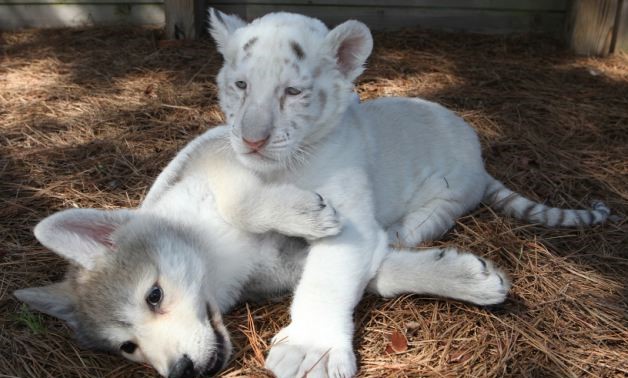 They share not only a special bond, but have shared the same formula milk.

Baby tigers and wolves have no idea that their ancestors were and are enemies.

Now, the wolves are bigger in their size, then their tiger friends, but soon, when they grow up a little, the tiger cubs will be bigger than wolves. 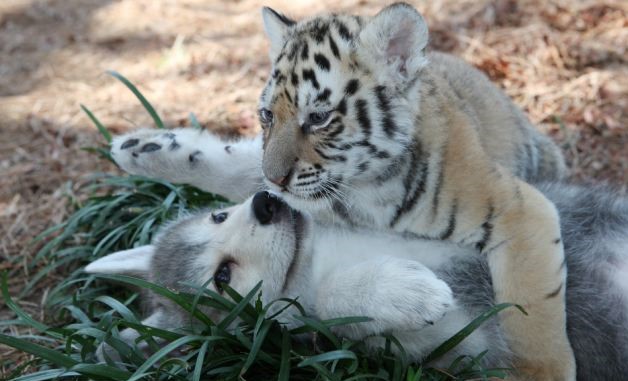 But it is not a hinder for them to play and chase happily each other all the time.

That time they have to be separated, as the size and species differences will be evident.

The sanctuary put these various species together to boost their relationship with humans.

The adorable little animals farmed a strong bond and get along with each other very well, so after several months, when the time will come to separate them, it will be hard not only for them, but for the staff as well.

But for now, as they are still little, they can enjoy their time together fully.

When this woman stumbled upon a wingless bumblebee, they had the most incredible relationship and now are inseparable
Animals
0 214