When everything happened, the car was racing along the Italian highway at a speed of almost 80 miles per hour.

The road at night was poorly lit, but there were almost no cars, so the driver raced at full power.

Suddenly he saw a ghostly figure rushing on the highway. He didn’t even have time to react – and the next second he heard a crash.

When the man stopped the car and got out, he expected the worst. But there was nobody and nothing in front of the car.

There was no one under the wheels or behind the car. It was only when the driver shone a flashlight on the hood of his Nissan that he realized what had happened. 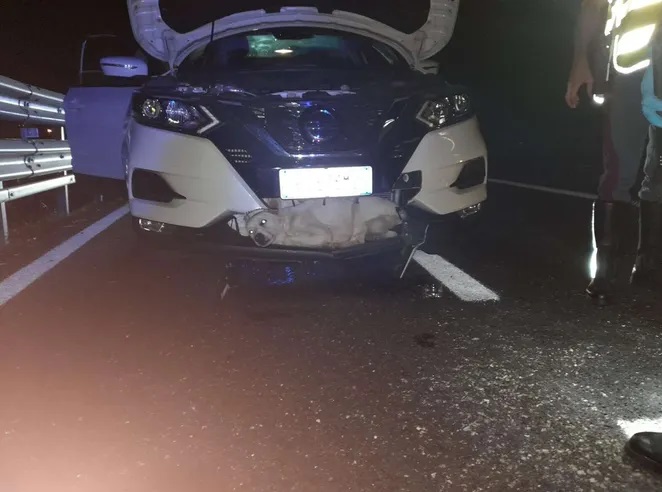 He hit a dog – a big white dog. The dog got stuck under the hood of the car, and lay in the space under the radiator as if it had climbed there on its own.

The driver immediately dialed the number of the veterinary clinic.

Jimmy Dotty from the veterinary clinic came to the scene before any other service. He was shocked by the incident no less than the driver himself.

After all, he has been helping injured animals for many years, but this is the first time he has seen such a thing in his life! 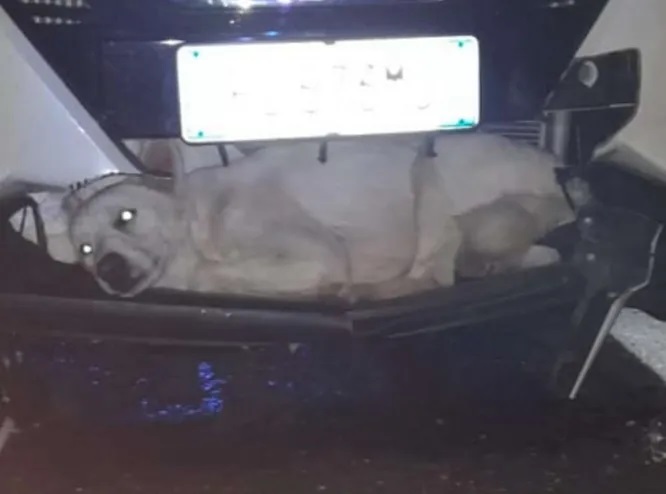 Gathering his thoughts, the doctor injected the dog with a sedative.

After that, he and the driver removed the poor boy from the hood of the car.

A quick examination showed that the dog was not seriously injured, and Jimmy took him to the clinic. 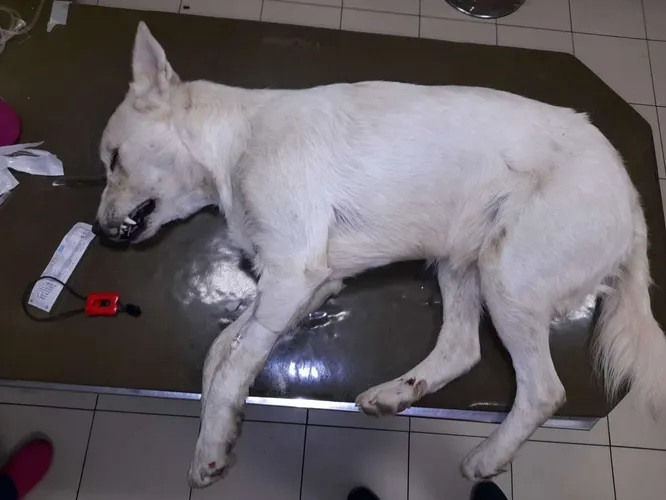 It turned out that neither the brain nor the bones were damaged. Only the front left leg was broken – which is a real miracle, all things considered.

It seems to us that such a clever and lucky dog ​​should be called Houdini, but the veterinarians chose the funny name Paraflu for him.

Now Paraflu is already in full swing on the mend. Although his leg is still in a tight fixation bandage, he is already out for a walk. 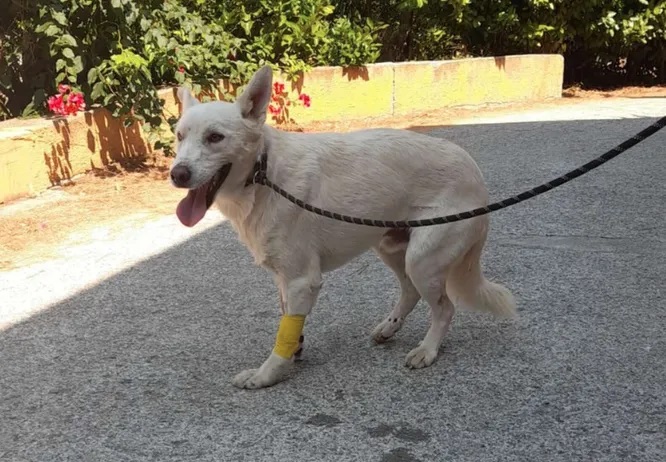 And he smiles all the time, as if he understands how lucky he is in life.

The deaf and blind dog was even afraid to walk, but he got a loyal cat friend who changed his whole life
Animals
0 200

The caring owl became a mother for a lost duckling, mistaking a duck egg for her own
Animals
0 321

Villagers stopped harvesting field to save 5 cubs of a jungle cat, a protected species
Interesting News
0 73

Serbian man follows his mother’s passion, over the years he has saved more than a thousand homeless animals
Animals
0 146
Our Top Posts