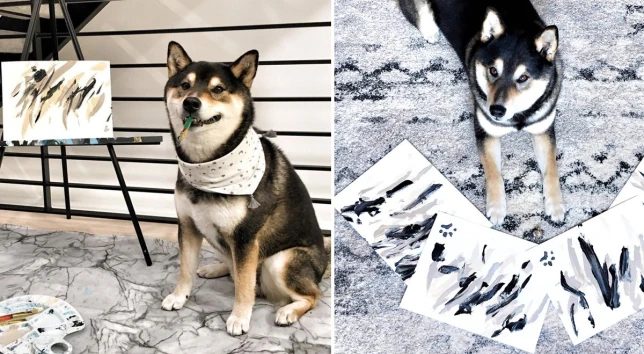 Eight-year-old dog Hunter is a very creative dog, however, it was possible to find out this relatively recently.

About four years ago, his owner, Denise Lo, put a brush into the teeth of a Shiba Inu puppy for the first time and showed him how to draw. 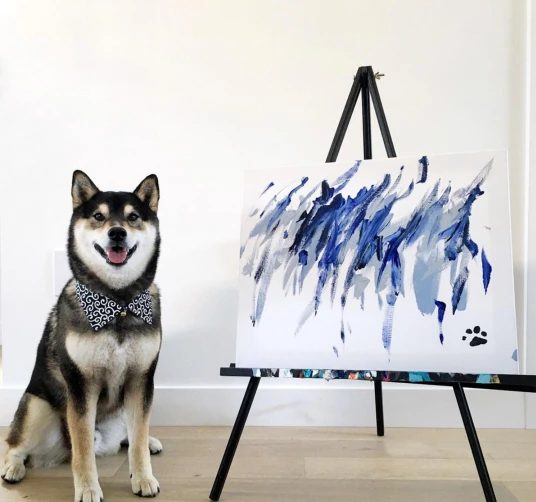 According to her, Hunter has always been a very curious pet. He liked to learn and try new things.

And when the family needed a new picture for the living room, the owners decided to give the dog a chance to do something with his hands, i.e. teeth.

“Already from the first picture, it became clear that he was doing very well. He liked to draw, so we decided to try again,” recalls Denise.

And when a woman posted photos of Hunter’s work on social media, real success came to him. In four years, the family managed to sell 288 dog paintings and earn over £13,000. 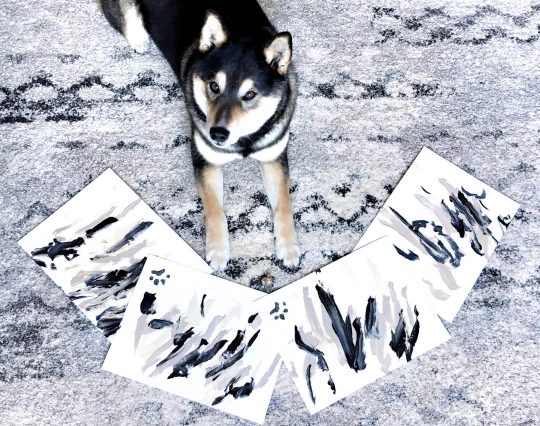 Hunter’s owner claims that all his paintings are different from each other, and the images are rarely repeated.

“He paints heavy strokes and checkmarks with thick brushes, and then draws loops and dots with thin ones. We never force him – he only creates when he wants it,” says Denise.

Like a real artist, Hunter signs each of his works with a paw print.

The dog does not have a favorite color, but he has a favorite small brush, which is most convenient to hold in his teeth.

It seems to the owners of the dog that he often draws self-portraits, choosing the colors of his own fur for the picture – black, brown and cream.

The talented abstract dog is also involved in charity work. So, for the SCARS animal relief fund, the Shiba Inu raised more than 700 pounds from the sale of his paintings. 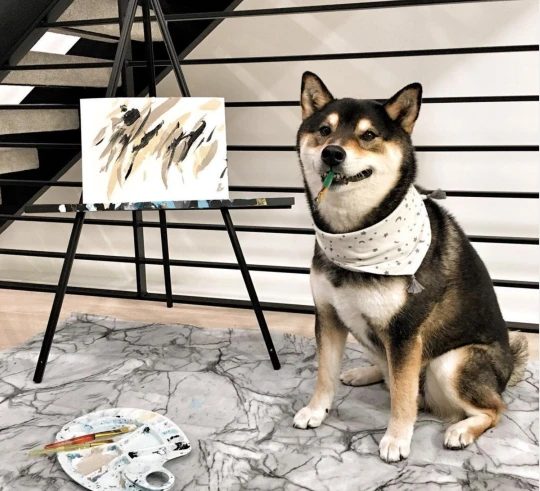 17 thousand people have already followed his page, and this number is constantly growing.

For admirers of the dog’s creativity, Denise sometimes arranges live broadcasts, during which Hunter creates new canvases – such meetings attract hundreds and even thousands of users.

“We feel that Hunter’s work resonates with many people. Over the years, we have received a lot of support and kind words from them,” says Denise.

After seeing students use money to buy food, dog uses leaves to get some too
Animals
0 225

The chicken raised the cat, and when she grew up, she brought her kittens to that chicken
Interesting News
0 147