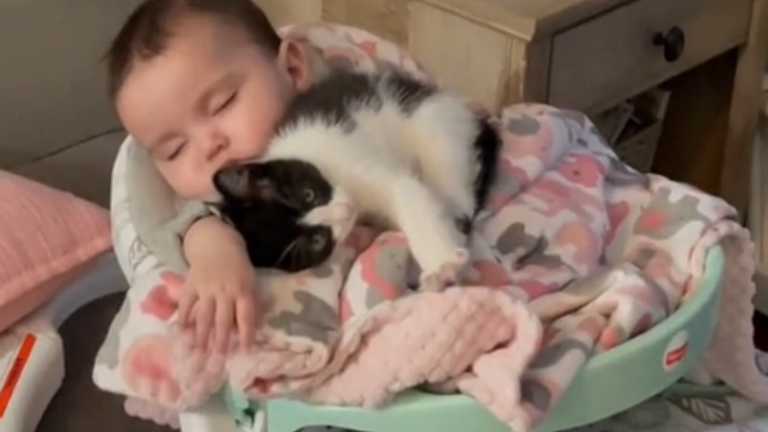 Little kitten named Sushi adores the baby with whom he shares a house.

He never leaves her, always sleeps nearby and was the first to guess that something was wrong with the child.

The girl’s mother and the owner of Sushi constantly filmed the inseparable couple. Subsequently, she decided to tell the incredible story of their friendship to everyone and got them a tiktok.

When the owner picked Sushi as a kitten, he was very quiet and shy. 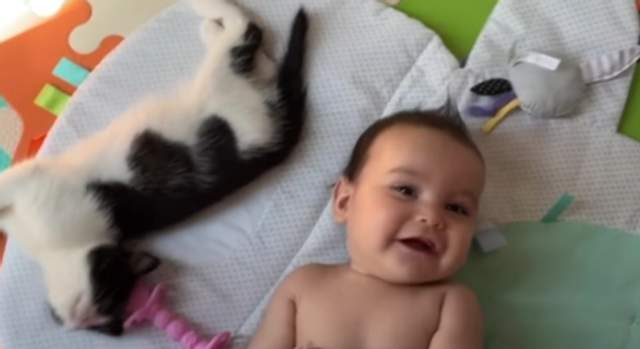 Sushi did not leave the child for a minute: he slept with her in the crib, ate next to her, played and was very sad when Xiomara was taken out for a walk.

The girl, in turn, always sleeps quietly next to the kitten, loves to hold his paw or stroke the silky fur. 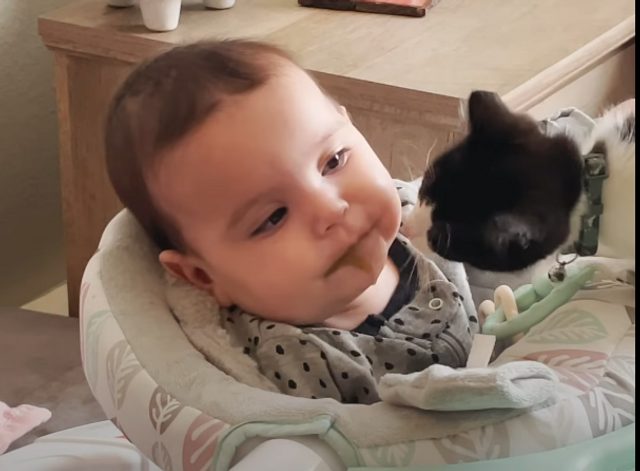 The only time Sushi was not around Xiomara was when she had severe diarrhea. Sushi couldn’t stand the “scent”.

Once Sushi did not get off the girl’s neck, clung to her and could not leave for a second.

He kind of pointed out to Mandy that something was wrong with the baby.

Indeed, it turned out that she had a sore throat due to the infection. 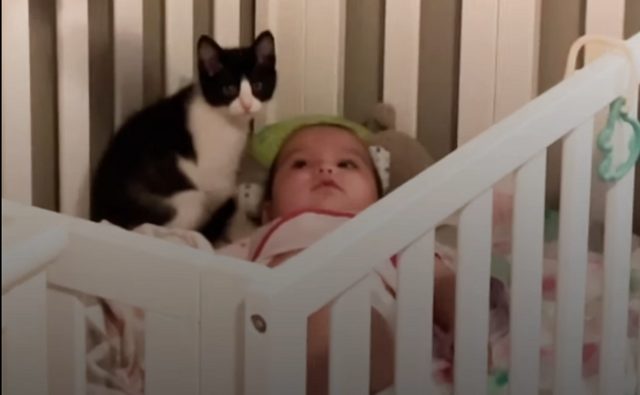 The mother was very surprised that the kitten was the first to notice this and indicated the disease.

Mandy says that she is glad that her child has such a sincere friend.

She knows that the baby will be safe with him.

The adorable trio of black-spotted horse, pony and dog who has identical look farm an extraordinary bond and  charm everyone
Animals
0 431