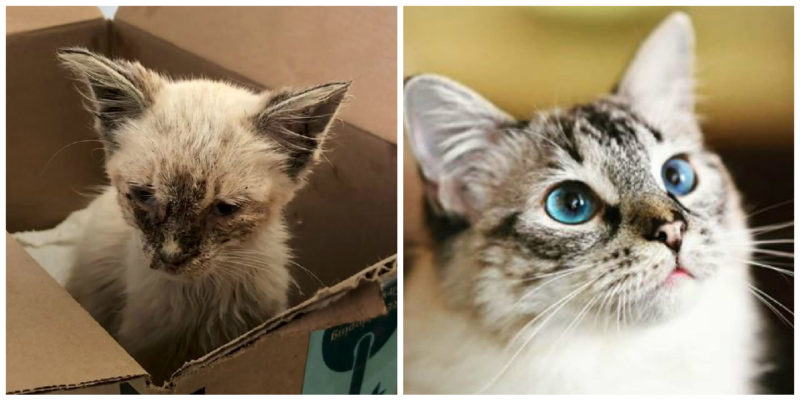 Thin and dirty, she could hardly stand on his feet. 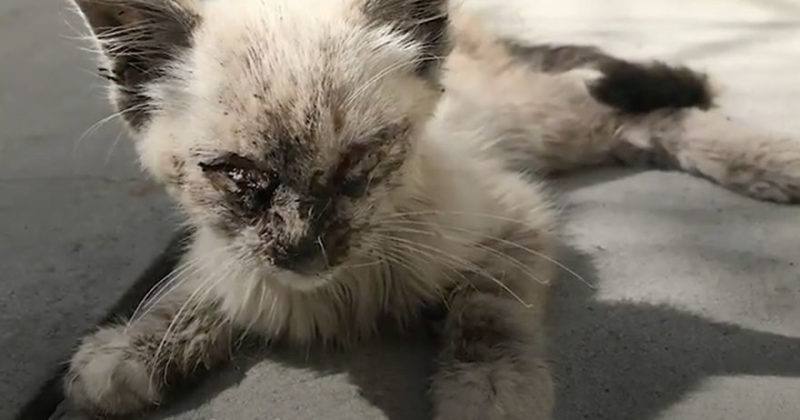 After watching her for a few days, Molly decided to seek help from the Stray Cat Alliance, an organization that helps homeless animals.

Its staff immediately took the kitten to the vet, and it turned out that she had many health problems.

The cat’s muzzle was covered with some kind of black substance, which, upon closer examination, turned out to be traces of hundreds of fleas. 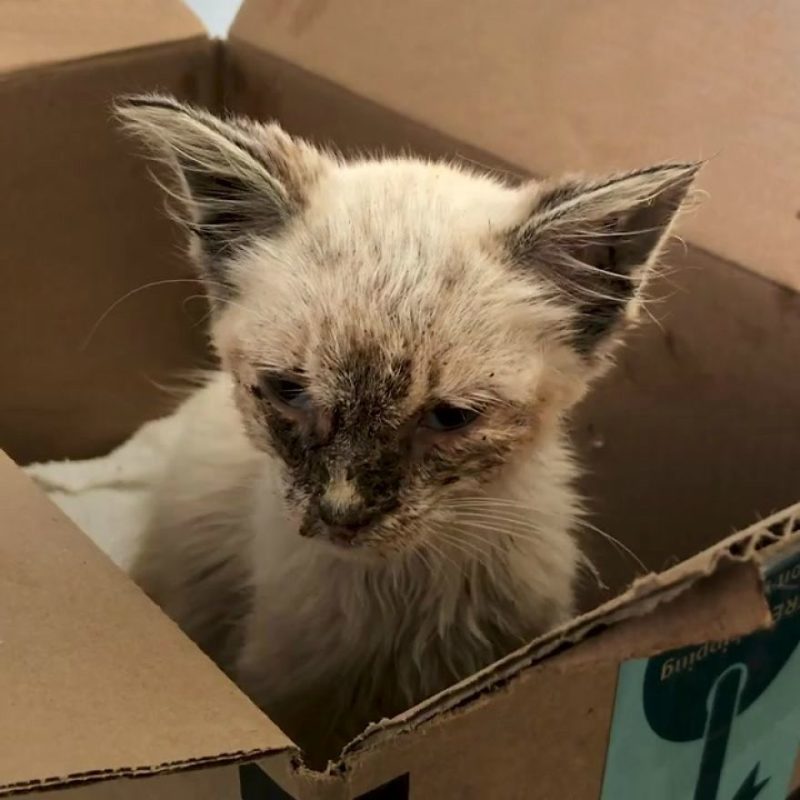 Because of the mouth ulcers, the kitten could not eat properly and lost weight.

Dinah, as the cat was named, was immediately prescribed antibiotics and antiparasitics. 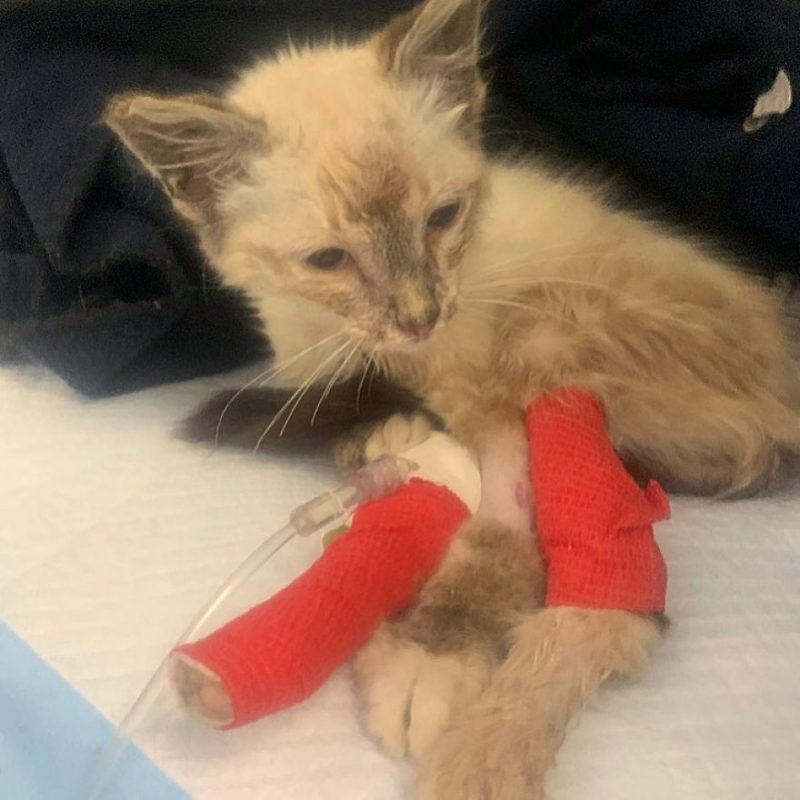 Soon the baby began to recover, and they began to look for a new home for her.

Dinah was taken in by Rebecca Schneider, who was struck by the kitten’s story.

“We recently lost a 14-year-old cat who had serious heart problems,” she says.

“I mourned her for a long time and decided that I should give a chance to some stray kitten. We visited several shelters, saw many animals, but we did not have a bond with any of them. And then I saw Dinah. She was so shy and cautious, but she seemed to like me as much as I liked her.” 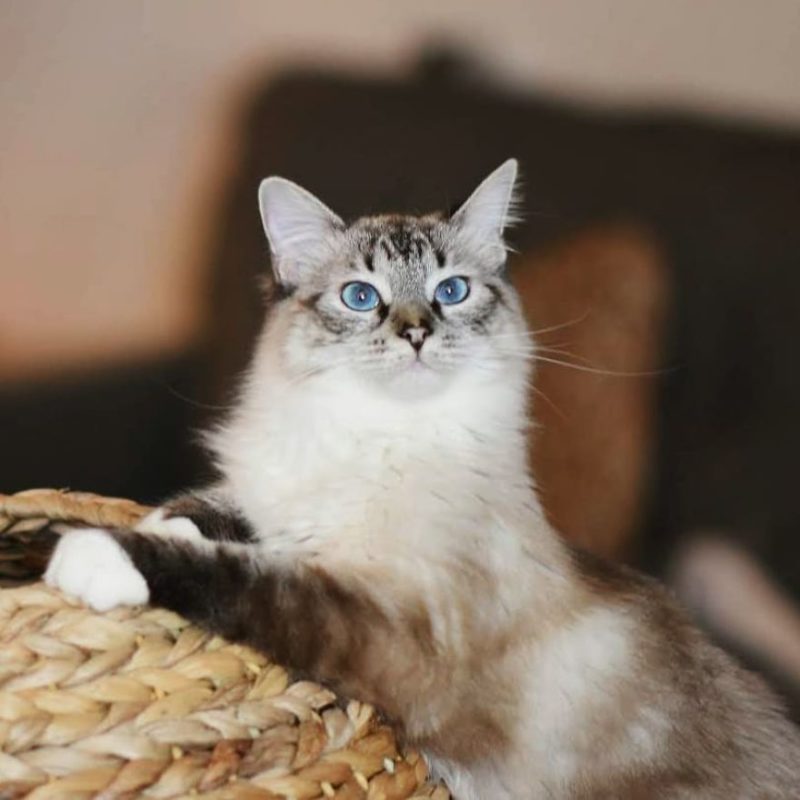 It took a long time for Dinah to get used to the new house. After everything she had experienced, the cat could not immediately trust people.

But gradually she began to open up. Dinah grew up and got stronger and turned into a brave and self-confident cat.

“She is a little fluffy clown. Makes us laugh all the time,” says Rebecca. – Dinah loves to play and follows us around. No matter what I do – make the bed or load the dishwasher, the cat is always there and tries to “help”. She watches TV with us and generally wants to be involved in everything we do.” 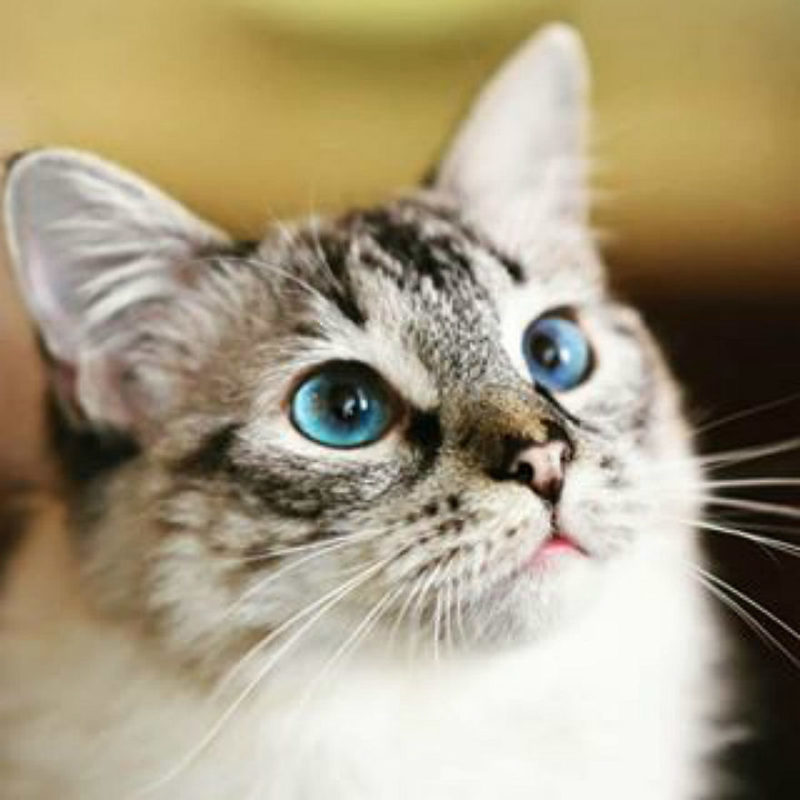 Dinah has changed a lot in appearance. From a tortured and starving orphan, she has grown into a beauty, from whom you simply cannot take your eyes off!

The huge walrus named Wally travels along the European coast, “hijacks” strangers’ boats to have a rest on them
Animals
0 603

8-year-old boy and his family ended up on the street, but he came up with a business idea and bought an apartment 8 months later
Interesting News
0 196

In New Zealand, a man went diving and found a giant 4-meter squid on the shore
Interesting News
0 75