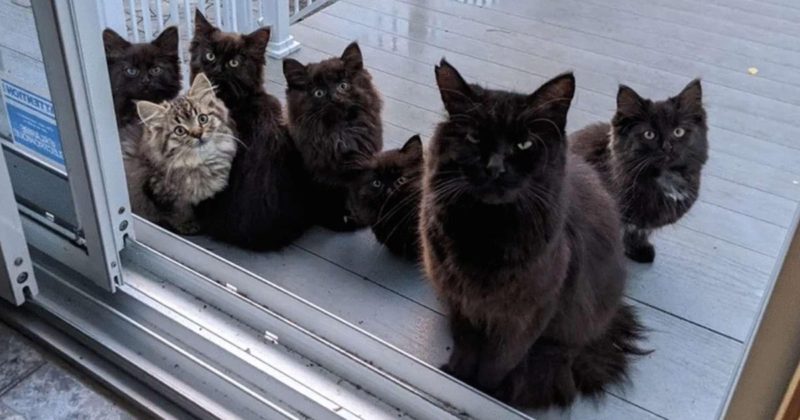 Lisianne, a kind woman from Québec, noticed something near the bushes, when she was enjoying her sunny day in the backyard.

She was curious and came closer to see what’s there. There was a black, beautiful cat looking at her with her green eyes.

The woman realized she was hungry and brought her some food and water.

Next day, when she again saw the cat wondering in her backyard, she understood that her cute visitor is a stray cat.

Since that day, Lisianne had always put food and water on the porch for the tiny cat, in this way gaining the confidence.

She called her Usagi and after a short time they became friends. 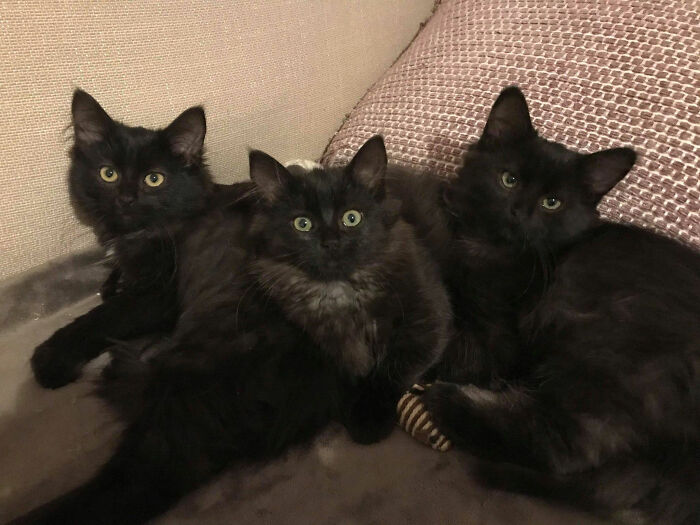 When Usagi’s belly got bigger day by day, the kind woman realized that she was pregnant. Her care was doubled since that.

The black kitty gave birth outside, but she came every day for food and water.

The mother cat, apparently, wanted to her babies meet the kind woman, who took care of herself all this time. 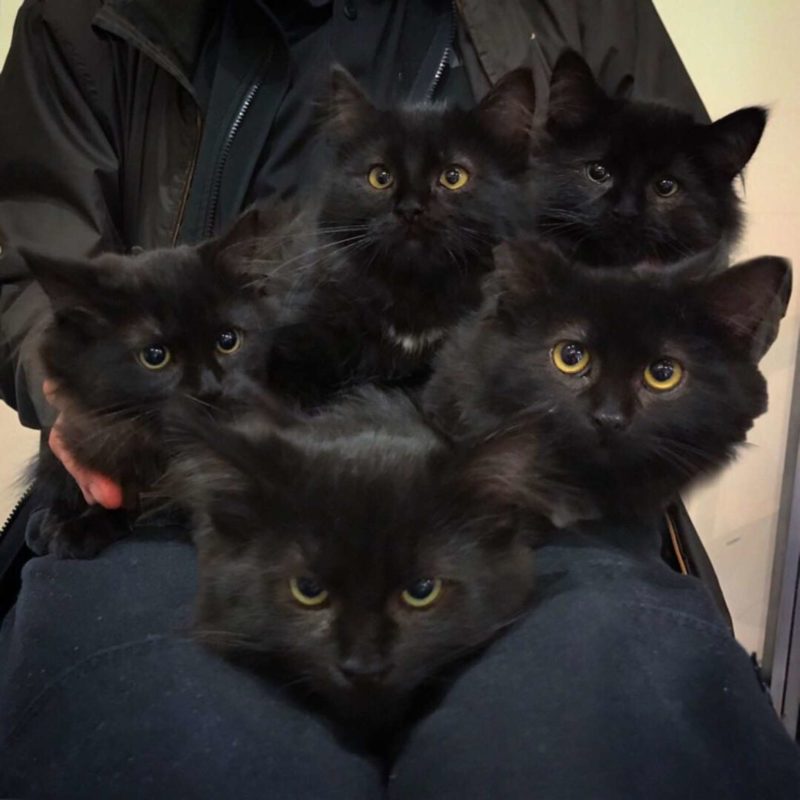 The wonderful kittens were about 5-6-week-old. Though they looked not bad, anyway they obviously needed help.

Lisianne knew what they expected her to do, it’s to give them a place to live. So, she did immediately.

The whole family now was safe. From that moment on, they obtained a forever caring and loving home. 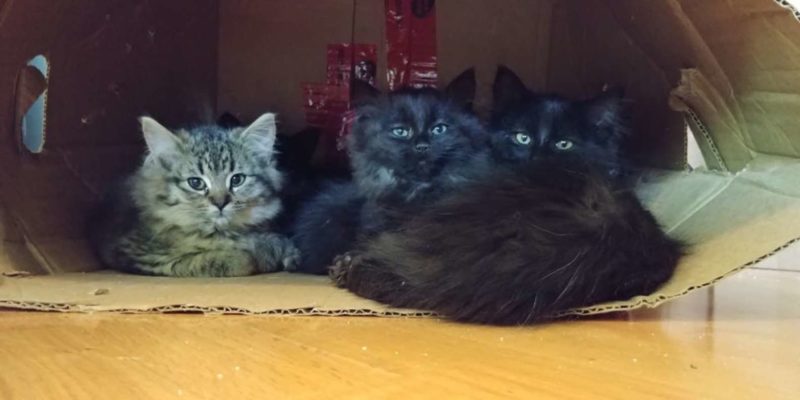 The babies were a little timid and shy. But in time they will be changed, of course, become more cheerful and free.

Soon, one of the babies was adopted, and the rest of them are waiting for their adoptive parents.