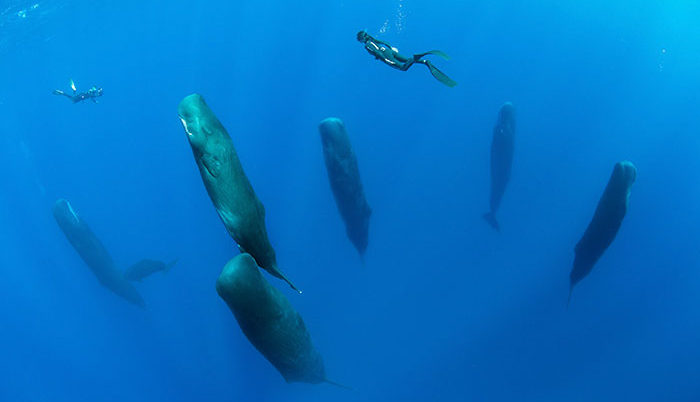 Do sperm whales sleep? And if so, how? 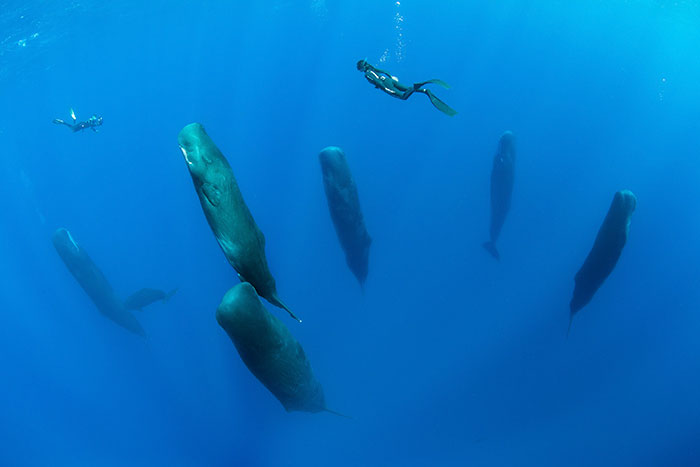 For all the simplicity of this question, scientists had to look for an answer for a long time.

And now photographer Franco Banfi has managed not only to see, but also to capture the sleeping sea giants in every detail. 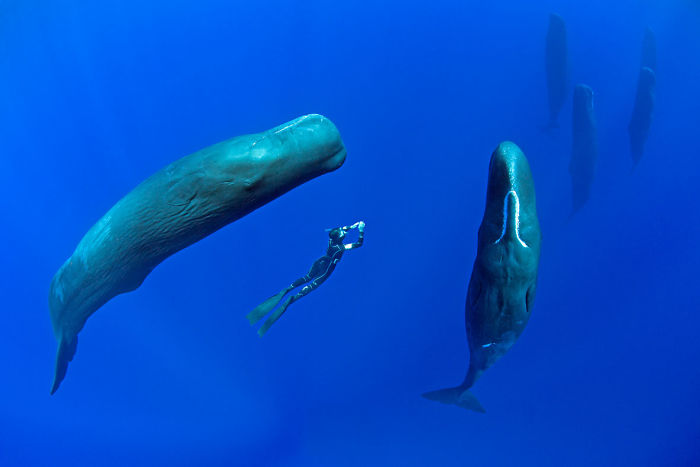 Scientists were able to record sleeping sperm whales on film for the first time only in 2008.

Then, in 2008, it succeeded quite by accident, when a group of scientists from Japan and Great Britain, during observations, stumbled upon a herd of sperm whales, which were completely motionless in the water in an upright position. 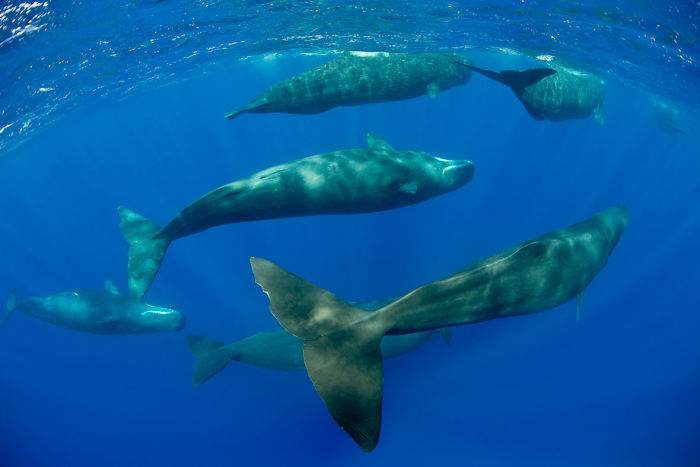 In the course of further research, scientists were able to establish that sperm whales spend about 7% of their lives in a dream.

These giants sleep in short intervals of 6 to 24 minutes.

Diver Sabrina Belloni became the scuba diver-model, which the photographer filmed next to sleeping sperm whales. 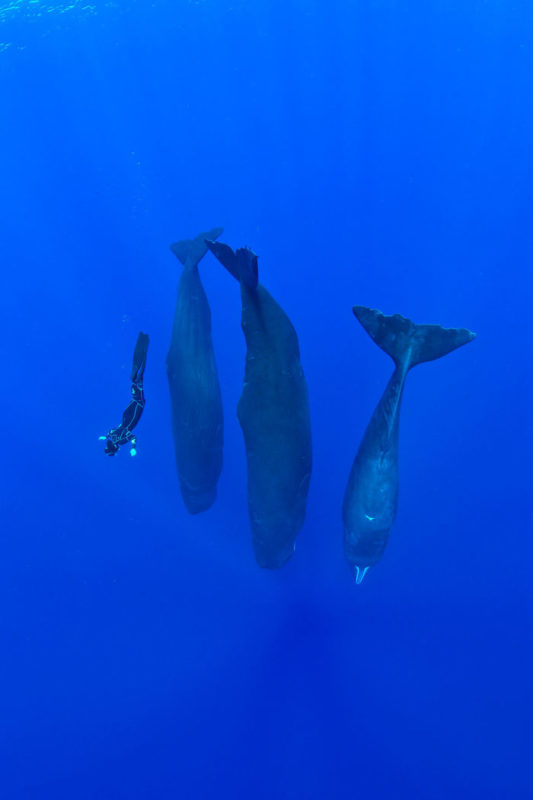 These unique sea creatures seem even more formidable next to humans.

Sperm whales, which may seem clumsy, in their native ocean elements seem to be the embodiment of grace and harmony.

One and only albino dolphin in the entire Eastern Pacific Ocean is back, and it’s hard to believe it’s real
Animals
1 3990