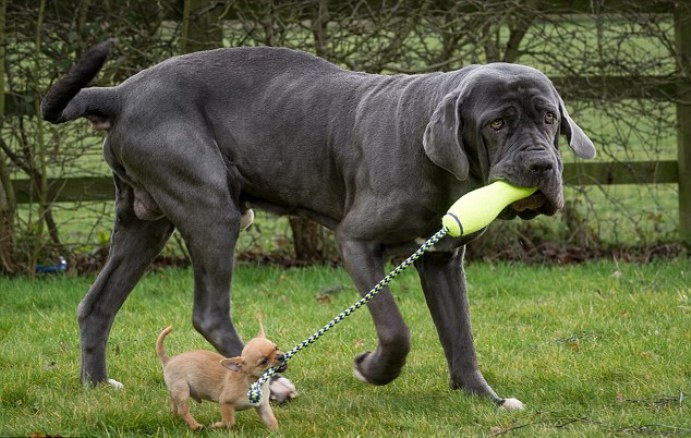 Looking at a strange couple of Mastiff and Chihuahua, you are completely convinced of the truth of this statement. On January 26, 2015, a Chihuahua was found on the street near garbage cans, someone threw this dog out as a bag of waste.

Then Digby was no more than a month old, and he was very tiny, weighing only half a kilogram.

He froze to death and nearly died before being spotted by passers-by and taken to the RSPCA center in Hertfordshire. 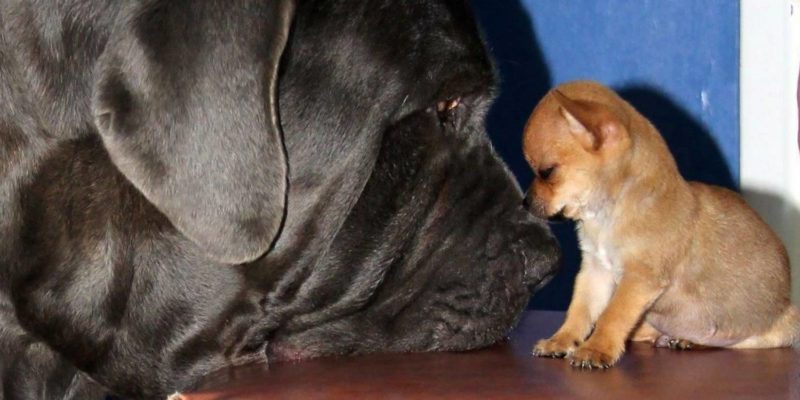 There, in the shelter of the center, Digby met the huge mastiff Nero, who weighs 57 kg and eats more per day than a chihuahua weighs.

Nero was at one time taken under the care of the head of the shelter and showed a reasonable interest in all newcomers.

But unexpectedly and rather quickly, these two became inseparable from each other, they even play together, despite the difference in weight and dimensions.

Despite their friendship, the dogs may have to part ways soon, as Digby has been put up for adoption, meaning he is looking for a new owner.

In any case, a good fate awaits him with a rather sad beginning in life.

After a visit to the beauty salon, this woman became unrecognizable: her husband couldn’t hold back tears
Interesting News
0 310