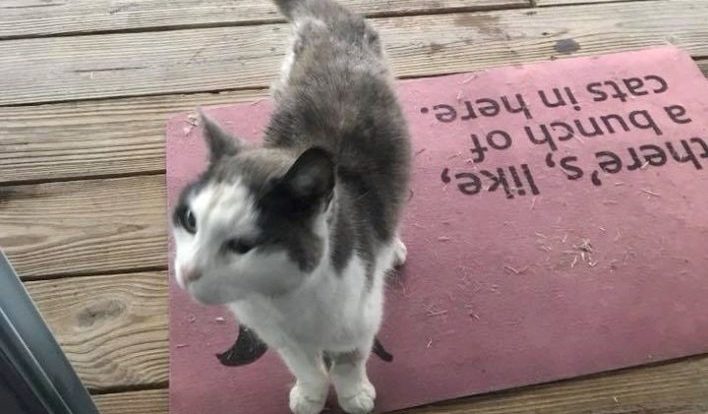 Laura Cassiday from Baltimore, Maryland, was walking her dog in the morning. And when she returned home, she saw an unfamiliar white and gray cat on the veranda.

The cat immediately rushed to Laura’s feet and began to meow. 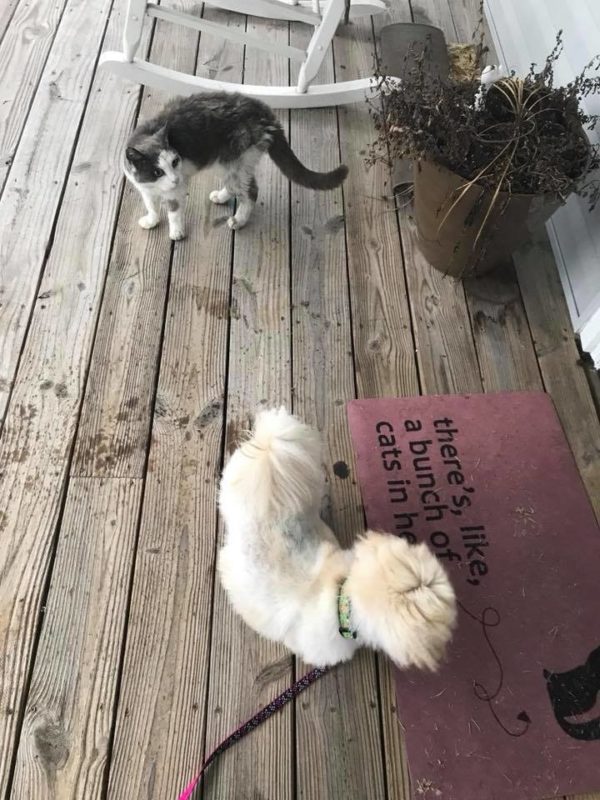 When Laura entered the house, the cat ran after her. And when the door closed, the cat began to scratch at it.

“It started to rain, and it was cold, I didn’t know whose cat it was. I had never seen her before. So I decided to take a look at her,” says Laura.

She was severely emaciated and covered in fleas. The cat’s gait was uneven and wobbly, and the breath was terrible. Laura had to go to work. But she felt that she could not leave the cat in the cold street in such a state.

So she brought her inside and set her up in a small room.

Laura named the cat Bones and immediately offered her a can of food.

The hungry cat ate everything and then lay down and purred contentedly.

Laura also realized that the cat was no longer young.

She already had experience in keeping older cats. She has a super-old 26-year-old cat Thomas, whom Laura previously adopted from a shelter.

“I wasn’t going to take care of another old cat. But I couldn’t kick her out into the street in such a state,” says Laura.

After work, Laura wrote about the cat on the city’s Facebook page, and several people responded to her message.

They said that this cat had been living on the street for several years and that she had previously been taken by a control service, and they had her spayed. 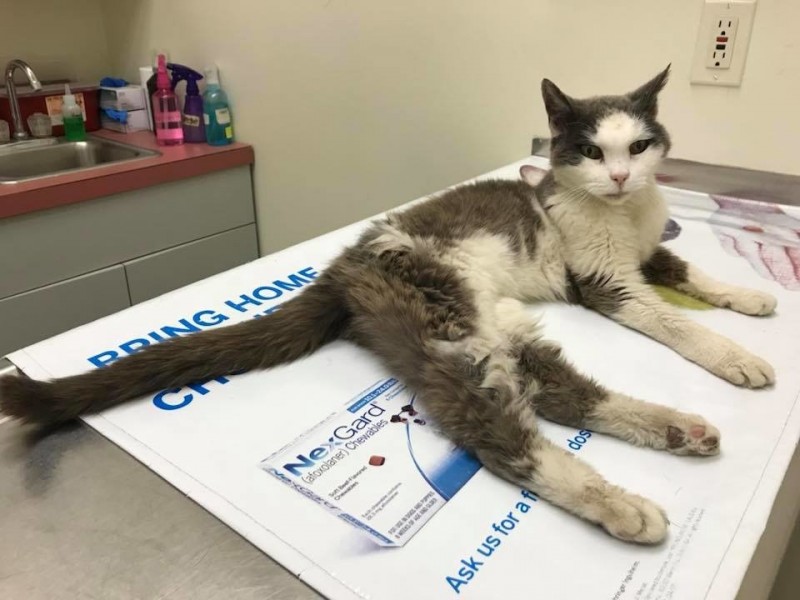 Then Laura began to look for those who would help her with the treatment of the cat.

She contacted the volunteer society “The Feline Rescue Association (FRA)” and they agreed that they would provide medical assistance to the cat. And Laura would keep her in her house until a permanent owner was found for the cat.

Bones weighed just over 2 kg and was over 10 years old. She didn’t have a microchip, so she probably lived on the street since birth. 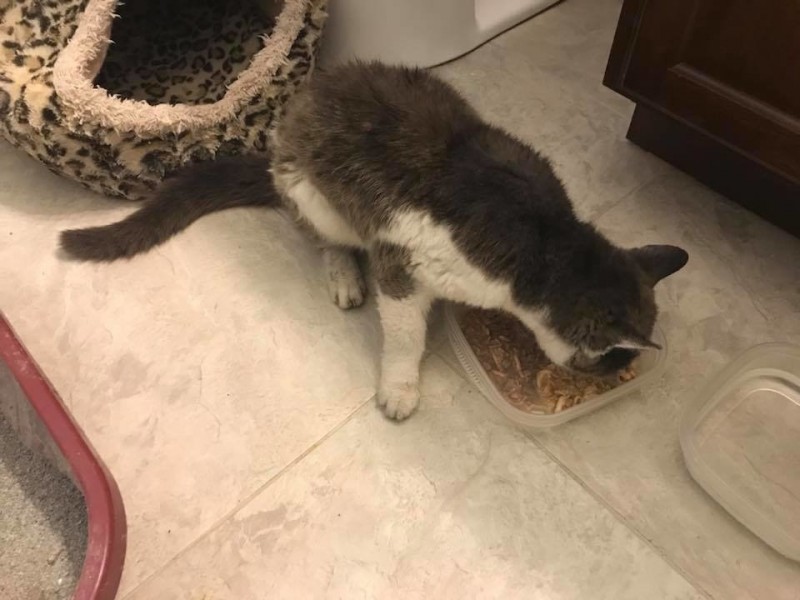 “She was diagnosed with a bladder infection and hyperthyroidism (a malfunction of the thyroid gland). She was then given plenty of fluids to prevent dehydration and antibiotics, as well as medication to treat her arthritis.”

According to Laura, the cat surprisingly calmly endured all the manipulations with her, and then completely dozed off right on the veterinarian’s table.

“I’m glad she finally got the help she literally begged for, meowing loudly when she came to my house.”

During a family vacation, a 4-year-old boy goes out to play and later brings home a baby deer he made friends with in the forest
Animals
0 355