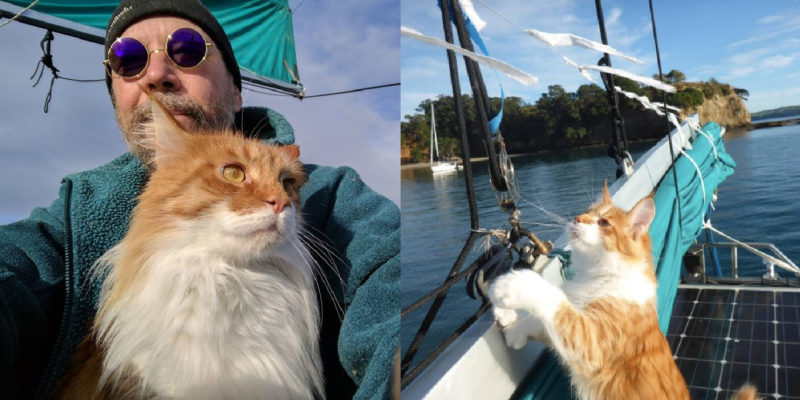 When the Maine Coon Skatty was only 4 months old, his owner Paul Thompson, an avid sailor, took him for the first time on a sea voyage around the coast of New Zealand. 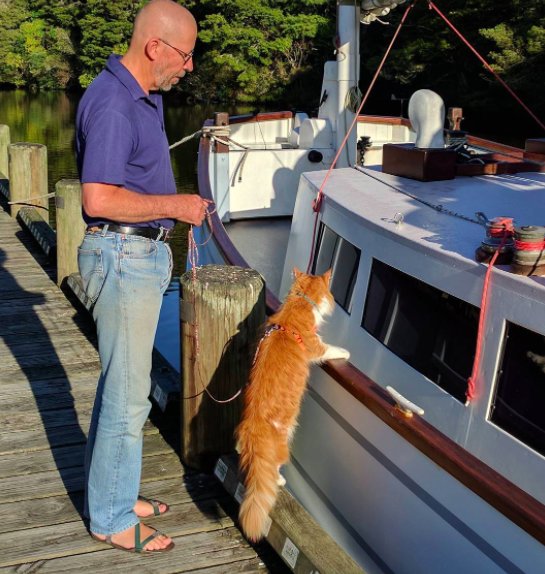 Scatty, whose full name is Strauss von Skattebol of RebelPawz, became a good companion to the sailor Paul on his travels.

But there is one more thing in which the Maine Coon helps his owner.

The fact is that Paul is completely deaf, and the cat helps him navigate and notice sounds in space. 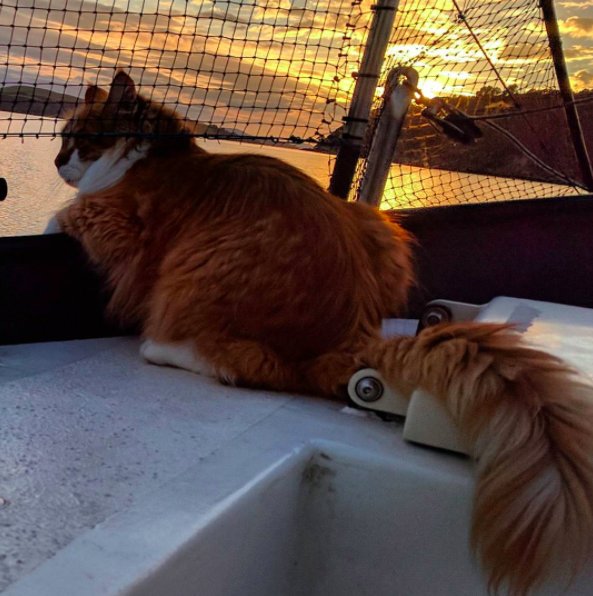 “Scatty is my ears,” Paul says, “Without any preparation, he quickly realized that I couldn’t hear anything and therefore gave me signals if another boat passed nearby or when someone knocked on the door when we were standing at the pier, or when text messages come to my phone.” 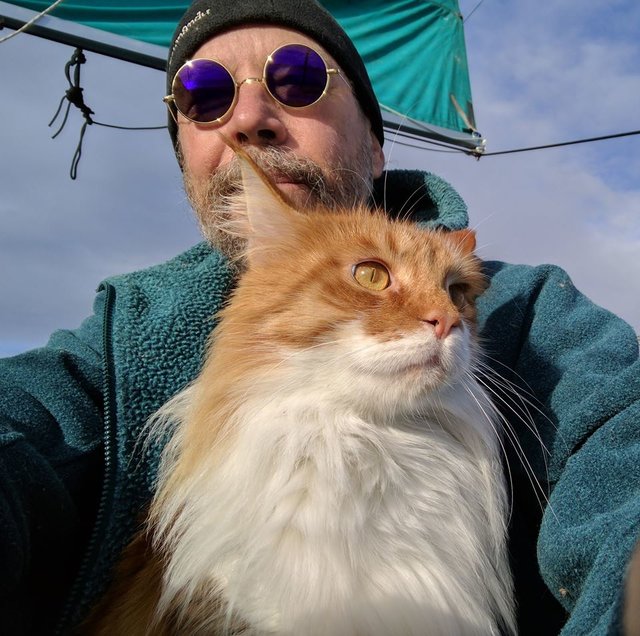 – I like his company and have learned to see the world through his eyes. When you have a cat on board, you adjust to his pace of life, which is slower. And this is very useful when everyone around you is constantly fussing and running somewhere.

– He simply took these voyages as a way of ordinary life, and would probably be very surprised if he knew that there are cats that do not swim in boats. 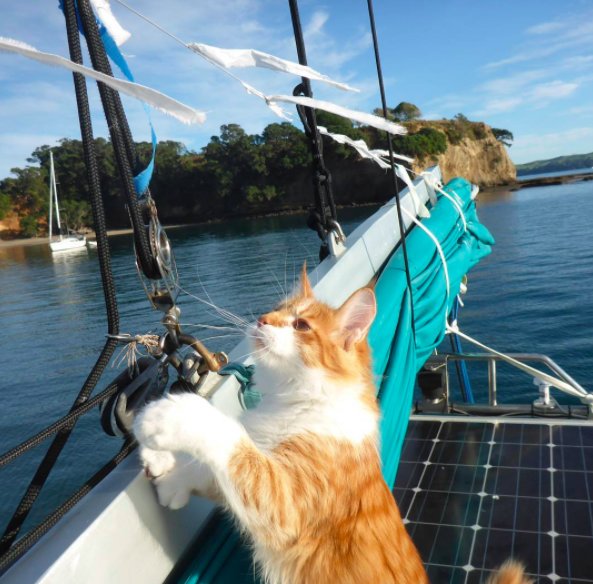 Paul Thompson hopes that after the publication of his story, many sailors will want to take cats with them when sailing, and this will be useful to both as cats are great companions, and they get bored of being at home or in a shelter while their owners are swimming.

At the same time, if you want to take a cat on a boat, the main thing is never to force him to do something that is uncomfortable for him. 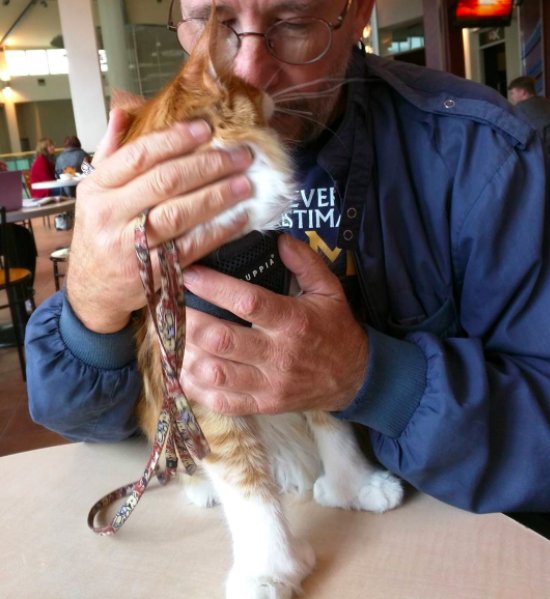 – Let everything be at a slower pace, as they like, but this is the only way.