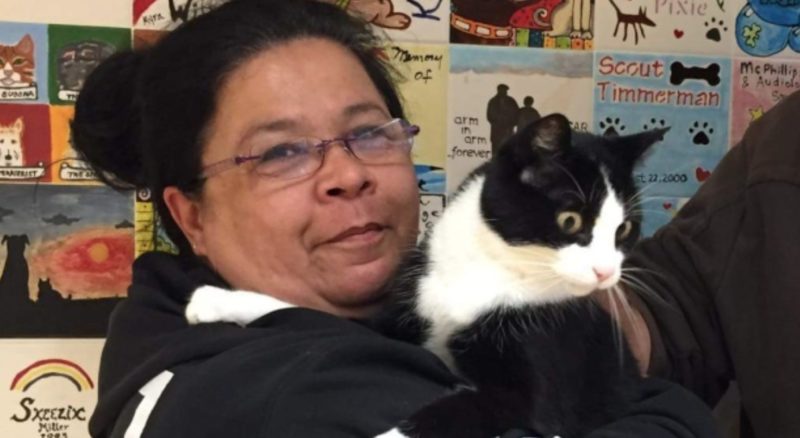 Freda Watson of Winnipeg grieved when her cat George, whom she called her “little boy”, went missing 12 years ago.

George showed up at her house when he was only four weeks old.

Freda bottle-fed him. And when he grew up, one day he slipped out the door and disappeared.

This week, Freda cried again after learning that her cat had been found.

He was spotted wandering down the street, caught, and brought to the local animal welfare society.

There, officers found a faded tattoo on him and tried to decipher it to find the owner.

But they managed to find her former daughter-in-law. With her help, they found the owner of the cat.

George turned out to be in pretty good shape, apparently, he had not been homeless all these years, he lived in a family where he was well looked after.

And Freda, thinking that these people are now experiencing his loss, as she had once, wrote about it on social media, inviting them to come to her house to see the cat.

“But George is really our family,” she seemed to justify herself in an interview. “He deserves to spend a few years with us. He is getting older – he will be 14 soon.”

Meet Willow, an adorable cat with Down Syndrome who was rescued from being euthanized
Animals
0 180

Japanese cat owner has to sell his car to pay for her medical bills, finds world’s best buyer
Interesting News
0 106