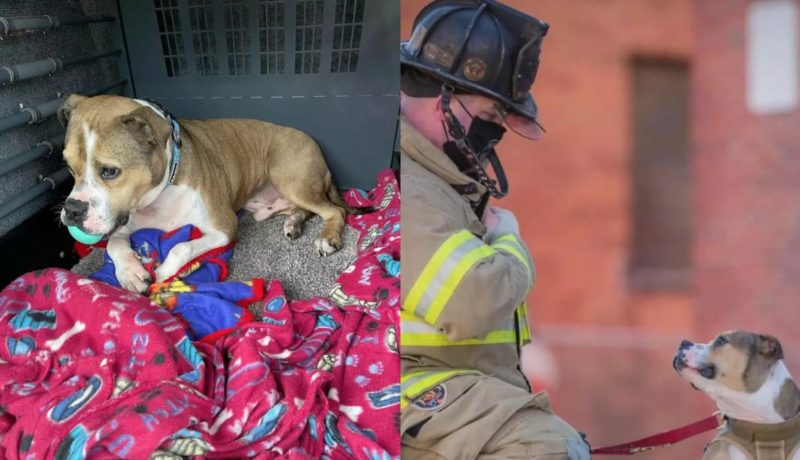 Dog fighting is one of the most brutal and bloody entertainments in the world. 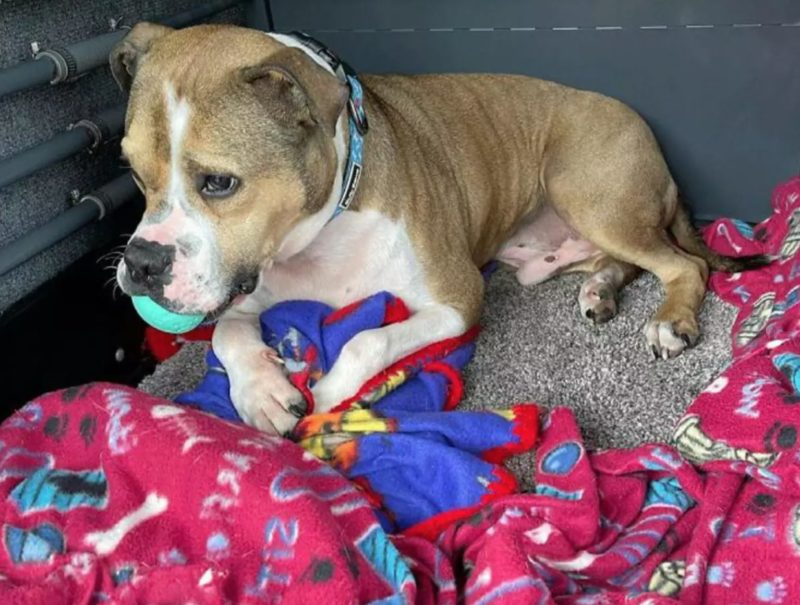 They are officially banned in many countries. But despite this, in some places, angry and frightened dogs still continue to cripple each other for fun.

Once a pit bull named Hansel also became a participant in dog fights in the small town of Tilbury (Canada) and, along with 30 other dogs, was rescued by local animal rights activists. 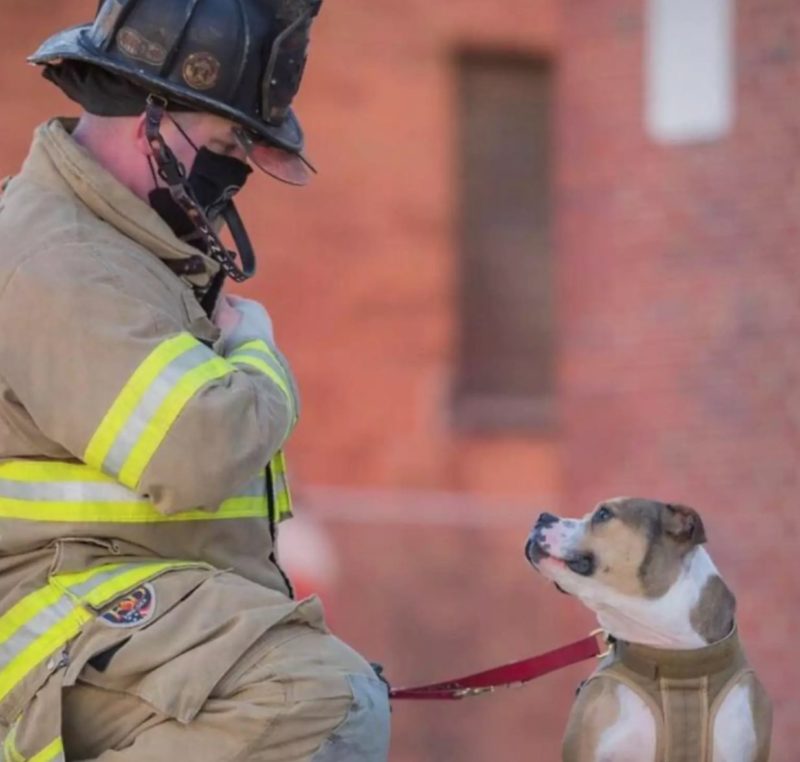 However, the rescue almost ended in tragedy, as Ontario authorities were about to send former combatants to be euthanized as potentially dangerous animals.

Fortunately, the activists managed to influence the decision of the authorities, and the dogs went to shelters in Philadelphia, where employees began to look for new homes for them.

After a couple of months at the shelter, Hansel was accepted into the Throw Away Dogs Project, which trains service dogs for work in the K-9 service.

After a year of training, the dog was transferred to the Millville Fire Department, which needed a tailed employee to detect arson. 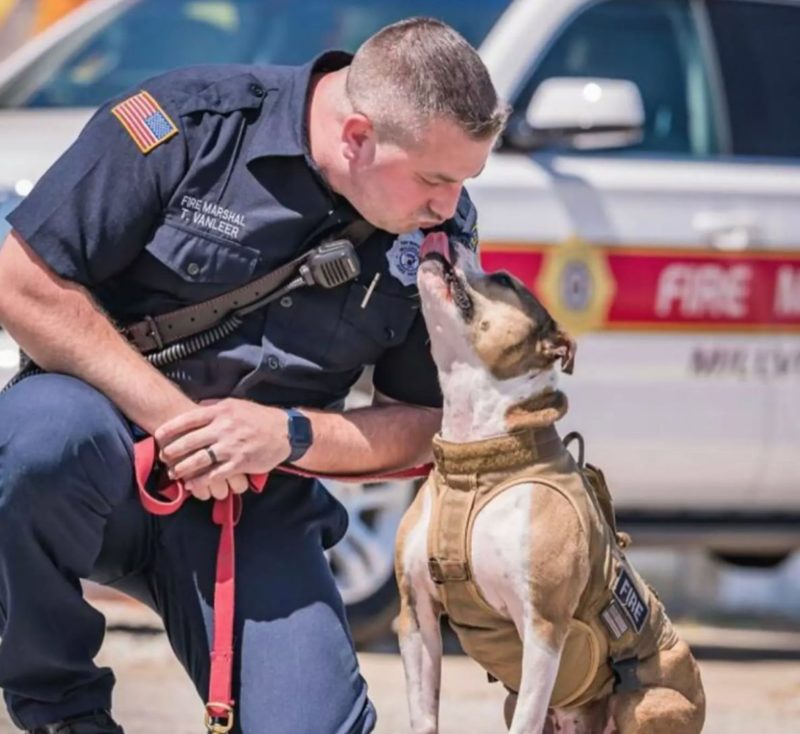 So Hansel became the first representative of his breed to work in the fire department.

Also at his new job, the dog found his best friend – firefighter Tyler Van Lear, with whom he spends all his free time.