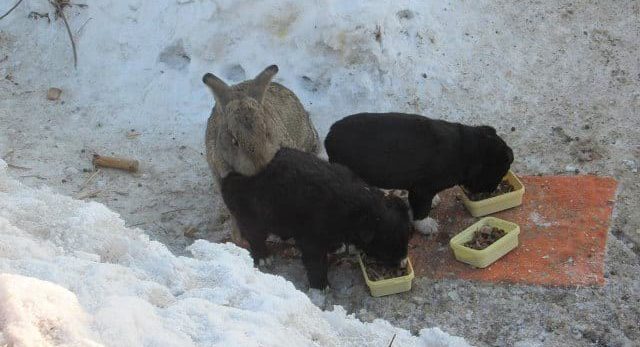 Margarita Startseva from Russia once saw a large hole near her house. 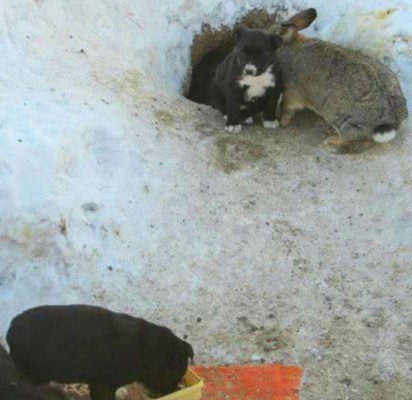 When she came closer, a rabbit jumped out of the hole.

Margarita heard that a rabbit disappeared from the farm, which was located two miles from the village.

Apparently, this rabbit dug a hole and settled near her house.

The woman began to feed the rabbit, who reacted to her with trust. 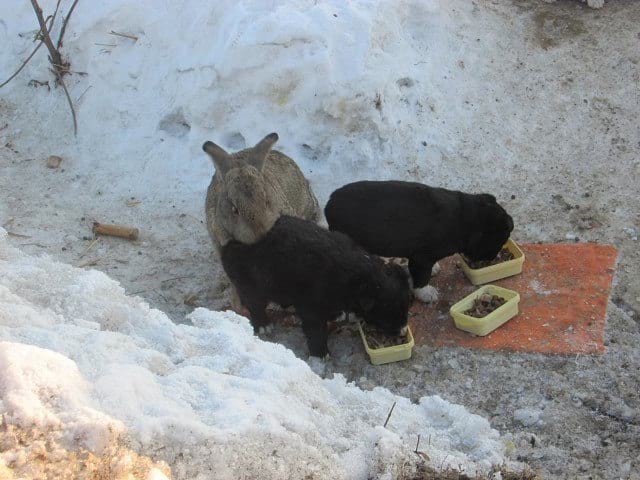 The rabbit lived carefree in a hole, and it was good enough for him.

Once, on one of the frosty days, Margarita saw a large dog near the hole.

She was scared for long-eared’s life. But she was surprised when she saw that the dog and the rabbit hid in a hole together. 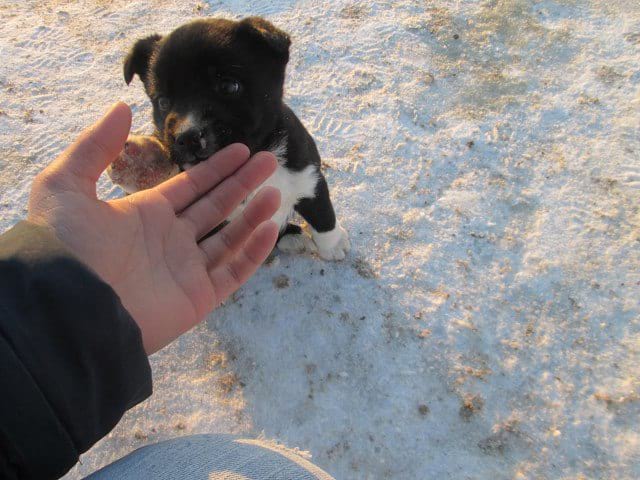 Soon, looking into the hole, the woman saw little puppies there.

The woman has more worries. The animal family has grown.

Now she fed not only the rabbit, but also the puppies. One day, the dog did not come, and then the woman found out that she had been shot. After the tragedy, the long-eared one took care of the puppies.

He watched the puppies, not letting them leave the hole, lick them, and warded off curious cats.

Warming the puppies and protecting them from misery, the rabbit did not let them die in severe frosts.

The dog suffered from an anxiety disorder but with the advent of the kittens in the house, the situation has changed dramatically
Animals
0 315