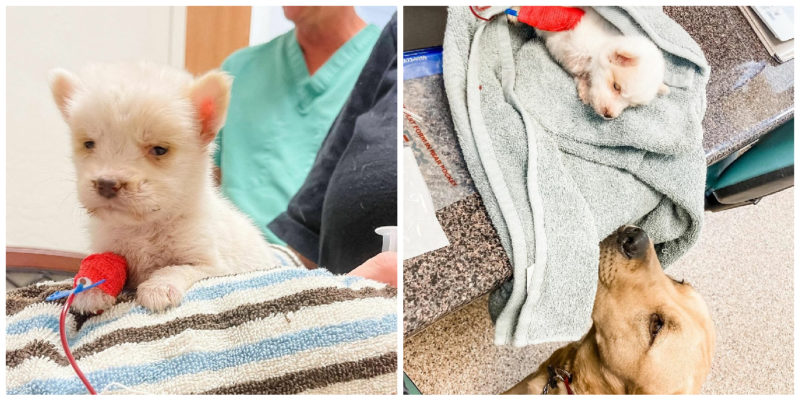 A limp white puppy was brought to the Arizona Humane Society in poor condition.

The dog, who was only a few weeks old, was weakening before our eyes, and she was being prepared for euthanasia. 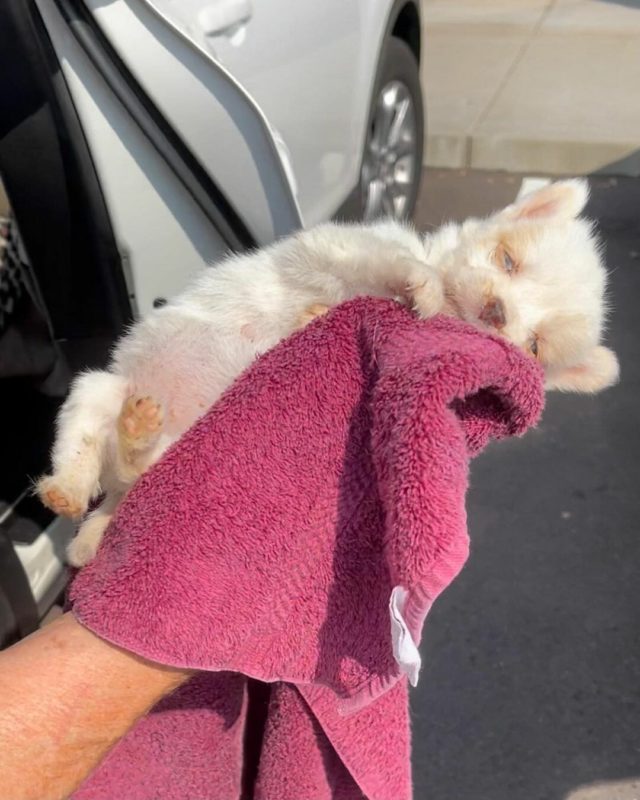 But the owner of the Sky Sanctuary Rescue, Ellie Smith, intervened.

She wanted to take the puppy to try and save her life.

At the shelter, Penelope – as Ellie called her new ward – was examined by a veterinarian.

It turned out that the dog’s blood was almost completely absent of platelets.

The readings were so bad that the hematology analyzer refused to give a result. 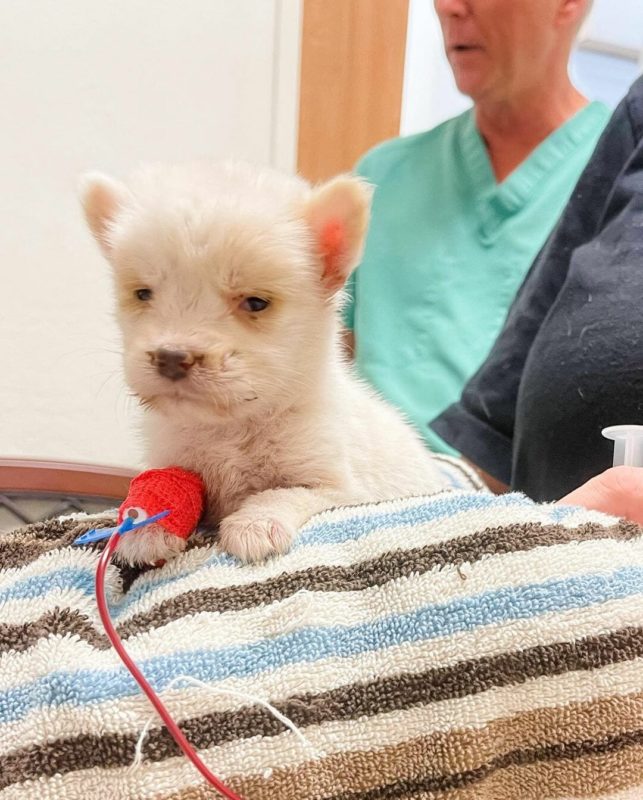 The puppy’s mucous membranes were “ghost white”, and the skin was covered in ticks.

The doctor was not sure of success, but decided to do everything possible to help the puppy.

Only a transfusion of healthy blood could save her, and it had to be found very quickly.

Fortunately, Dr. Jen Gilson had two animals in mind – her own dogs, Murphy and Riggs.

According to the blood type, only one came up – Murphy.

Just a few syringes were enough to bring Penelope back to life.

The mucous membranes and the puppy’s nose began to turn pink, and life appeared in the glazed eyes.

It was incredible – also because Murphy, as if understanding the full significance of her participation in the treatment, did not leave Penelope a single step and watched her closely. 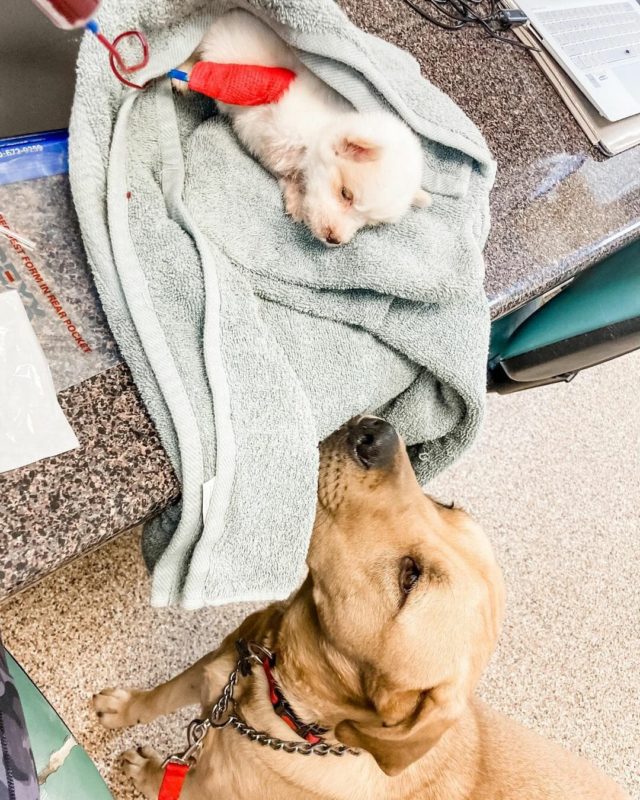 And the puppy at that time looked directly into the eyes of her savior, as if thanking her for the help.

Penelope survived. And that wasn’t the only good news.

The puppy was returned to her mother, who accepted her and allowed her to milk.

An amazing fate for a dog: to fall into the hands of the right person just one step before death!

Rescuing a freezing dog, volunteers found out that her little puppies were hiding in the pipe from the cold
Animals
0 214