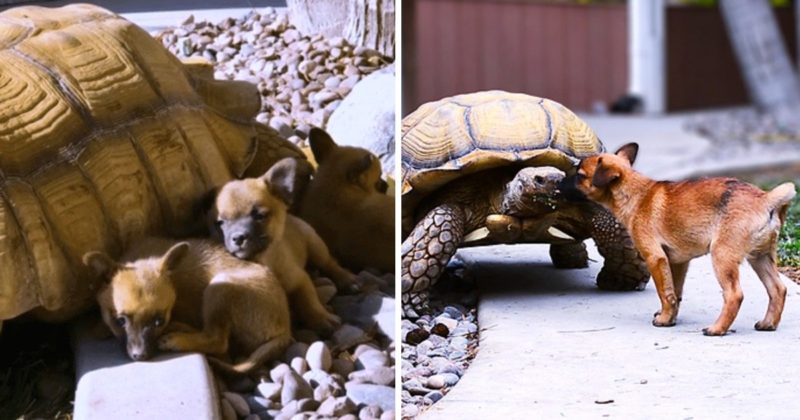 If you think you have heard enough stories about unusual bonds between two different animal species, this one will indeed amaze you.

Animals’ ability to care and have compassion to those in need of help is beyond of our imagination.

One day, a Corona resident  found four newborn adorable puppies on his property. He initially thought their mother might be somewhere nearby, and started to look for her, but he didn’t find their mom nowhere.

So the man putting the little creatures into a box took them to the local animal shelter, to the 2nd Chances Rescue.

Here, Andrea, one of the rescue volunteers seeing the wonderful puppies fell in love with them instantly and took them to her house, as they were too little to be adopted. 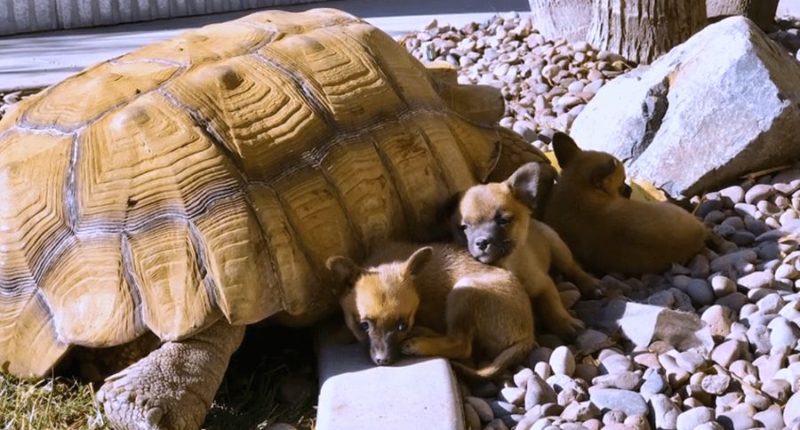 Though the kind woman took good care of the puppies, they soon found someone else taking care of them and giving his love to them. You might think it was a dog, but it was a huge tortoise, named Goliath.

Goliath was also a rescued animal, who shared a warm and long-lasting connection with his human. Andrea decided to introduce the orphaned pups to her giant friend, an 80 pounds huge Goliath. The four new  family members formed a special bond with the gentle giant, and their friendship started to flourish day after day. 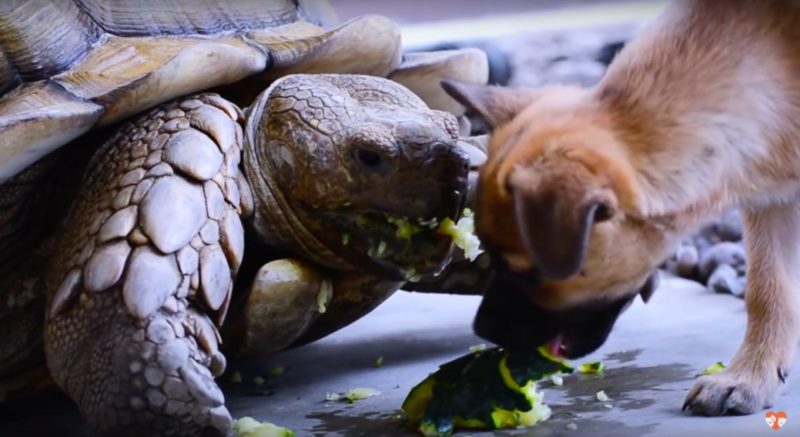 Though Andrea had some doubts if Goliath will accept the puppies or not, but she was mistaken. Anyway, one day the kind woman was in panic, when she couldn’t find the puppies nowhere. The concerned woman found them eventually inside Goliath’s shell.

Then was when she understood there is a special bond between little dogs and giant tortoise. It was so pleasant to see the orphaned puppies found care and comfort in their huge tortoise friend, who gave them his love they needed so much.

Andrea decided to keep the puppies, seeing how they were happy with their new friend. She was also happy to see them playing with Goliath and spending their entire time with the huge tortoise.
To learn more about this adorable friendship, watch here:

Family wanted to take cute christmas card photos, but their dog had other plans
Animals
0 59