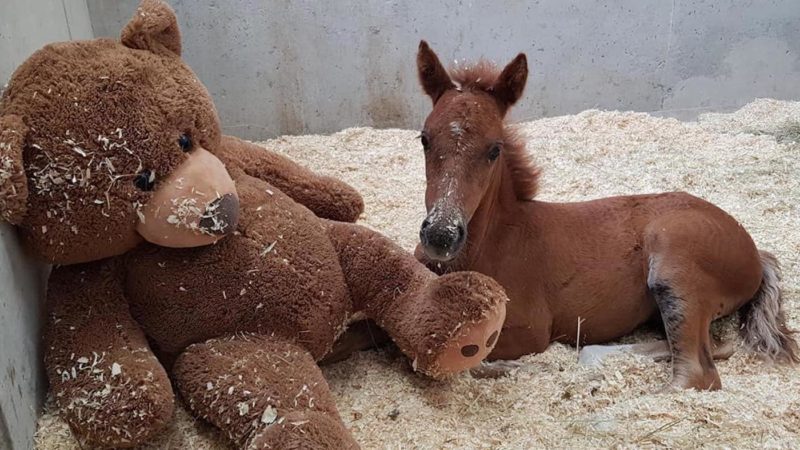 A saved foal, abandoned by his mother, attached a giant teddy bear and found comfort in it. This scene is so touching.

The little foal, named Breeze, was refused by his mom, immediately after his birth.

Luckily, the newborn pony was found by a farmer and informed about the little creature in need to the Mare and Foal Sanctuary. 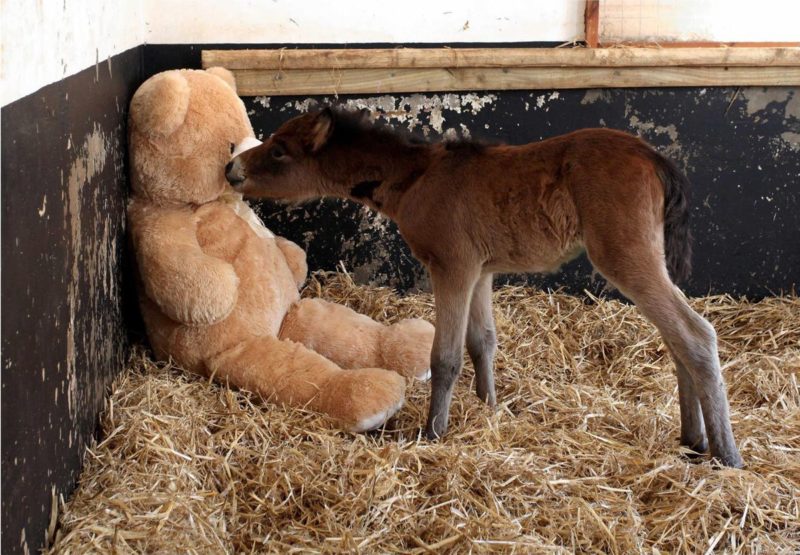 When the rescue group arrived, the newborn foal was in a stressful state. He was dehydrated, scared and confused.

Everyone was concerned about the condition of the orphaned pony, who was quickly taken to the Sanctuary.

But the little creature, soon, find something, which helped him to overcome his stress and pain. It was not an adoptive mother, or his own mom, neither the rescue staff, but a simple teddy bear. 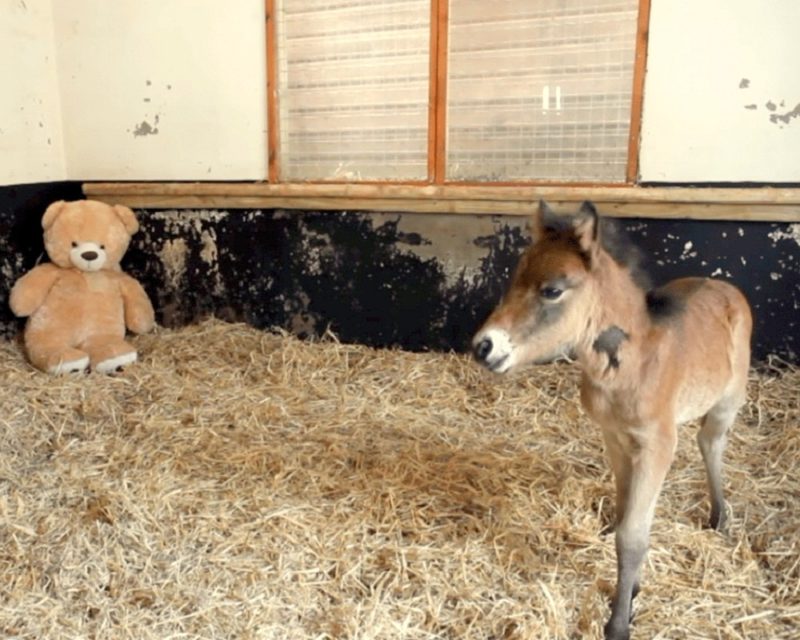 This  huge, stuffed bear, which the sanctuary carers put in his enclosure, was an object of comfort pony badly needed.

The staff was very joyful to see poor baby pony found a company for himself. He interacted with the soft toy, as if it was a living creature, and slept on it.

The teddy became his companion during the whole day, and it provided also comfort, when the team members were absent.

The sanctuary staff often gave cuddly toys to the orphaned foals, they knew how these toys give them a comfort, as these little creatures are like human babies.

After a few crucial weeks, when Breeze was fed by a special milk and received a medication, his state get improved.

Day by day, he grows stronger and bigger. He is now self-confident and doesn’t afraid of anything. He goes out to run and play in the field.

Tulip has faced countless challenges in her short life, but the 10-month-old kitten still greets each day with a smile
Animals
0 219