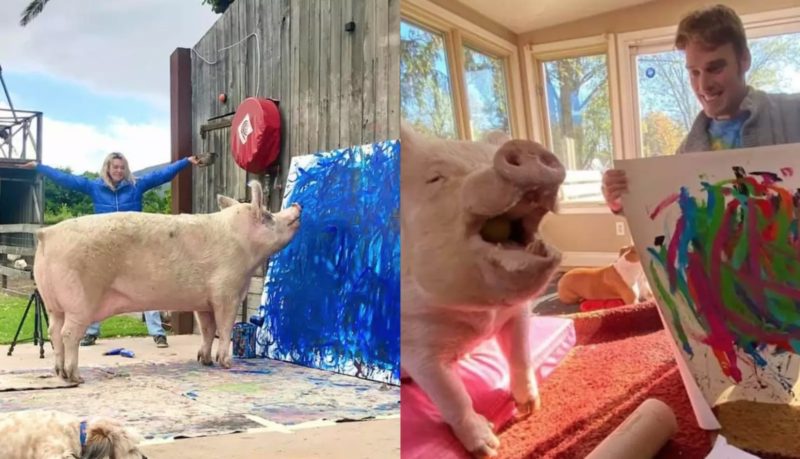 In 2016, a pig was born at a slaughterhouse in South Africa, which was waiting for a very unusual fate.

Instead of turning into bacon or meatballs, the pig has become a famous artist whose paintings are worth millions. 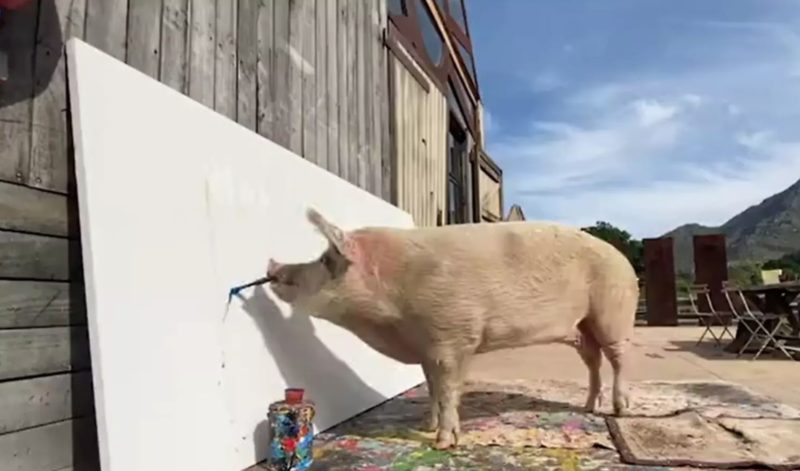 Just a few weeks after birth, thanks to a woman named Joan Lefson, the little pig left the ranch for good and moved with her new owner to Farm Sanctuary SA for rescued farm animals.

At first, the unusual environment frightened the pig. But over time, she began to get used to it.

And one day, among the many toys, she found an old brush. She took the strange object in her teeth, and at that moment Joan entered the corral. 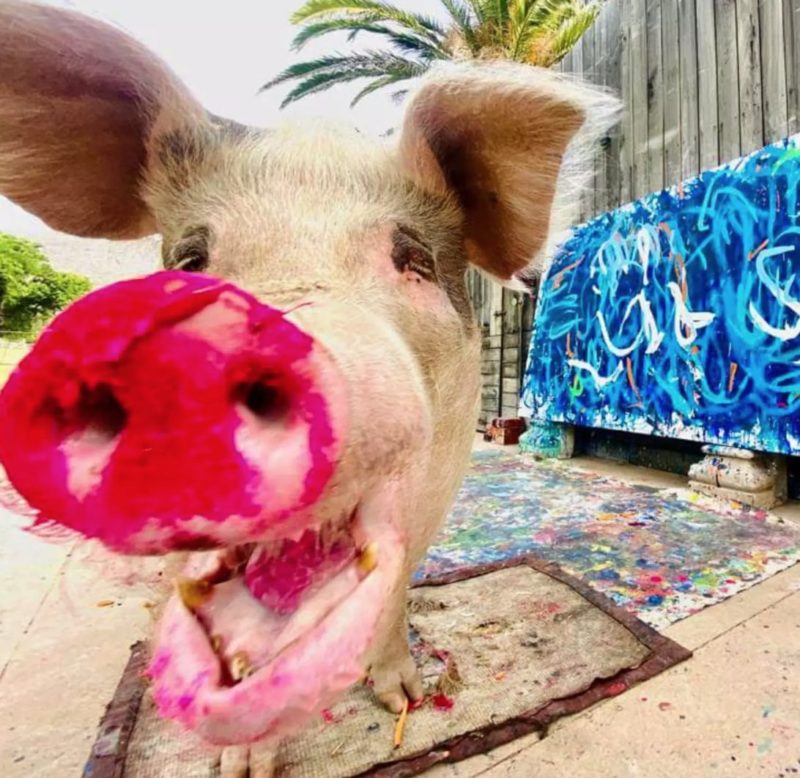 The woman was struck and laughed at by the sight of a pig with a brush in her teeth. And she decided to give her the name Pigcasso.

Joan thought that the pig did not just pick up a brush, and wanted to teach her how to draw.

Pigcasso liked the new occupation. And to date, this artist has already painted more than 400 paintings, many of which have been sold for fabulous money.

For example, quite recently, a Pigcasso painting called “Wild and Free” was sold for 20 thousand pounds.

The work of the pig was bought by a German named Peter Esser just a few hours after it went on sale.

The painting of the grunting artist is a large canvas with blue, green and white acrylic stripes: Pigcasso took several weeks to create this masterpiece.

“Pigcasso’s new piece has generated significant interest on social media. This work is not only a visually striking and beautiful painting.It also symbolizes an important moment in the development of Pigcasso and other farm animals. 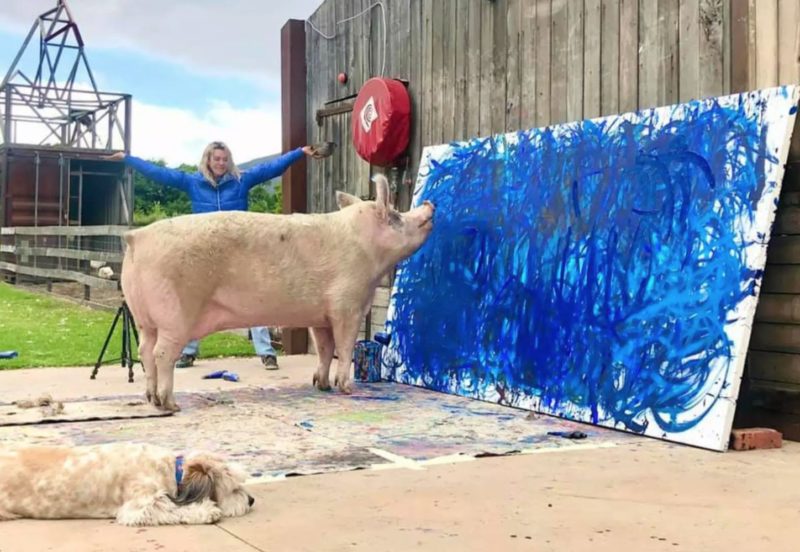 Thanks to this picture, people will begin to attach more importance to the intelligence, individuality and creativity of animals.” Joan Lefson said.

The proceeds from the sale of the painting “Wild and Free” will go to the maintenance of the farm where the artist pig lives.