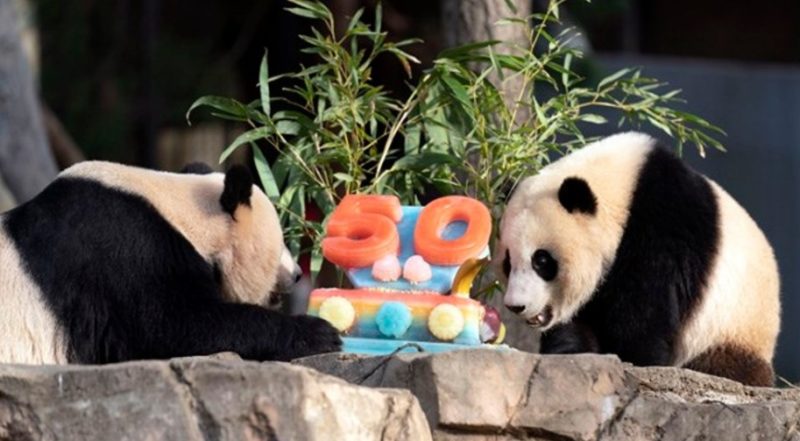 The cake only lasted 15 minutes thanks to panda Mei Xiang and her baby Xiao Qi Ji. 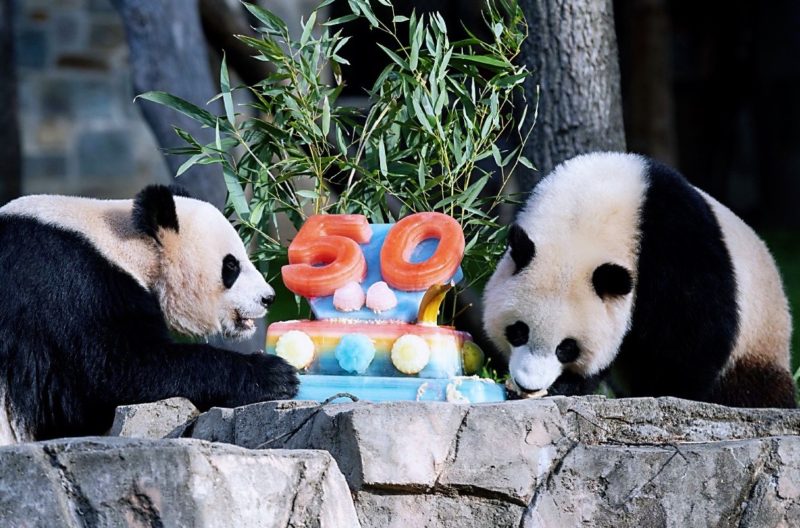 While mother and son enjoyed the cake, the father of the family spent most of the celebration in a nearby enclosure, chewing bamboo.

He did it so loudly that the sounds of eating bamboo could be heard during the Chinese ambassador’s speech in Washington.

These bears are considered symbols of friendship between the two countries. 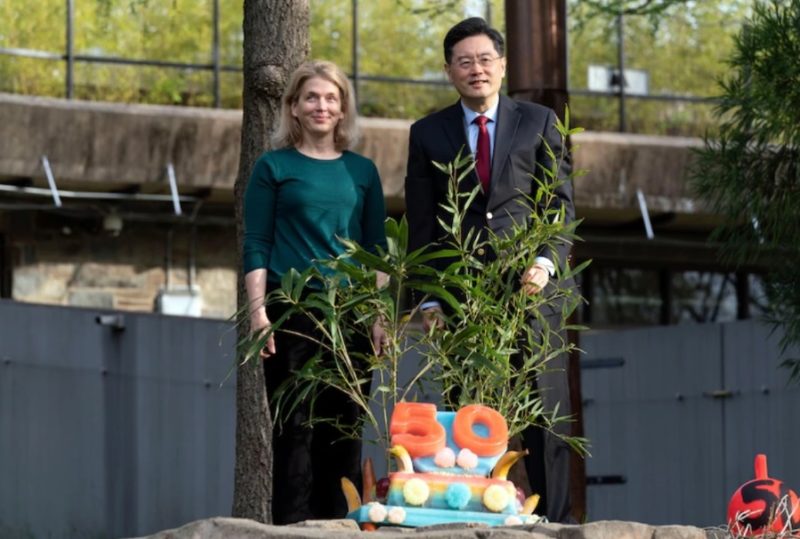 Pandas are actually very territorial animals. The chances are high that the children will never meet their father in the wild.

A father named Tian Tian was served the same cake for lunch.

The celebration commemorated Richard Nixon’s historic first visit to China and the 1972 agreement.

This day also celebrated the successes in the development of the giant panda breeding program and the increase in their population.

The Chinese Prime Minister gave the American people two pandas as a gesture of goodwill.

The Director of the National Zoo noted that celebrating the opportunity to introduce pandas to the world, thanks to which many will be inspired by them and attach importance to the conservation of their population, is something worthy of celebration.

Interesting News 0 134
What is the cruelty of schoolmates, Breanna Bond knows firsthand. The girl, even in

During the concert, Pink saw a poster in the crowd of fans and stopped the performance: everyone was crying
Interesting News 0 606

The whole school was bullying a 9 year old girl because of her weight: just look at her now
Interesting News 0 134