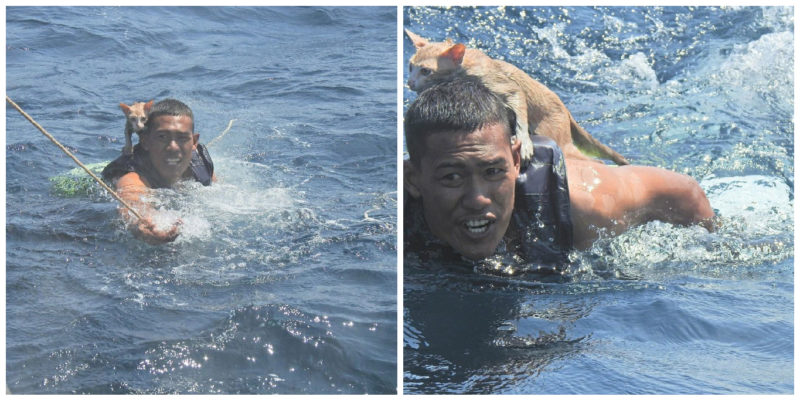 It all happened in early March 2021. A distress signal has been received. 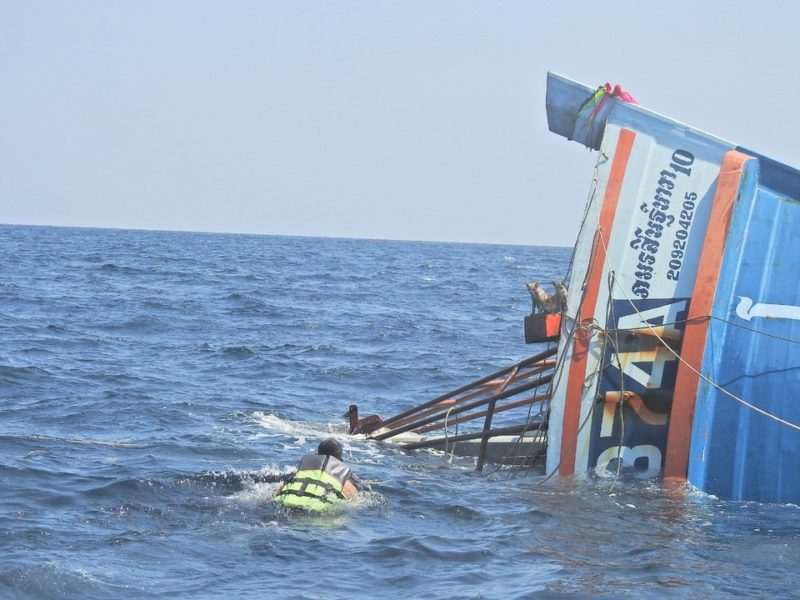 The crew was evacuated in a matter of minutes, before the main body of the vessel was submerged.

After the crew was taken to safety, sailors from the Royal Thai Navy decided to re-check the capsized vessel for a possible oil spill.

By that time, the colossus was almost completely submerged under the water. 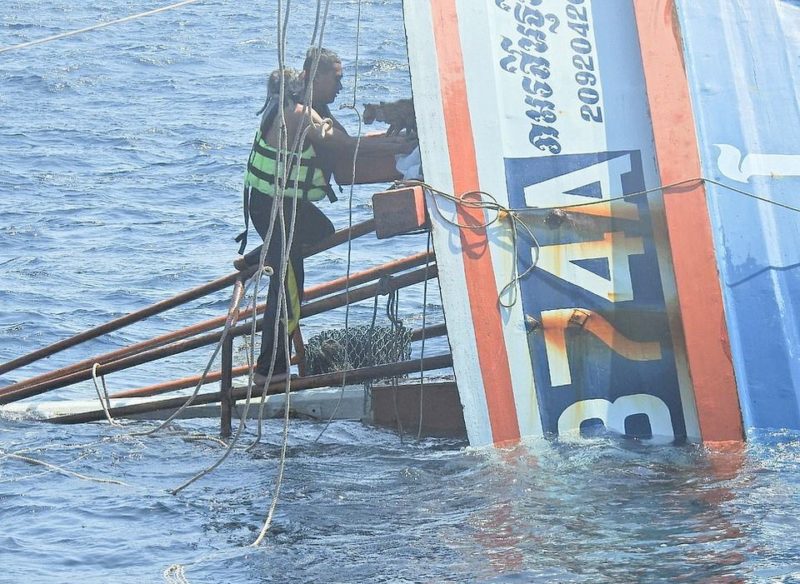 And what was the surprise of the military when, examining the scene from a safe distance, they noticed four cats.

23-year-old Tattaphon Sai, without a second hesitation, went to the sinking ship by swimming to save the unfortunate animals.

The young man on his shoulders ferried all the animals aboard a naval vessel.

The hero, despite the obvious danger, admitted that he did not even have the idea of ​​leaving the poor pets in trouble in his head.

They couldn’t get to land on their own. 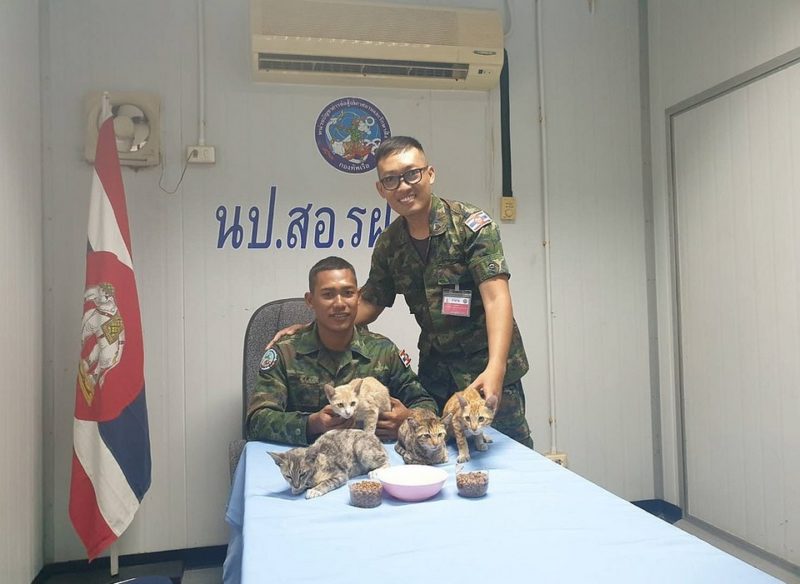 The animals were taken to the shore.

The military still continues to take care of the rescued cats. Now their life and health are not in danger.

Someone threw the puppies into a well, and a venomous but extremely friendly cobra helped them
Animals
0 3130