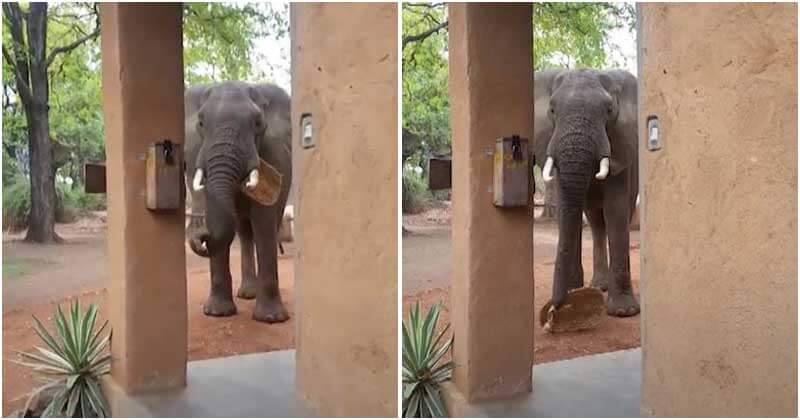 When you imagine the cutest and clumsiest animal, an elephant immediately comes to mind.

Despite the fact that these creatures look cute and well-mannered, they often cause problems too. 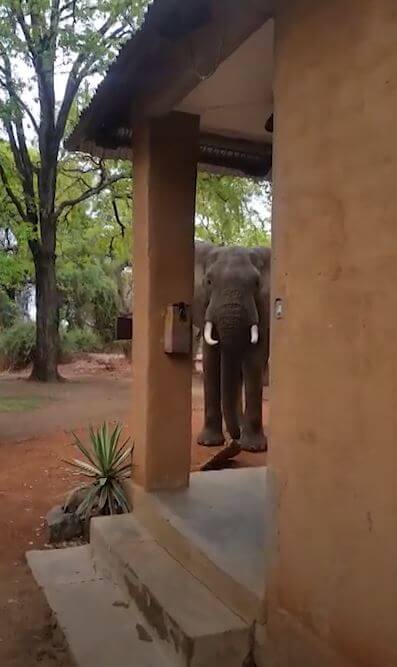 But when you catch them red-handed, they pretend that they have nothing to do with it and look at you with innocent eyes.

But still, how can you be offended by such sweet creatures?

The hero of this story is this elephant. 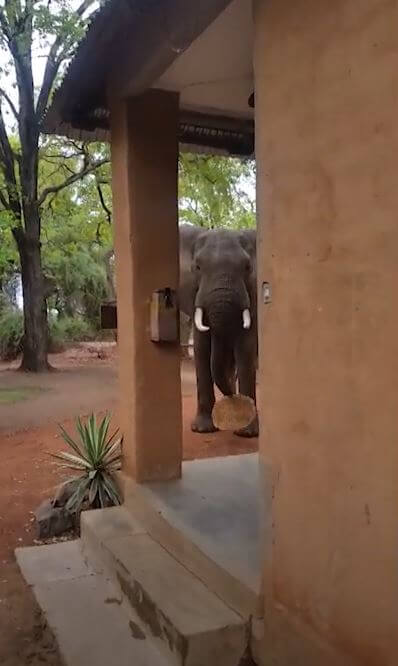 His reaction to what happened will definitely make you fall in love with him.

Walking past a camp, the elephant noticed a welcome straw mat, which interested him very much.

He decided to lift this mat with his long and curious trunk and taste it, putting it in his mouth.

He had no idea that he could be caught and was sure that he had coped with his task perfectly well.

However, his plan failed.

Some people were nearby and saw the crime in all its glory. 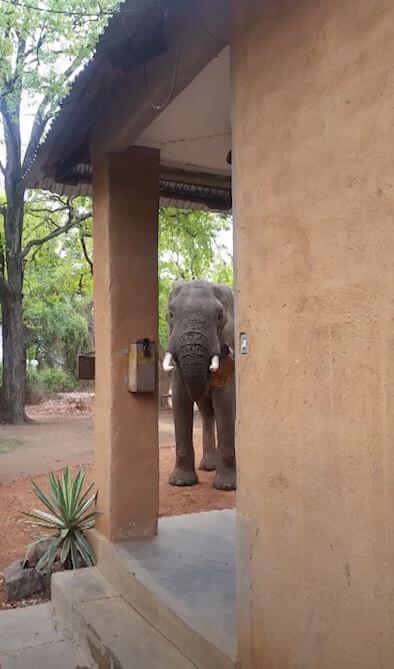 What do you think the elephant did at that moment?

He immediately threw the mat out of his mouth. The criminal tried to get rid of the evidence.

And this funny moment was captured on camera by the manager of South Luangwa Wildlife Camp in Zambia.

It all happened at the safari camp reception. It turns out that the elephant thought that the mat was a delicacy of human cuisine, but he miscalculated. He went to the reception and began to ask for food. 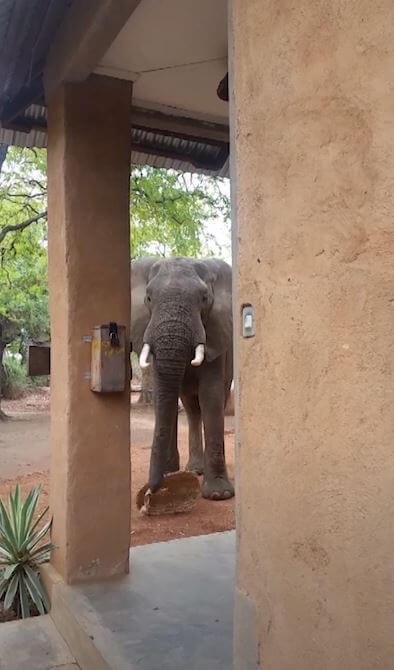 The manager shares that such stories are very common in their camp. And if you visit their camp, you will definitely believe it when you see the constantly laughing and happy faces of the workers.