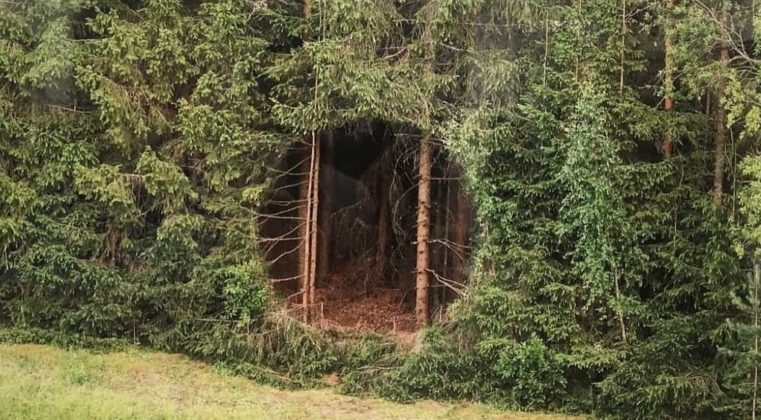 A man from the village of Otepää, which is located in Estonia, was walking through the local summer and came across an interesting thing. He saw that there was a round hole of a fairly large diameter in the crowns of the trees. 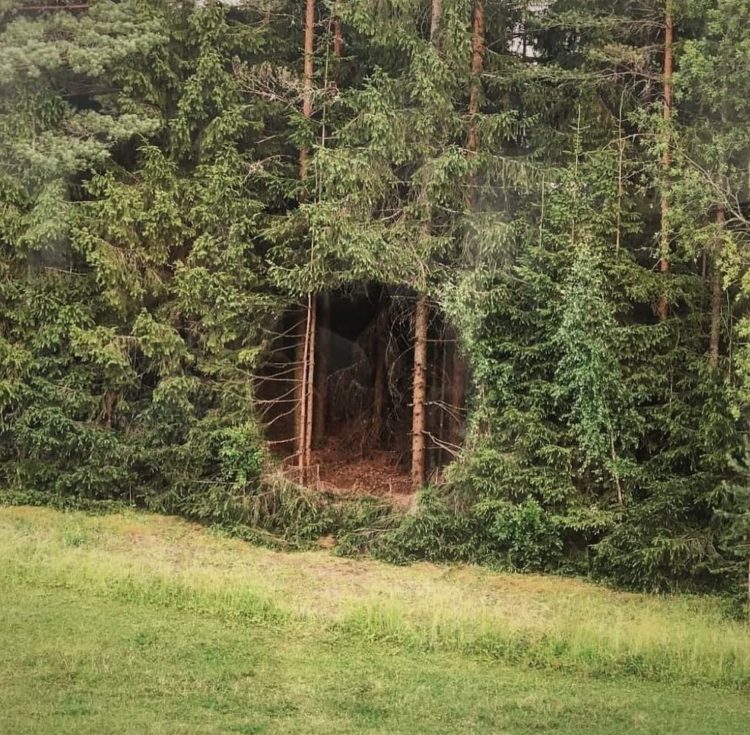 Visually, it looked like a door to another world. So questions immediately arose about the causes of such a hole.

The man took several photos and posted them online.

Of course, the pictures became very popular, and many viewers hastened to put forward their versions. In the comments, they wrote that this is the entrance to the hole to the hobbits. The local residents did not want to react to the discovery and took the position of keeping silent.

The author who created this installation was very surprised that photography became very popular. The art object was created almost five years ago. 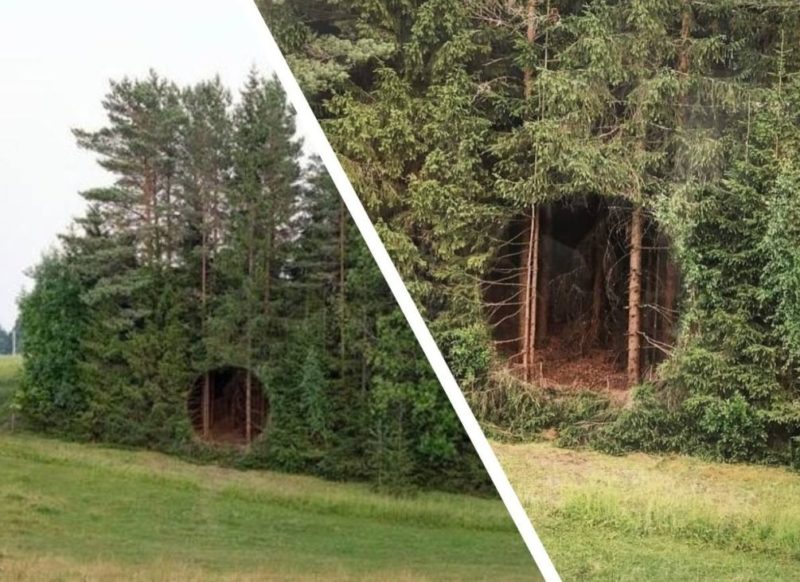 The man also noted that the picture was clearly digitally processed. The real work looks a little different.

“I was doing an art installation, and I didn’t mean that it would be considered a door. Rather, it is a window. I found a suitable forest area and made a hole that is less than five meters in diameter. The purpose of the work is to deliver light to the thicket, because it is dark there,” said the specialist.

After being abandoned by his family, a terrified rabbit clings to his favorite teddy bear for comfort
Animals
0 232