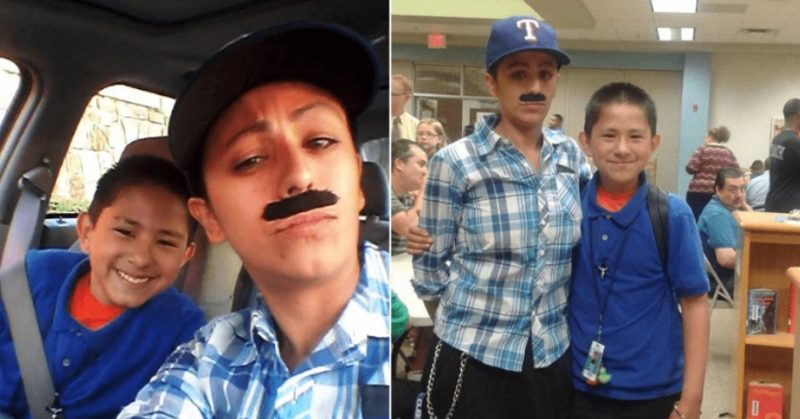 In Texas, single mother Yvette Vasquez dressed up in men’s clothes and glued on a mustache to go with her son to a morning meeting for students and their fathers.

One morning, Yvette brought her 12-year-old son Elijah to school as usual. But that day there were more cars in the parking lot than usual. When she asked her son what it was, he replied, “Today is Donuts with Dads.” 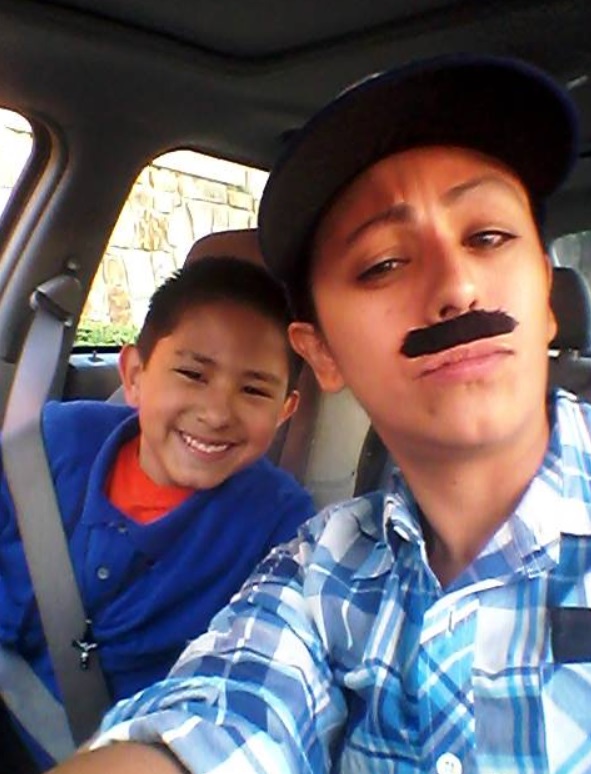 Donuts with Dads is a morning meeting for students and their fathers. Schools also host Muffins with Moms and get-togethers for students with their grandparents.

Yvette decided that her son should not miss the event because she was raising him alone, and offered to dress up as a dad. “I know it’s not easy for my son to see other children with their fathers, but this is life, and if I can do something to make him smile, I will do it,” Yvette wrote on Facebook. 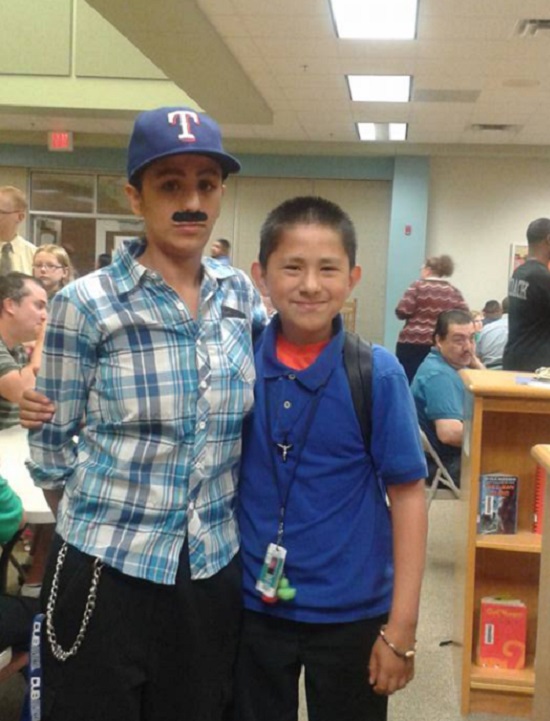 “I thought that Elijah would be shy or embarrassed, but he supported my idea,” Yvette said. – He said: “That would be great, we have 10 more minutes before the start. Are you going home to change?”

At home, Elijah glued on a false mustache to his mom, gave her a baseball cap and a trouser chain.

The participants of the school meeting positively perceived Yvette’s masquerade. Students and their parents came up to talk to Elijah and his mother and even took pictures with them.

“Firstly, we approached the administrator and asked where the donuts were. Our appearance caused a great reaction: the children were ready to roll on the floor from laughter. And many dads came up and told me that I was a great mom and had a great idea.”

None of the teachers or the administration judged Yvette’s act.

Under Yvette’s Facebook post, which got 20 thousand likes and more than six thousand shares, comments began to appear from single parents from different countries. 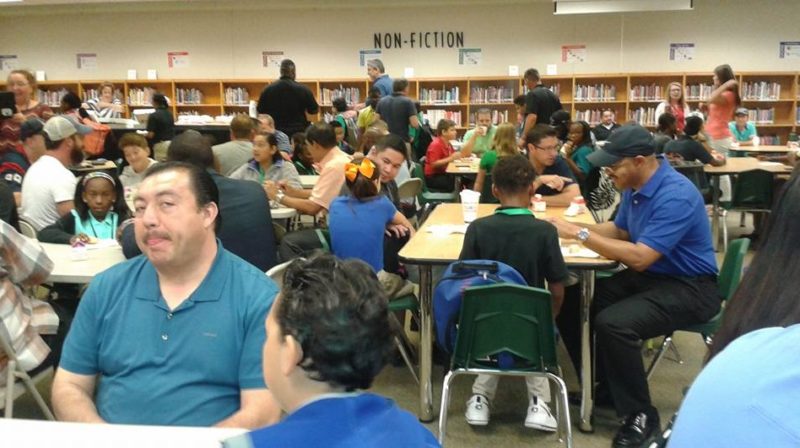 According to Yvette, she hopes that her act was able to draw attention to what children who do not have one of the parents experience every day.

Encounters like “Donuts with Dads” would hurt them less if kids could bring the relatives they have without sticking fake mustaches on them.

Employee of the Year: the dog got a job in the pub and became a favorite of all visitors
Animals
0 150