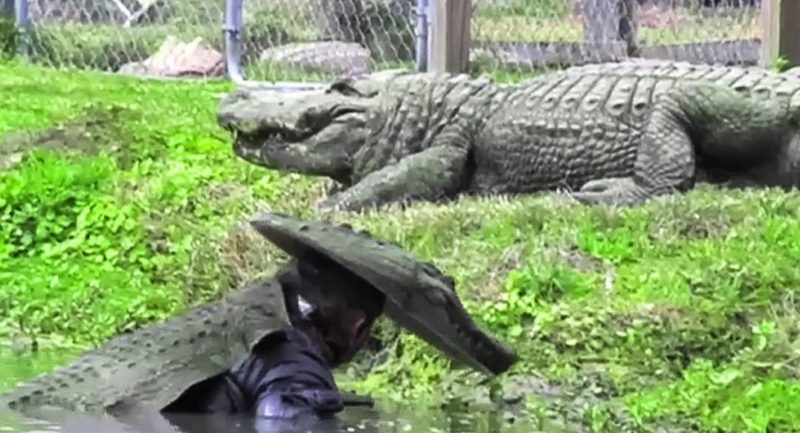 Zoologist Gary Saurage needed to get close to large alligators for scientific purposes.

The man wondered for several days how to do it safely, and in the end decided to change into an alligator himself. 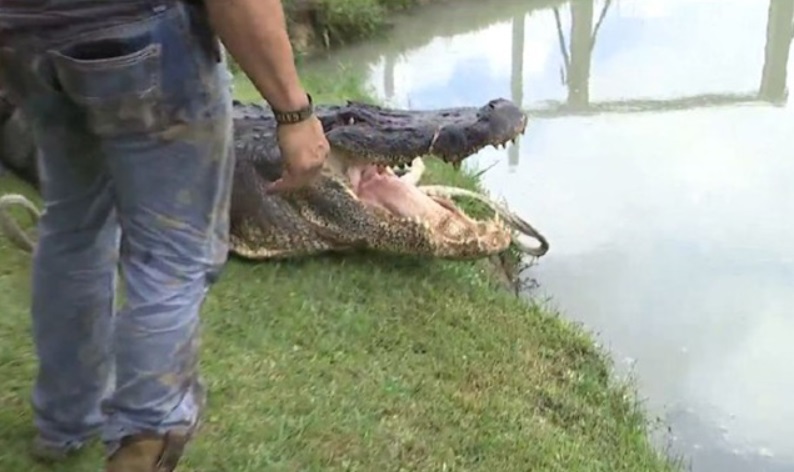 Despite the absurdity of the plan, he assembled an alligator suit for himself and climbed into the swamp to the alligators, asking his partner to film their reaction on video.

Gary, 51, has been involved with alligators for a very long time. He is the owner of the Gator Country Wildlife Park in Texas, and the man is often called upon to catch alligators that sneak into farmers’ backyards from time to time.

Dressing up as an alligator, Gary decided to install sensors on several inhabitants of his park.

Naturally, reptiles several meters long were unlikely to let a person approach them.

So, Saurage assembled an alligator suit and crept up to the resting alligators across the water.

Surprisingly, the first reptiles he met did not seem to pay attention to the new member of the pack. The man successfully got ashore and attached the sensor to the tail of the individual of interest to him. 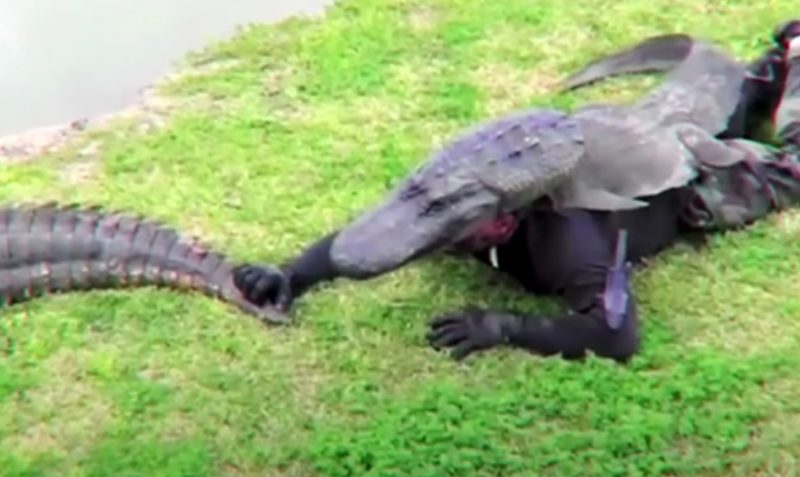 But then Gary felt safe and got to his feet right in the middle of the pack.

Years of experience helped Gary stay so calm. However, even he admitted that he would not repeat the experiment.

See how the alligators reacted:

This woman’s body is 95% covered with tattoos: see what she looks like without them
Interesting News
0 2120