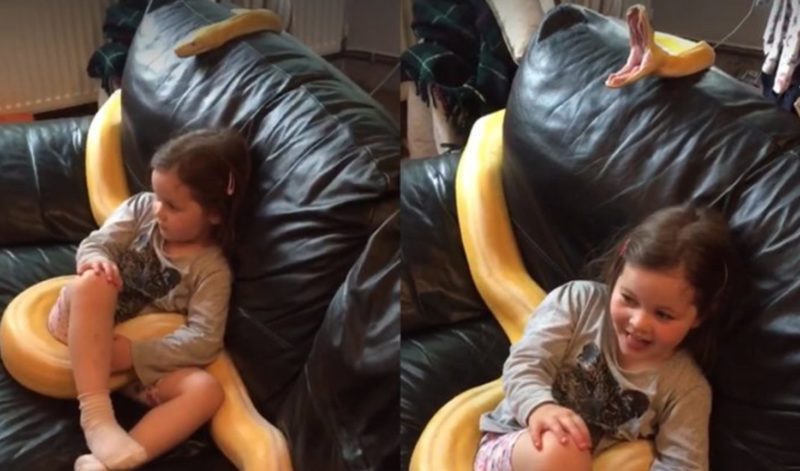 A Facebook user named Ed Taoka shared a video on his page showing his daughter and a 12-foot reticulated python named Cher watching TV peacefully together.

It seems that the snake hugs the girl and yawns tiredly while watching. 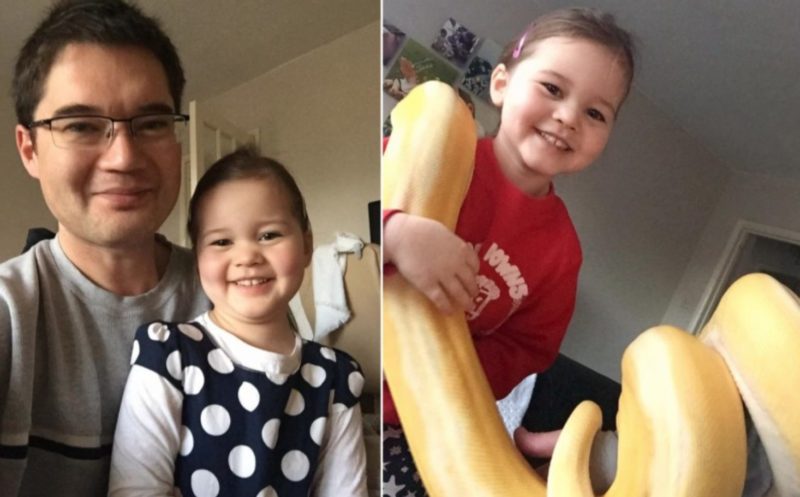 From the outside, it looks very nice, although, of course, some comments called Ed “absolutely crazy.”

In just one day, the video gained about 252 thousand views on Facebook, as well as more than 4 thousand likes, almost 1500 shares, and 1194 comments.

The owner of the giant snake has his own YouTube channel, where he shares the cutest videos from his own life with giant reptiles.

According to the channel’s description, “snakes are not the bloodthirsty monsters that the media often misrepresents them, provoking panic and paranoia.”

– My videos show that if well cared for, reptiles will show you their extremely calm and peaceful nature. We have two very gentle and loving reticulated pythons – Sonny and Cher – says Ed.

Reticulated pythons (Malayopython reticulatus) are not considered to be dangerous to adults. As a rule, they do not attack large animals that they cannot subsequently swallow.

However, there are known cases of attacks by wild reticulated pythons living in the jungle on children and adolescents, often with a fatal outcome. Pythons simultaneously capture prey with their teeth and squeeze with the rings of their body.

In the wild, these reptiles feed on monkeys, small ungulates, civets, rodents, and birds, and also attack small livestock.

Despite this, pythons are often kept as pets: the main condition for their peace of mind is constant satiety.

Woman shared food with a homeless man on the street, and the next day she found out it was Richard Gere
Interesting News
0 180