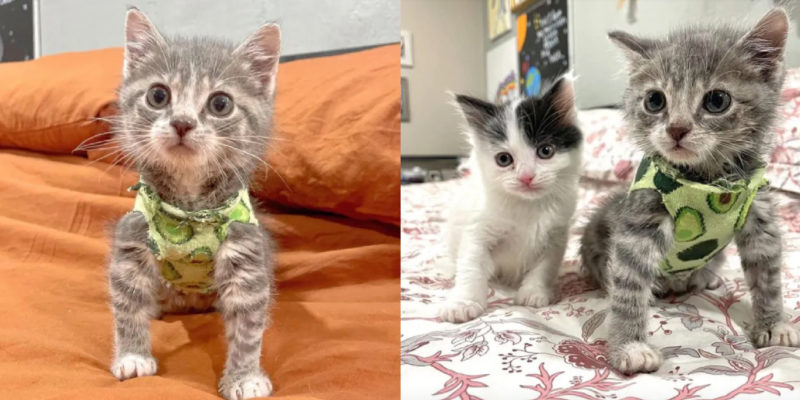 A little gray kitten came to the Community Cat Club to get a ticket to a better life. 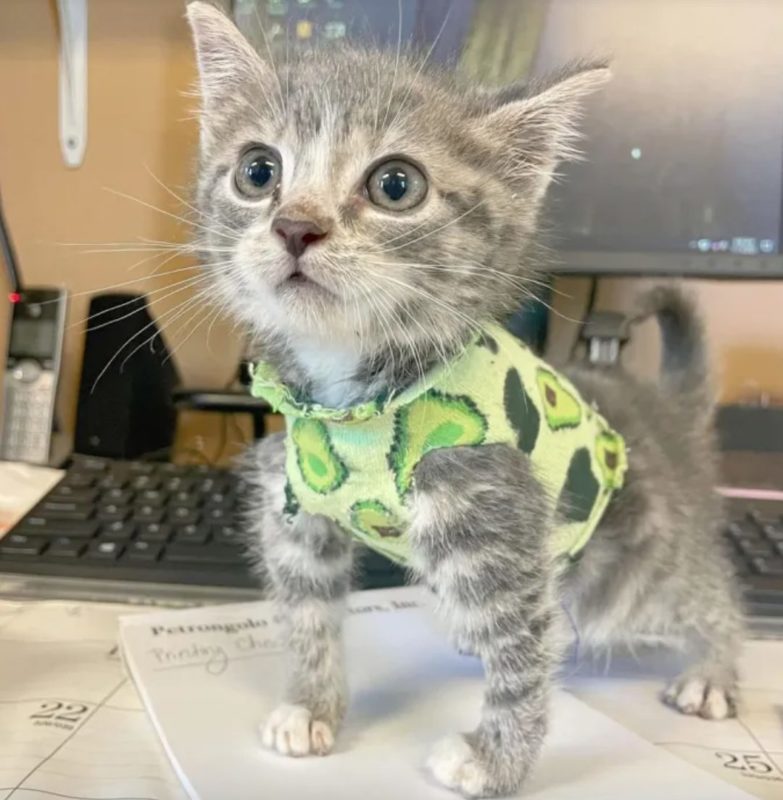 “He was found on a military base all alone, after which he came to us,” says Sara Sharp, president and founder of the Community Cat Club.

Having received the kitten, the rescuers noticed that his chest was deformed.

Despite this circumstance, a kitten named Leroy from the first day did nothing but please his rescuers: he ate heartily and enjoyed human care. 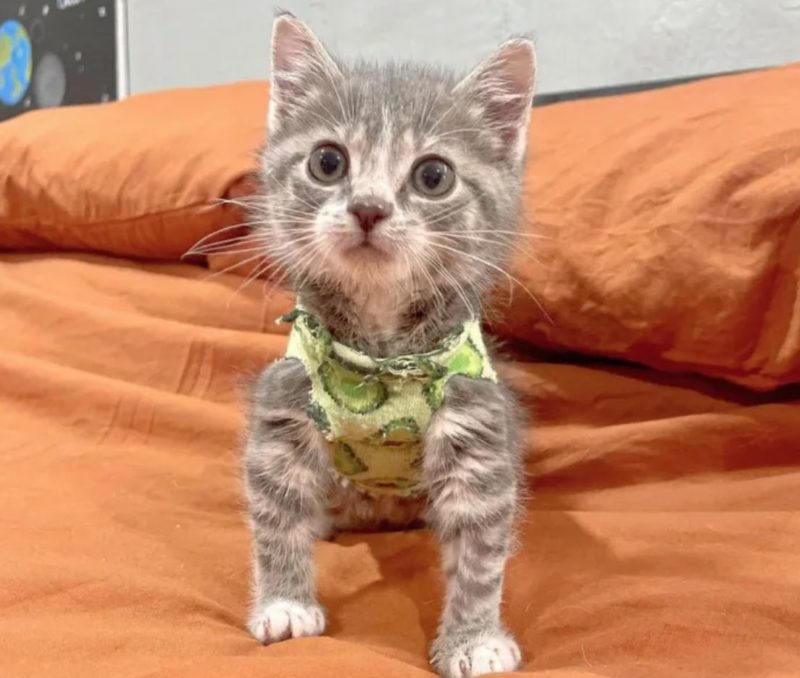 “Leroy’s defects are pronounced. We will do our best to help him.”

His diagnosis, pectus excavatum, is a congenital deformity of the chest.

Leroy has a severe case, so corrective surgery was required. 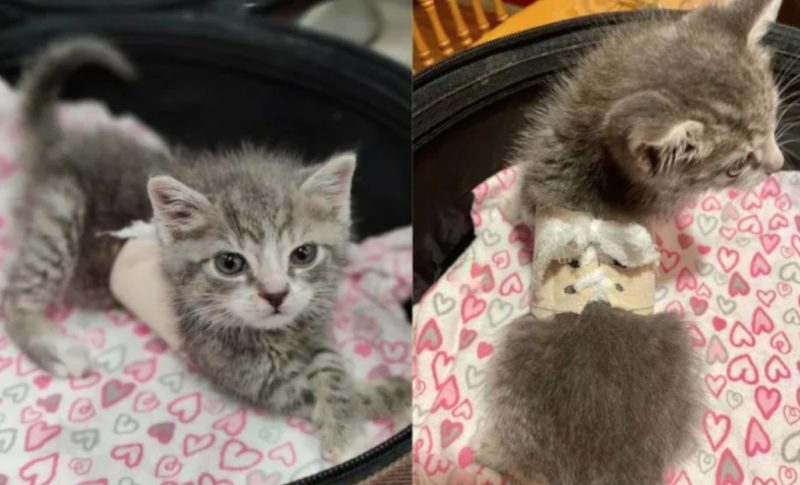 He wore a cast (similar to a corset) for several days to help his breasts take on the correct shape. Then Leroy was operated on, and this operation turned out to be life-saving.

“This operation was necessary for him, it was impossible to do without it, because he did not weigh even half a kilo, the flaw made it difficult for him to breathe and shifted his heart to one side.”

“This boy is a fighter! With his weight, he underwent a rather difficult operation. Small but strong.”

And now, Leroy has already jumped on his paws and was ready to play as if nothing had happened.

Nothing could stop him from having fun.

“He will have to wear a small plate on his chest for six weeks so that his chest continues to develop normally. The vet checks him every week and loosens the plate as he grows,” says Sarah.

“While he has to wear those cute little shirts, his chest plate is hiding underneath.” 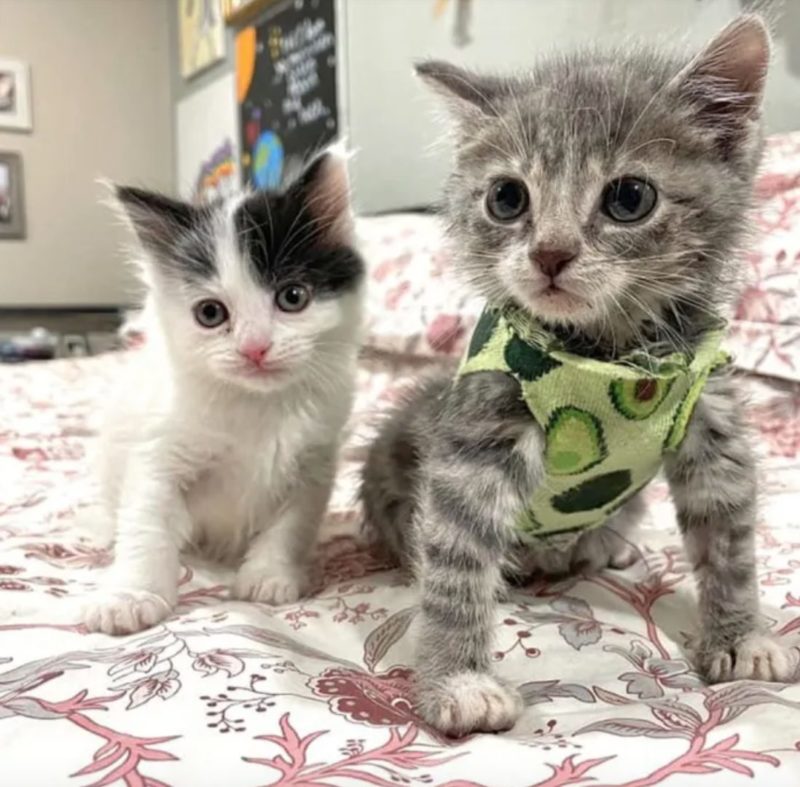 Once again at the veterinarian for an examination, the miracle boy amazed everyone with his progress, which exceeded expectations.

Leroy is a ray of sunshine for everyone he meets, both animals and humans. 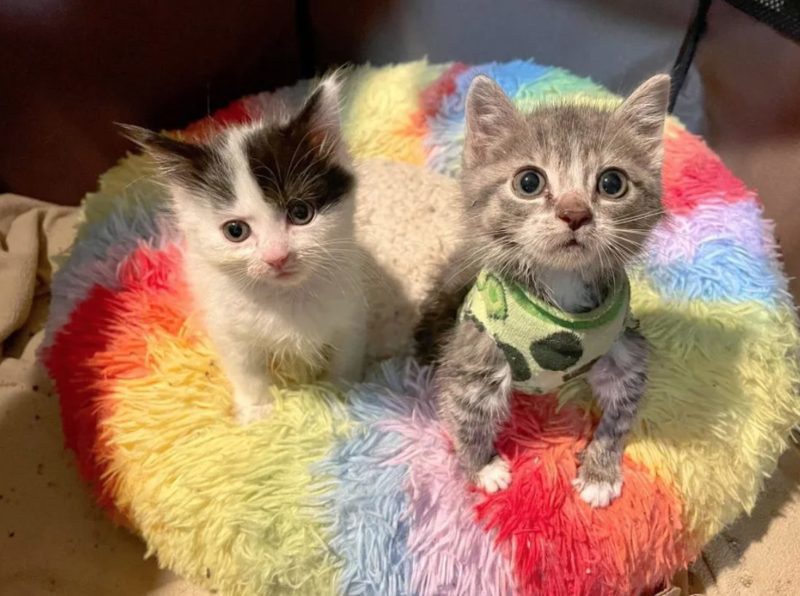 He befriended another foster kitten, Poppy, and they do everything together now.

“They are crazy about each other and are going to spend a lot of time together for the next six weeks,” says Sara.

“”Leroy is the sweetest nutcase, you can’t tell from him that something is wrong with him. From the moment we got him, he just wanted love.”

“He runs and plays like nothing happened. He loves his best friend, Poppy, a cozy bed and canned food.

Tulip has faced countless challenges in her short life, but the 10-month-old kitten still greets each day with a smile
Animals
0 260