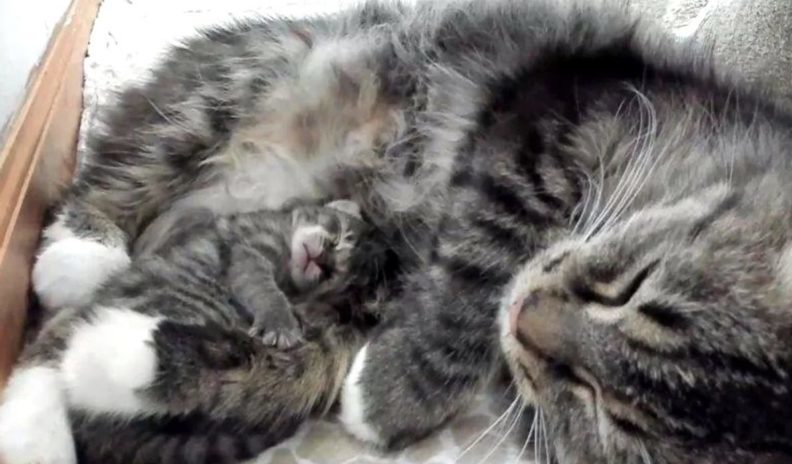 Pregnant Shelby was kicked out by her owner a few days before giving birth.

Kind people did not leave the cat in trouble and provided her with food, and newborn kittens with warm blankets. 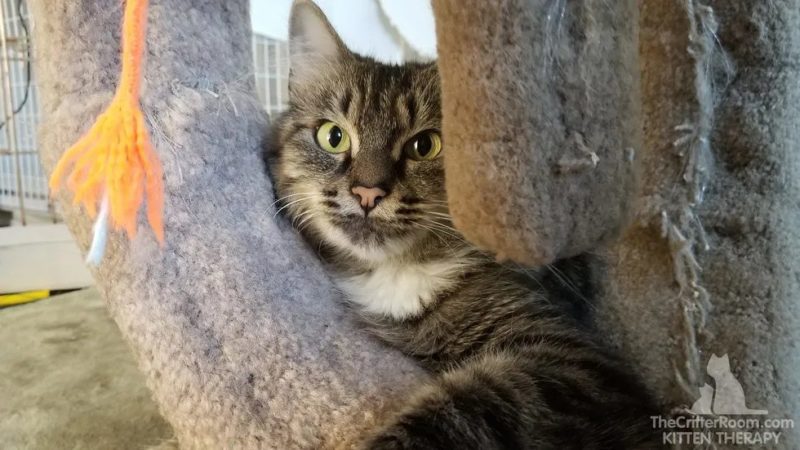 When the babies grew up, the family was taken to a local shelter.

And from there they were taken away by the Arlington charity organization Purrfect Pals, which helped the kittens find new owners.

It was decided to sterilize Shelby. But at the clinic, it was discovered that she was pregnant again. 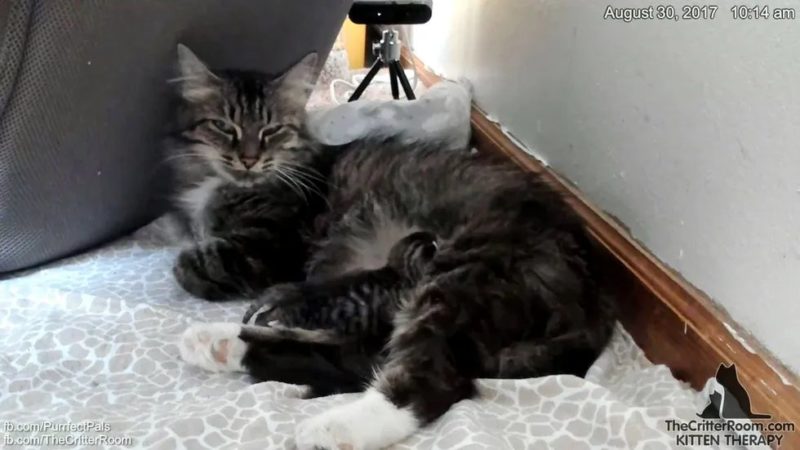 The great animal lover John Bartlett, who has been collaborating with Purrfect Pals for many years, took care of the expectant mother.

At the end of August 2017, Shelby gave birth to four kittens, but only one of them – he was named Sparky – was born alive.

The little one struggled with death for several days, but four days later, in the arms of his mother, he left this world. 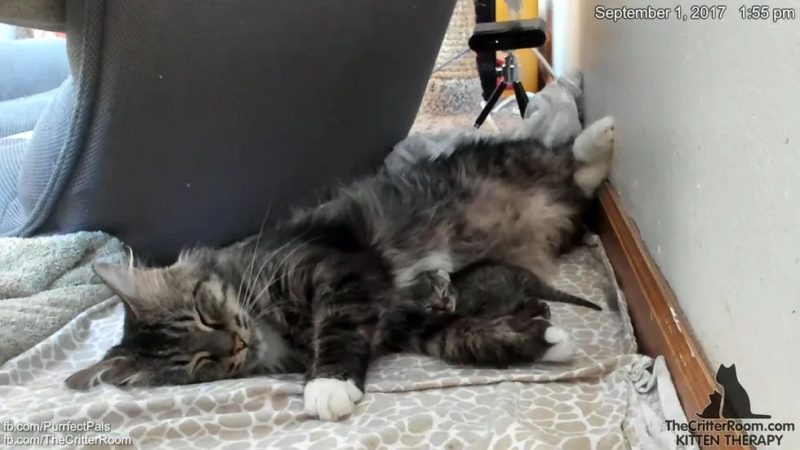 On the same day, to everyone’s surprise, Shelby gave birth to her fifth kitten.

John was driving his cat home from the veterinary clinic when he heard a loud squeak in the back seat.

Lizzy – that was the name of the newborn – turned out to be the strongest of the entire litter.

After four days of suffering, Shelby and her new owner were able to breathe easy.

The young mother did not let the kitten go for a second. Lizzie became her comfort after the death of four kittens.

Although the kitten was born very small, she ate well and quickly gained weight. 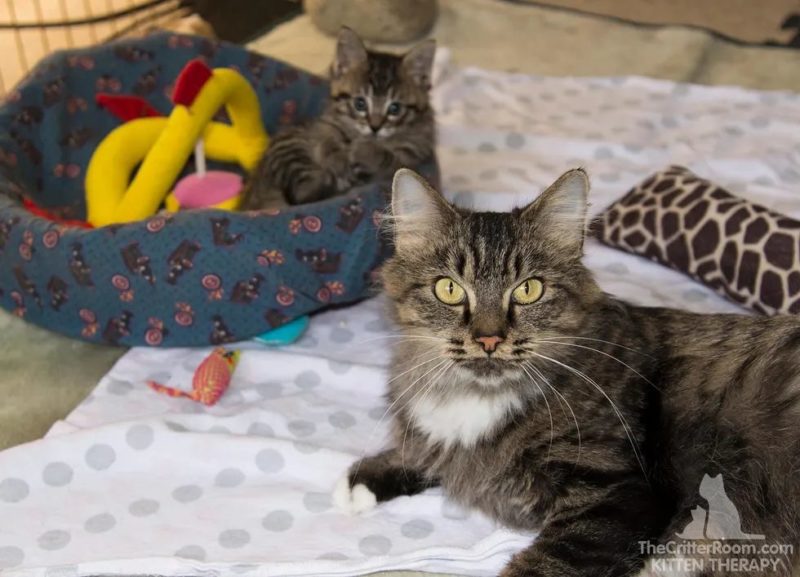 15 days after birth, she blossomed and became very energetic.

Lizzy always wanted to play with her mother, who seemed to enjoy the company as much as the kitten.

When it came time to look for permanent owners for Shelby and her kitten, it was decided not to separate them. 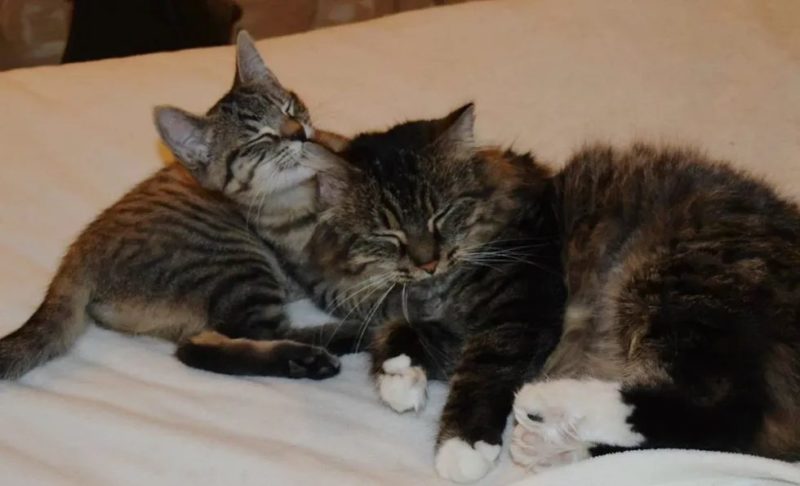 Fortunately, there was a family ready to take two cats at once.

After all they’ve been through, they finally found a warm home and two new friends.