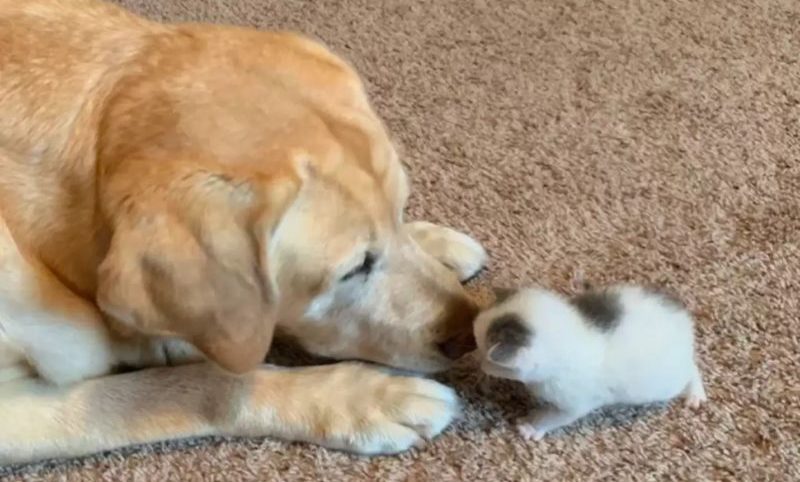 Delaware resident Morgan McKenzie was making her rounds on her farm when she suddenly heard a thin squeak coming from a hollow log.

It was made by a gray-white abandoned kitten. 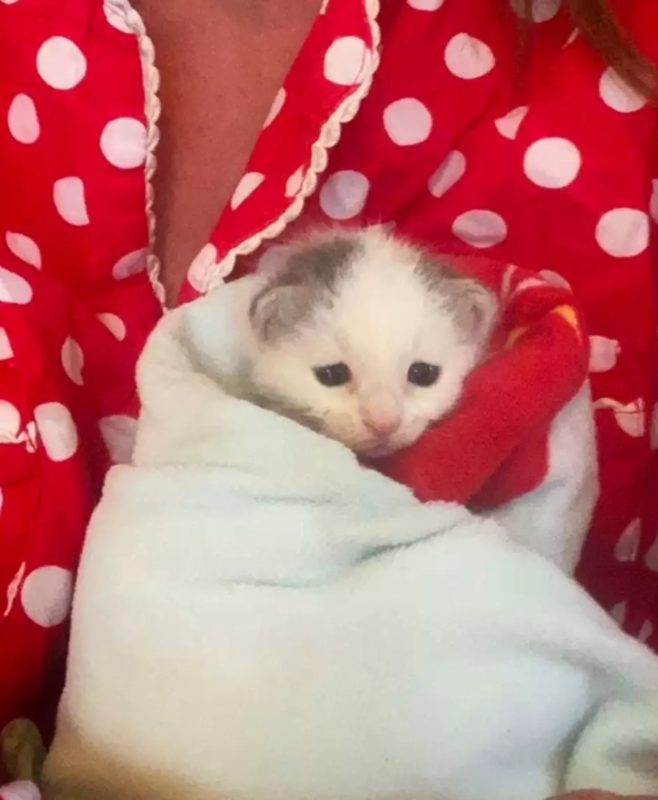 Morgan decided not to touch the baby for now and leave her in case his mother returns.

Late in the evening, the woman went to check the log again and it turned out that the kitten was still there.

She clearly needed help, and Morgan decided to take her home.

The cat – and it was a girl – looked like a day or two. She hadn’t seen anything yet and was hungry.

The baby was named Polly after the cartoon character Polly Pocket.

The cat was covered in fleas, so Morgan decided to give her a bath first.

And at that moment 12-year-old dog Paxton came into the bathroom. 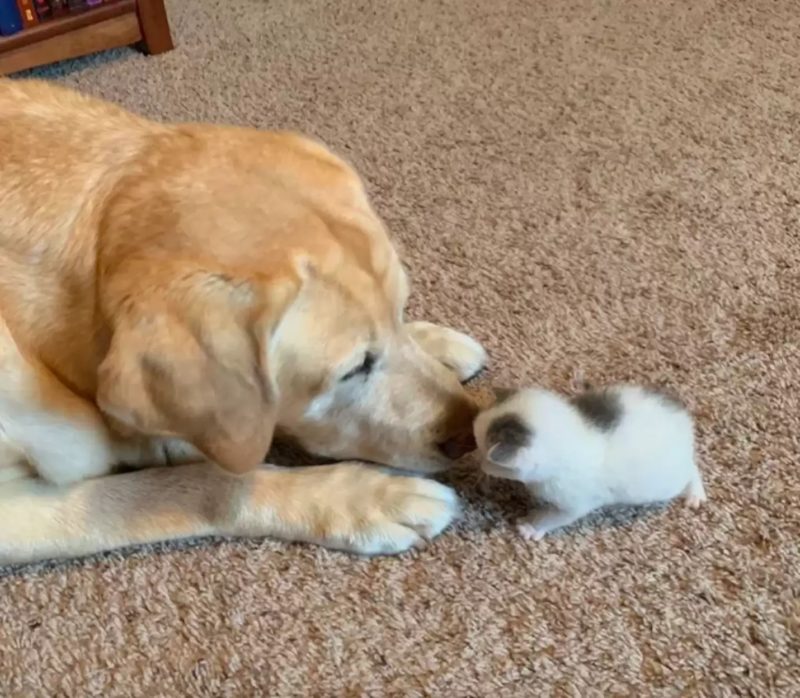 “I think he fell in love with her at first sight,” says Morgan. “After she ate, he began to lick her, and she liked it, because she needed love and care.”

It looked as if Paxton had taken on the parental responsibility of taking care of the kitten.

And the baby, in turn, quickly accepted his care, although she had not yet seen what her new friend looked like.

“She was always very quiet,” Morgan recalls. “But as soon as she heard Paxton’s footsteps, she immediately took off in the direction from which the sounds came.”

Five weeks after the birth, Polly’s vision cleared up, and the pets became even closer to each other. 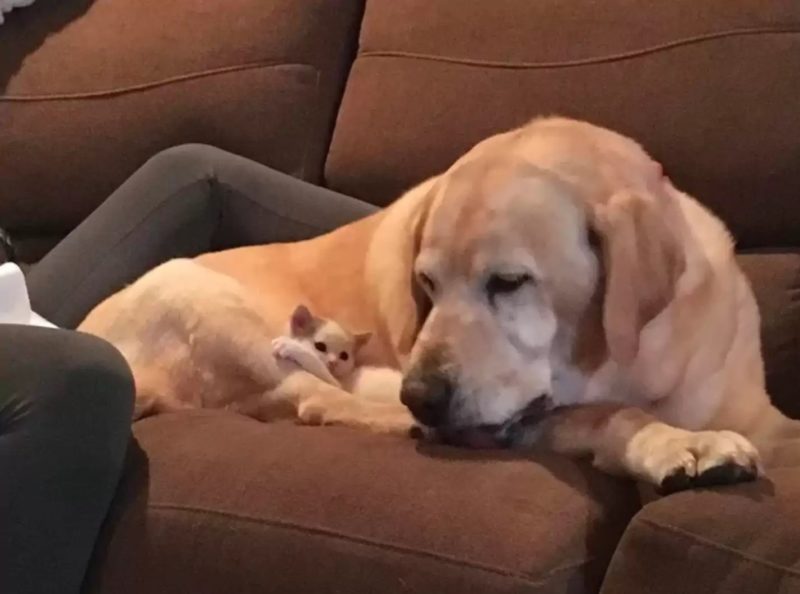 “Polly didn’t know her mother and accepted the dog’s care as the norm,” says Morgan. “She licked Paxton and he licked her. I don’t think Polly even knows she’s a cat.”

A happy couple spends all the time together – whether it’s sleeping in an embrace on the couch or fun games.

Now Polly is five months old and Paxton is about to turn 13 and they are still very attached to each other.

The cat grew up, got stronger and became very active.

She was lucky that Paxton had limitless patience and that he was able to calmly endure all her antics – even playing with his favorite toys.

“These two love each other,” Morgan says. “And I’m glad I found Polly in time.”

Touching story by the post office. A kind woman gives a jacket to her dog
Animals
1 1303

Hero in a leather jacket: a biker rescued a small dog being abused on the highway and made it his co-pilot
Animals
0 762
Our Top Posts