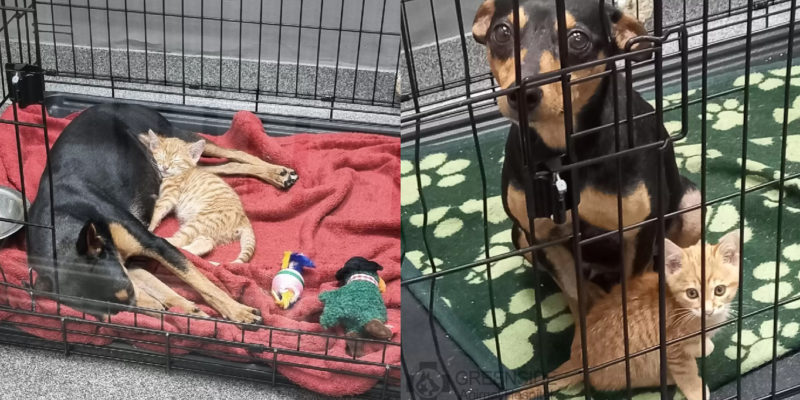 A ginger kitten named Biscuit was found after a rainstorm in a rainwater sewer. He was soaked to the skin and loudly called for help. 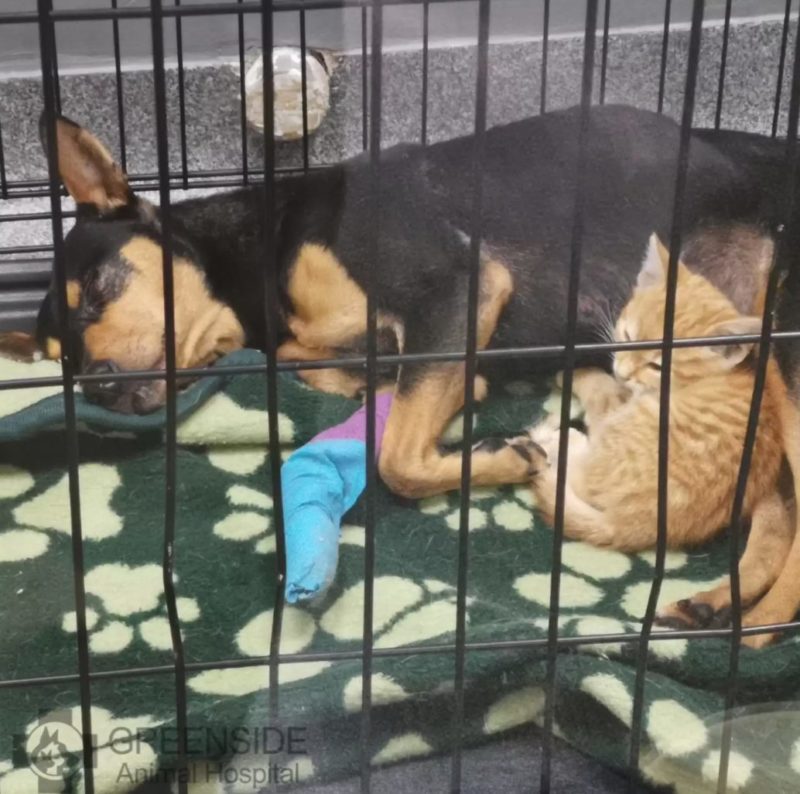 The kitten rescuer brought him to Greenside Animal Hospital. Since nothing was known about the health of the animal, he was placed in a temporary isolation room, where he had the opportunity to rest and recuperate.

Needless to say, being in a new place, Biscuit was very nervous. He appeared to be no more than 10 weeks old, and apparently had little contact with humans, so that every time someone approached his crate, he arched his back. 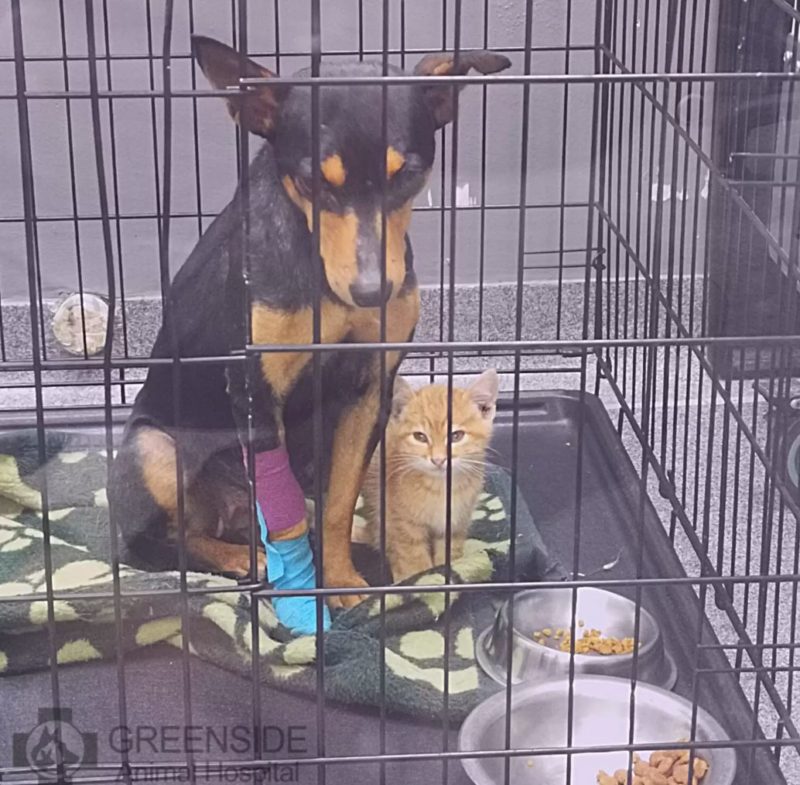 However, the kitten exchanged anger for mercy if he saw food – during his life on the street, he was very hungry.

Biscuit was not alone in the isolation box. A few meters away in a crate was Ann, a stray dog ​​found hiding in the bushes next to the sports club.

She was covered in parasites from head to toe and was very weak. One of the trainers brought the animal to the clinic and paid for its treatment.

Cats and dogs are usually kept in separate rooms at Greenside Animal Hospital, but the isolation ward is where animals of all kinds survive quarantine together.

Biscuit and Ann’s crates were in different parts of the room, and they could not contact – at least that’s what the staff thought. But the ginger kitten had his own plans!

One morning, the clinic staff, who came to work, found Biscuit sleeping in the same crate with Ann.

The kitten curled up next to the dog.

“We underestimated the kitten’s flexibility. He squeezed through the narrow bars of the crate. And since the dog was too weak, she did not pose any danger to him. When we saw them together, we panicked. But it turned out that the kitten and the dog get along very well,” Dr. Jaubert Villein and Dr. Suzette Grube, owners of the veterinary clinic said.

Ann, although she was weak due to her injuries, was very kind and attentive to her new friend. She liked the company of the kitten. And he, apparently, really needed communication and support and found them in a friend in captivity. 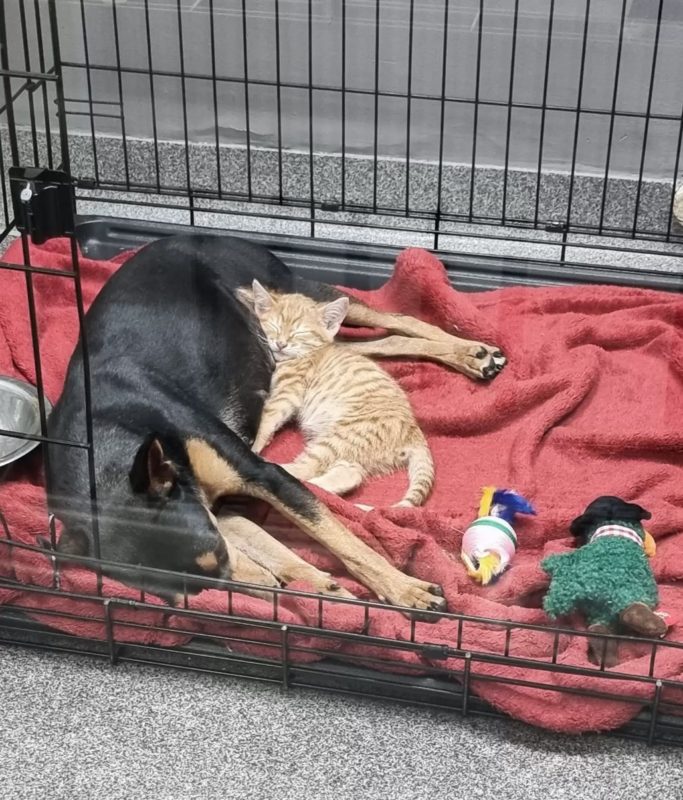 And although the staff tried several times to separate the friends, Biscuit still got out of his crate and returned to Ann again. These two firmly decided to go through a difficult period together.

The doctors gave up. The kitten finally moved into Ann’s crate along with food, water and bedding.

It’s amazing how well this red-haired scoundrel worked on a dog!

Having entered the clinic in a deplorable state, now Ann was recovering. Communication with a new friend helped restore her desire to live and fight.

Watching these two sleep cuddled up together and share their food is truly satisfying. The goofy kitty sometimes plays with Ann’s tail, and she doesn’t seem to mind at all.

A dog and a kitten are very different – both in appearance and in temperament, but something brought them together.

The clinic hopes that after the recovery of the animals there will be a family that will be able to shelter the two of them at once. They do not want to separate these sudden friends.

Golden retriever won’t go anywhere without his favorite toy: a stuffed animal that looks just like him
Animals
0 109

During the concert, Pink saw a poster in the crowd of fans and stopped the performance: everyone was crying
Interesting News 0 625